In his video message to mark the birth centenary celebrations of Sheikh Mujibur Rahman, the PM delivered a criticism of Pakistan. 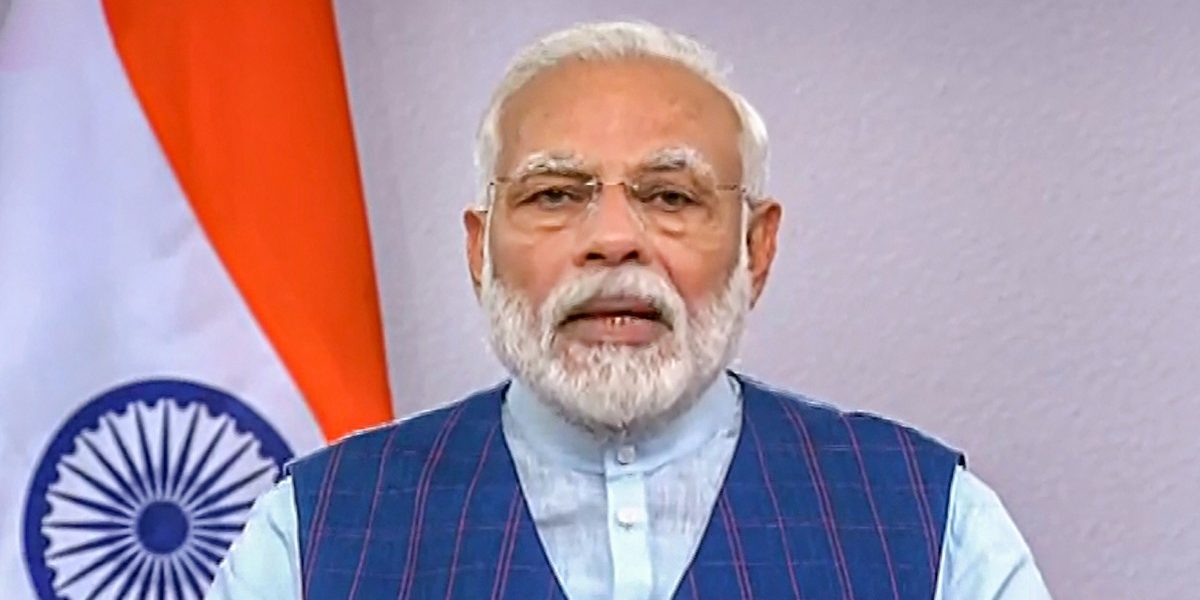 New Delhi: Prime Minister Narendra Modi on Tuesday said India and Bangladesh have scripted a golden chapter of bilateral ties and given new dimension and direction to their partnership due to increasing trust between the two nations.

In his video message to mark the birth centenary celebrations of Sheikh Mujibur Rahman, the prime minister said ”Bangabandhu” devoted every moment of his life towards bringing Bangladesh out of the phase of devastation and genocide.

In an oblique reference to Pakistan, the prime minister said, “We are all witnessing that how making terror and violence weapons of politics and diplomacy destroys a society and a nation. The world is also watching where the supporters of terror and violence are currently placed and in what state they are, while Bangladesh is scaling new heights.”

He said the life of Mujibur Rahman, popularly called Bangabandhu, gives a great message to the world of the 21st century.

“We all are well aware, how a repressive and cruel regime, disregarding all democratic values, unleashed a reign of injustice on ”Bangla Bhumi” and devastated its people,” Modi said in an apparent reference to the role of the Pakistan Army in then East Pakistan.

Mujib turned Bangladesh into a positive and progressive society. “He was absolutely clear that hatred and negativity can never be the foundation of any country”s development,” Modi said.

Bangladesh, Modi said, is moving ahead, inspired by Bangabandhu, and under the leadership of Sheikh Hasina with inclusive and development oriented policies. “And this is really commendable,” he said.

Be it economy, other social indices or sports, today Bangladesh is setting new benchmarks.

It has made unprecedented progress in many fields like skill, education, health, women empowerment, micro finance, the prime minister said.

“I am also happy to mention that in last five-six years, India and Bangladesh have scripted a golden chapter of bilateral ties and given new dimension and direction to our partnership. This is because of increasing trust between the two countries that we have been able to amicably resolve complex issues such as land Boundary and maritime boundary,” Modi said.

He said that today, Bangladesh is not only India”s biggest trading partner in South Asia but also development partner.

“Electricity generated in India is lighting up lakhs of houses and factories in Bangladesh. A new dimension has been added to our relations through friendship pipeline,” he said.

Be it road, rail, air, waterway or internet, our cooperation in several sectors is connecting people of our two countries even more, Modi said.

The year-long celebrations were scheduled to open amid massive festivities at the National Parade Ground in Dhaka on Wednesday and was expected to be attended by several foreign dignitaries, including Modi.

But the celebrations were curtailed due to the novel coronavirus pandemic.

The prime minister said next year will be 50 years of Bangladesh”s liberation, and year 2022 will be the 75th anniversary of India”s independence.

“I am confident that both these milestones will not only take development of India and Bangladesh to a new height, but will also strengthen the bond of friendship between the two countries,” he said.

“Legacy and inspiration of Bangabandhu has made our heritage more comprehensive. India has always been attached to his ideals and values. Deep rooted relations between India and Bangladesh have been laid on the foundation of this shared heritage,” Modi said.