The junta first declared a state of emergency after seizing power from the elected government of Aung San Suu Kyi in a coup in February last year. 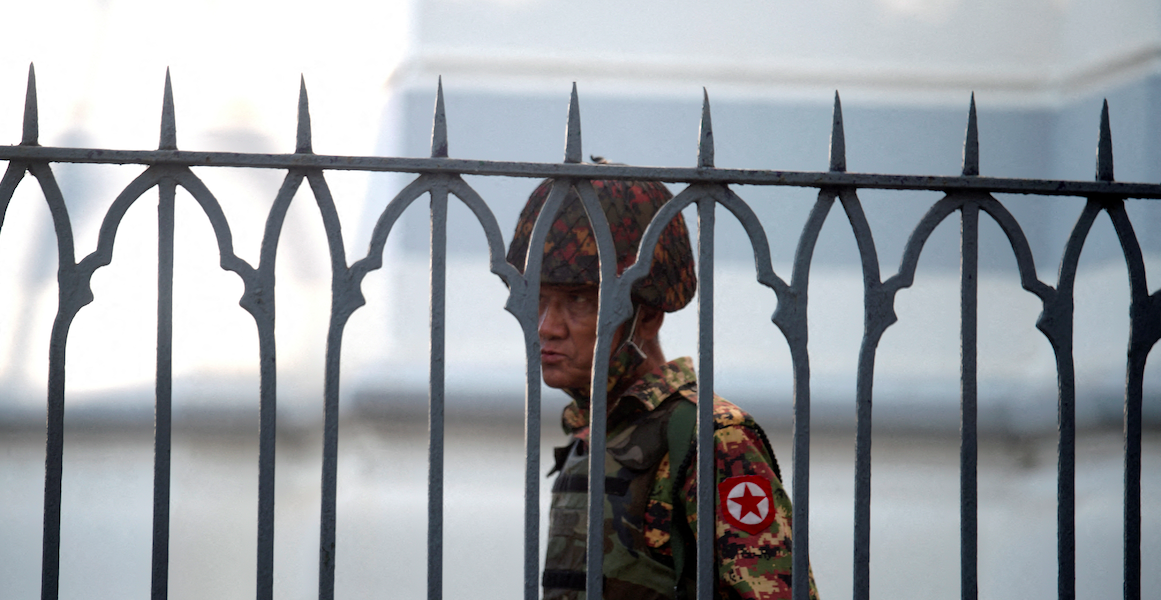 A Myanmar soldier looks on as he stands inside city hall after soldiers occupied the building, in Yangon, Myanmar February 2, 2021. Photo: Reuters/Stringer/File Photo

Myanmar: The head of Myanmar’s junta, Min Aung Hlaing, will extend the state of emergency in the country for a further six months, state media said on Monday, reporting that the junta’s national defence and security council had given its approval.

The junta first declared a state of emergency after seizing power from the elected government of Aung San Suu Kyi in a coup in February last year.

“The members (of the security council) unanimously supported the proposal to extend the period of the declared state of emergency for another six months,” the Global New Light of Myanmar reported.

In our country, we must continue to strengthen the ‘genuine and disciplined multi-party democratic system’ which is the desire of the people,” the paper cited Min Aung Hlaing as saying.

Myanmar has been in chaos since the coup, with conflict spreading across the Southeast Asian country after the army crushed mostly peaceful protests in cities.

The junta said it had taken power because of voting fraud in a November 2020 general election that was easily won by Nobel laureate Aung San Suu Kyi’s party. Election monitoring groups found no evidence of mass fraud.

The military has pledged to hold new elections in August 2023 though the timetable has already slipped and opponents do not believe the planned elections will be free and fair.