Insight: In Fear of the State - Bangladeshi Journalists Self-Censor as Election Approaches

The draconian Digital Security Act has aided in the suppression of press freedom and free speech in Bangladesh as incumbent Prime Minister Sheikh Hasina is seeking a third term in the upcoming December 30 elections. 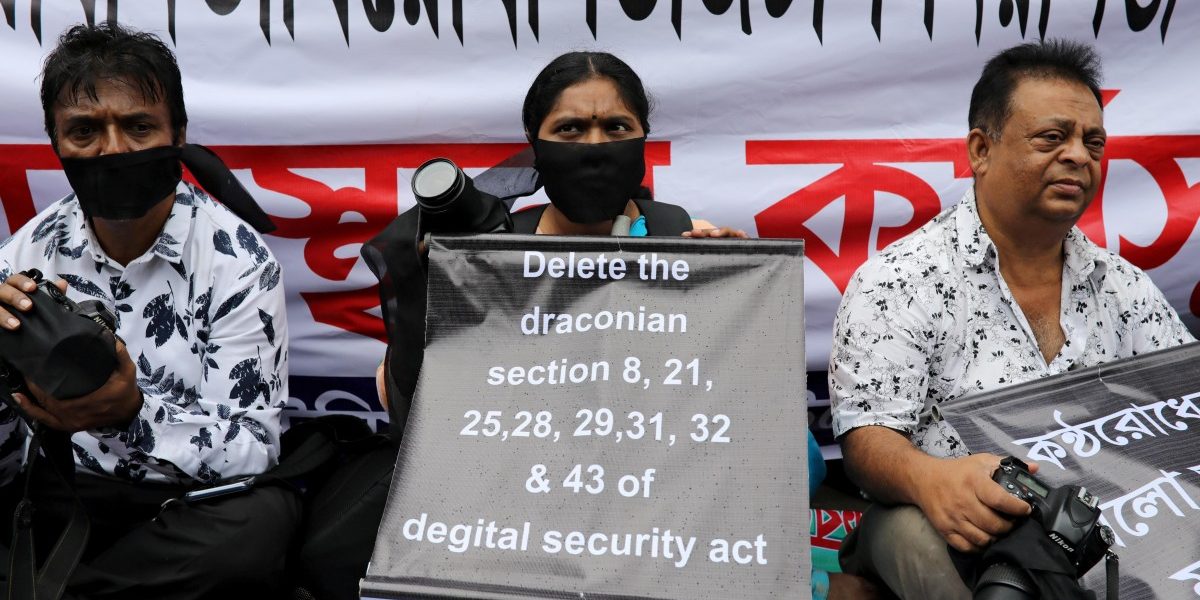 Dhaka: With less than a month to go to a general election, many journalists in Bangladesh say they are living in fear of ever-tightening media laws and engaging in self-censorship as a result.

While Prime Minister Sheikh Hasina’s administration has won plaudits globally for welcoming hundreds of thousands of Rohingya refugees fleeing persecution in Myanmar, critics have lashed out at it for cracking down on free speech and an increasingly authoritarian rule.

In interviews Reuters conducted with 32 journalists and editors across print, digital and broadcast media in Bangladesh, the vast majority said the recent strengthening of defamation laws with a new Digital Security Act (DSA) has spread a climate of fear in the industry.

Dozens of journalists were arrested for defamation under the earlier law, the Information and Communication Technology (ICT) Act.

The DSA goes further – penalising obtaining papers, information, or pictures from government offices without official consent, said Asif Nazrul, a professor of Law at the University of Dhaka. “It would make investigative journalism on corruption, human rights abuses and bad governance very tough, if not impossible,” he said.

Another piece of legislation, the Broadcast Act 2018, was proposed in October to regulate broadcast news portals.

Both laws restrict bail and allow arrests without a warrant.

The government has denied accusations it’s trying to curb press freedom and Hasina assured a press briefing in October that “journalists who do not publish false news need not worry” about the DSA.

Journalists, however, question the timing of the laws and have staged protests in recent weeks in the capital Dhaka, particularly against the DSA, which they say will thwart their ability to report independently, especially on the upcoming election. 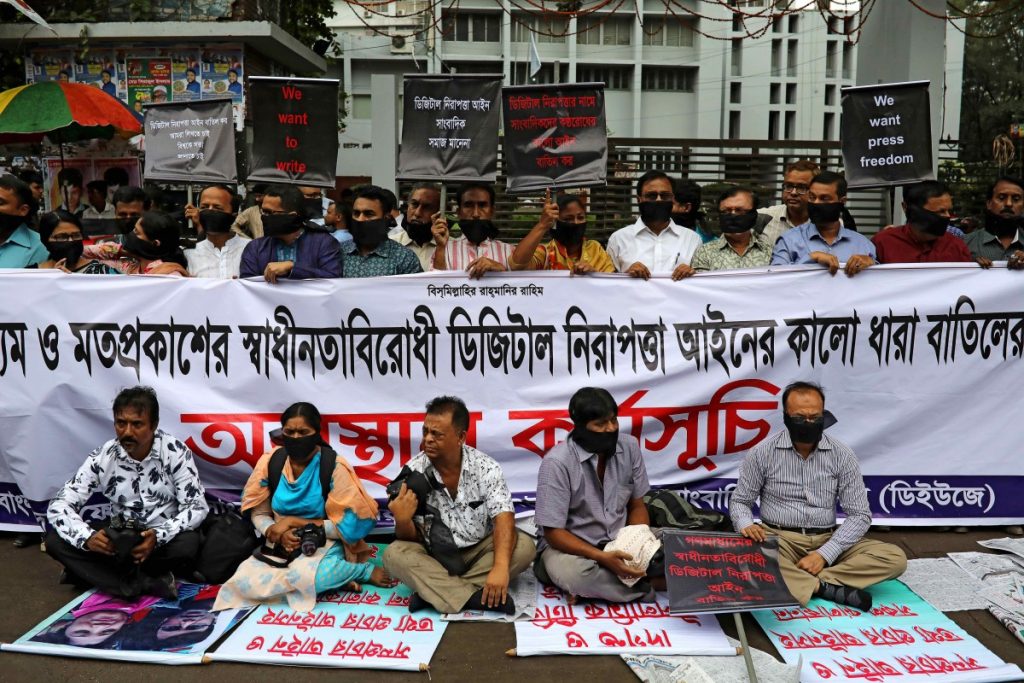 Critics of Hasina, who is seeking a third straight term in power, say the Dec. 30 election will be a litmus test for the strength of democracy in Bangladesh. The last election in 2014 was boycotted by the opposition Bangladesh Nationalist Party (BNP) as unfair and shunned by international observers, with more than half the seats uncontested.

“As an editor, I feel sad when I kill a report that was the outcome of several days of exhaustive work by a reporter. But I take the decision purely to save the reporter because I know the risks involved in publishing it,” he said. “I fight every moment with myself and with my shadow.”

H. T. Imam, a member of the ruling Awami League and Hasina’s political adviser, said journalists need not fear doing their jobs, and “can write on whatever is happening on the ground.”

“But they should restrain themselves from distorting the truth – that is very important,” he told Reuters. “You should not equate liberty with licence.”

The government also says new licences to operate have been issued to several media organisations under Hasina’s rule, indicating its support of an independent press.

But while Bangladesh has a bevy of news outlets, many journalists say they can’t write as freely as they once did. The case of The Daily Star, the country’s most widely circulated English newspaper, stands out:

“I used to write a column regularly and fearlessly. Now, I seldom do,” said Mahfuz Anam, who has been the editor of The Daily Star for 25 years.

Anam was charged with defamation and treason in more than 80 cases filed by Awami League workers in 2016, with damages sought exceeding $8 billion. They were filed in various lower courts across Bangladesh, forcing him to run around the country seeking bail, and he’s had to obtain periodic stays on them ever since.

Anam says his paper is barred from covering the prime minister’s events, and advertisers have privately told him that officials have pressured them to stop advertising in his paper.

Two officials at two of Bangladesh’s biggest telecom operators said the government had instructed them in 2015 to stop advertising in The Daily Star. They declined to be named for fear of reprisals. “We never interfere or influence any private organization as it is completely their wish and right,” Information Minister Hasanul Haq told Reuters, referring to the advertisers. He said decisions on who should be allowed to attend the prime minister’s events were taken by Hasina’s security department.

Government assurances that the laws won’t be used against them have failed to assuage concerns of many journalists, who point to past arrests.

While the police says it doesn’t maintain figures on detained journalists, global media watchdog Reporters Without Borders says at least 25 journalists and several hundred bloggers and Facebook users were prosecuted under the ICT Act in 2017 alone.

The new DSA has “vaguely-worded provisions that would allow authorities to clamp down even more on dissent,” the group said.

Under the proposed broadcast law, media outlets publishing or broadcasting anything deemed to be “false” or against national interest could be fined, lose licences or see their staff jailed.

It’s unclear how the election results might impact media freedoms. The BNP says it would strike down the DSA if it wins, but it cracked down on media organisations seen as unfriendly when it was in power more than a decade ago.

Bangladesh now ranks 148th out of 180 countries on the press freedom index compiled by Reporters Without Borders, sliding from 121 in 2009 when Hasina came to power. Haq, the information minister, said the ranking was not fair as it reflected views of only private organisations. “It could be standard if it reflected both government and private views.”

Many journalists say there is a growing and conspicuous silence on public criticism of the government, especially online.

Those who speak out have faced action: On July 13, a day after Hasina told parliament it was impossible to accede to some student demands, Maidul Islam, a university professor, posted two words on Facebook “Hasi Na.” In the Bengali language, the words mean “Not Laughing.”

Days later, an activist backing the Awami League filed a complaint against Islam under the ICT Act, accusing him of defaming the prime minister. Islam was arrested and jailed for more than a month before he got bail, and if he loses the case he faces up to 14 years in prison.