The documentary captures the lives of traditional musicians, those that craft their instruments and the challenges they face.

Indus Blues is an aural and visual delight, and it is no wonder it is winning, and being nominated for, a slew of awards. A 75-minute documentary on the folk musicians of Pakistan by the young filmmaker Jawad Sharif, it takes the viewer through a musical journey across the country documenting the lives of both musicians and the makers of traditional musical instruments, in Sindh, Balochistan, Punjab and Khyber Pahktunkhwa.

The opening scene sets the stage, with Ejaz Sarhadi playing his Sarinda – a stringed instrument played with a bow – accompanied by his son on a saxophone in front of a deserted, beautiful building early in the morning. As the minutes tick by, people start to appear, and then a crowd gathers as officials protest the playing of the instrument in the premises. The young official – whose name and designation are not given – exclaims, “You are not permitted to play here. It does not matter if you have permission from higher authorities.”

The response is even more surreal when Arieb Azhar, a prominent singer and songwriter in his own right, and the creative producer of the documentary, argues that Sarhadi is the last true Sarinda player in Pakistan, and that it would be a tragedy not to document this part of the country’s culture. The official, clearly out of his depth, laughs uncomfortably and says, “No. No. This is not even a part of our culture.”

This is the crux of what Sharif sets out to document in this film, on the contest between centuries of cultural practices, and the new caretakers of culture, who see the identity of their country through a very narrow, religious lens. Indus Blues does this beautifully by letting the various artistes speak of their craft, of the generations that went before them, how they were trained, and what they endure today. The contradiction of such generations of musicians being told that they are not of their own culture is vivid and striking, and it is accompanied by some of the most stellar cinematography of Pakistan’s gorgeous landscapes – the deserts, the sea side, and the high Himalayas. 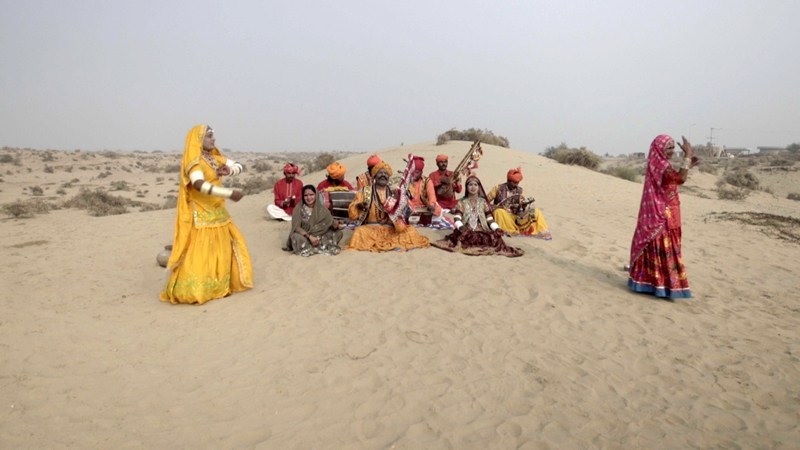 Sharif has a wonderful eye for visual composition, and the film is a succession of gorgeous set-pieces of traditional musicians performing in premises with stunning architecture. If there is a flaw in the style, it is that while the names of cities and their regions are mentioned, the specific buildings are left unnamed. The architectural heritage that is a central feature of the documentary, therefore, is left a little short-changed, for it is – like the musical instruments being played – a product of centuries of syncretic evolution.

A second, minor, shortcoming, is the name of the film itself. While it carries the name of the Indus, around whose river basin much of these cultures have flourished, the river itself is barely seen. As part of her documentation of the area she mapped in her book, Empires of the Indus, Alice Albinia also documented the location and songs of people along the river. In contrast, in Indus Blues, the river comes to the fore only when we arrive at Karimabad in the Hunza Valley, where it documents the work of the makers of the Chardha (another stringed instrument, also called the Rabaab in Kashmir) such as Shaqat Karim, and its players like Gulbaz Karim. The shot of Gulbaz Karim playing the Chardha on a boat, accompanied by a man playing a Duff – a tambourine like instrument – is spectacular, and makes you wonder why Sharif has chosen, so often, to use the backdrop of the dry and desert regions instead. 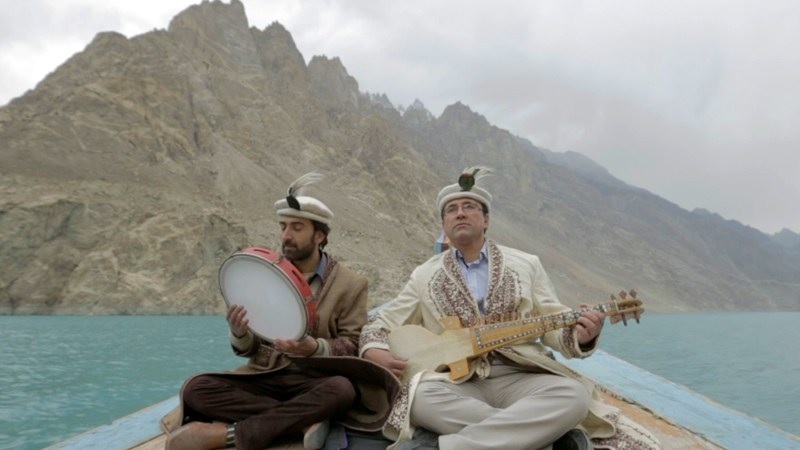 This is not to say that the other shots are any less visually arresting. The clothes, turban, and large earrings of Krishan Lal Bheel, the head of the Bhakti musical troupe of the Bheel tribe of Cholistan, make him a fascinating figure in the dry and dusty lands. The lilting voice of Mai Dhai in the scrub wastes is also striking, as her voice lights up a hard landscape, sparking joy in the eyes of children, women and men listening to her.

But maybe this bleakness is also a choice. As much as the documentary shows the joy that the music brings, it is situated in the bleak atmosphere of a conflict-ridden society, where the musicians are forced to talk of their relatives wounded by mortar shelling, or confronted by villagers accusing them of immoral practices. The pleasure of music, of older, generous traditions is – in the documentary – a small pool of cool water in an increasingly thirsty land.

This article was first published on the Third Pole.