We Will Get Territories Back From India: Nepal's PM Oli

In an address to the upper house of parliament, Oli claimed that he had the courage to bring up the territorial issue with India, while previous governments had kept quiet. 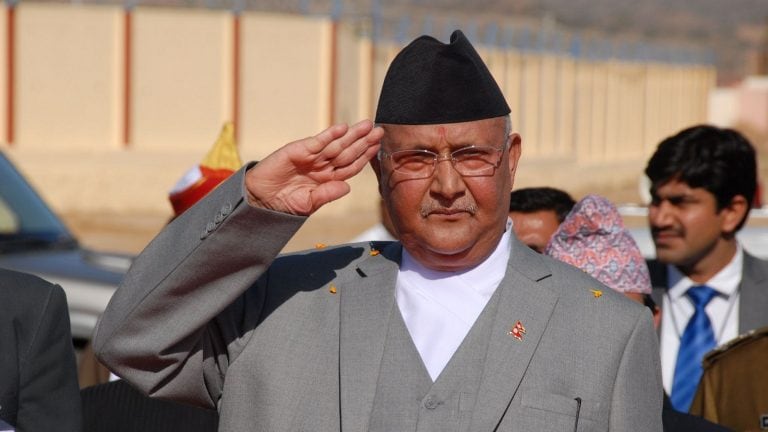 New Delhi: Even as he announced the Nepali foreign minister’s upcoming visit to New Delhi, Nepal Prime Minister K.P. Sharma Oli asserted on Sunday that Kathmandu will get the disputed territories of Kalapani, Limpiyadhura and Lipulekh back from India.

In an address to the National Assembly, Nepal’s upper house of parliament, Oli claimed that he had the courage to bring up the territorial issue with India, while previous governments had kept quiet.

“Kalapani, Limpiyadhura and Lipulekh which are located east of the Mahakali River belong to Nepal as per the Sugauli Treaty. We will get them back through diplomatic talks with India,” he stated, as reported by Republica newspaper.

He reiterated that the Nepali government had never attempted reclaim the territories after India stationed its soldiers during the India-China war in 1962.

“Some people are restless because my government issued the new political map incorporating the encroached Nepali territories. In fact, our rulers hesitated to speak against the Indian encroachment. Now, we [government] are working to get back these territories,” Oli said.

This is the first time that Oli has spoken about the dispute with India following the dissolution of the lower house of parliament last month. The mid-term elections are scheduled to be held in April and May this year.

The Nepali prime minister claimed that ties with the country’s two giant neighbours – India and China – had reached new heights under his government.

In fact, relations between India and Nepal had been at a low since 2019 following Oli government’s objection to India building a border road. Thereafter, Nepal issued a political map incorporating the disputed territories, which was then embedded in the national emblem through a constitutional amendment.

However, there had been a thaw in ties in the last quarter of 2020, with Indian foreign secretary Harsh Vardhan Shringla visiting Kathmandu in November.

“We are working to deepen ties with India based on sovereign equality. In fact, we want to deepen the relationship with India in true sense and we should not hesitate to raise our issues of genuine concerns with India,” Oli said in his address on Sunday.

He also publicly announced that Nepali foreign minister Pradeep Gyawali will visit India on January 14 to “discuss the boundary and other matters”.