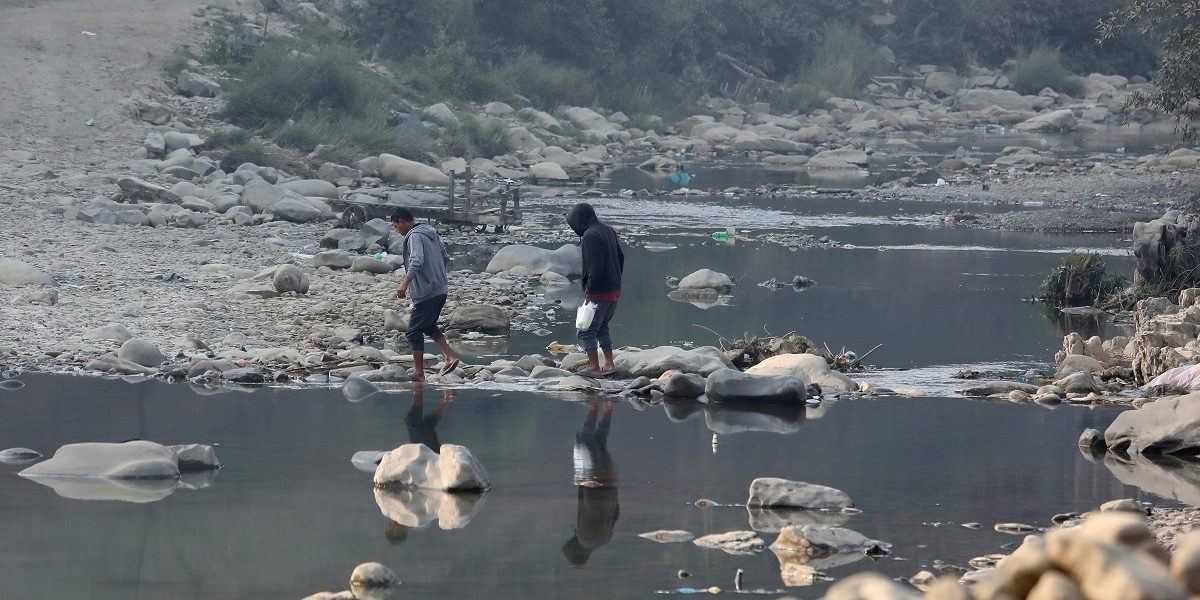 New Delhi: Thousands of people fleeing the junta’s crackdown in Myanmar have crossed into India‘s far-flung eastern states, leading to worries among officials there that the region could become a staging post for pro–democracy activists and stoke instability.

Three Indian states – Mizoram, Manipur and Nagaland – are currently sheltering around 16,000 people from Myanmar, civil society groups and government officials estimate, with the number expected to rise in coming months.

In Mizoram, where the most number of people from Myanmar have sought sanctuary, authorities are keeping a close watch on pro–democracy fighters joining refugees moving across the unfenced, densely forested border marked by the Tiau river.

“We are monitoring this very closely,” a state government adviser told Reuters. He said that some Myanmar fighters had earlier crossed over with the support of local people in India but had since returned.

“We will never allow them to train in Mizoram,” the adviser said. “If you disturb Mizoram, there will be a problem for the refugees.”

In early May, a group of at least 50 people from Myanmar held a training camp in Mizoram, a state police official and a resistance member told Reuters.

The camp in Mizoram’s Champhai district did not involve the use of weapons and was disbanded after Indian paramilitary troops made enquiries, the resistance member said, declining to be named.

“All the young people have moved back to Myanmar,” the resistance member said.

At least 850 people have been killed in the turmoil in Myanmar since the junta staged a coup in February, unseating the civilian government led by Nobel laureate Aung San Suu Kyi. Some of the heaviest fighting has taken place in Chin state, which borders India, in clashes between the military and local militias. 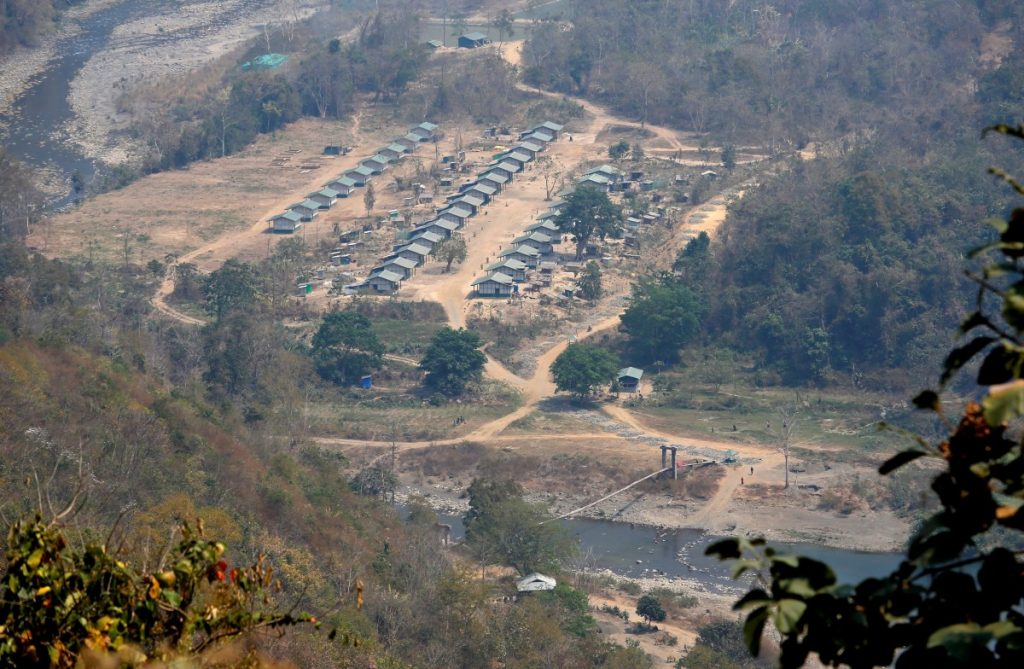 A general view of a camp of the Myanmar ethnic rebel group Chin National Front is seen on the Myanmar side of the India-Myanmar border, close to Farkawn village in Mizoram, March 13, 2021. Photo: Reuters/Rupak De Chowdhuri

An ousted lawmaker from Suu Kyi’s National League for Democracy (NLD) told Reuters some resistance fighters from Chin state had procured weapons from India and from the Arakan Army, an ethnic militia in Myanmar’s Rakhine region, fuelling a clandestine arms trade in the region.

“Naturally, these people want to fight the junta. What they will try to do, in my opinion, is to procure some arms from this side (India),” said the Mizoram police official with knowledge of the training camp.

India‘s 1,600 kilometre-long frontier with Myanmar has also long housed insurgent groups opposed to New Delhi’s rule. They operate on both sides of the border and profit from narcotics pushed in from southeast Asia, Indian security officials say.

“It is a genuine worry that if rebels cross over, it will give oxygen to Naga and Manipur insurgents,” a senior government source in New Delhi told Reuters, referring to the around two dozen insurgent groups that operate along the frontier.

A Myanmar junta spokesperson did not answer calls from Reuters for comment on the situation along the border.

India‘s foreign ministry referred questions relating to the situation in the eastern region to the home ministry, which did not respond to e-mails and messages.

Avinash Paliwal, a senior lecturer in international relations at SOAS University of London, said the influx and fighting along Myanmar’s border had created the most serious security situation in India‘s far east, often called the northeast, in three decades.

This could affect India‘s relations with the junta, and put some $650 million of New Delhi’s investments in port and highway projects in Myanmar at risk.

“The migrant crisis in the northeast may take a different, politicised or even militarised turn in the future,” he added.

In Mizoram state, where around 15,000 people from Myanmar are seeking shelter, authorities have written to India‘s foreign ministry for help with setting up eight refugee camps, according to a June 1 letter seen by Reuters.

In neighbouring Manipur, some of the 1,000 people who fled Myanmar are sheltering in makeshift camps in forested areas even as intense monsoon rains start, said human rights activist Babloo Loitongbam.

Loitongbam and a member of the Naga Students’ Organisation in Myanmar said there was a food crisis taking hold in the border areas of that country, with staples like rice in short supply.

“Besides the violence, the economy is also crumbling there. So, more people will come,” said Loitongbam, who is based in Manipur. “People have to find a way to survive.”