In a Rare Move, Pakistan Army Chief Likely to Visit the Maldives

The projected visit is being perceived as a ‘political signal’ directed at India. 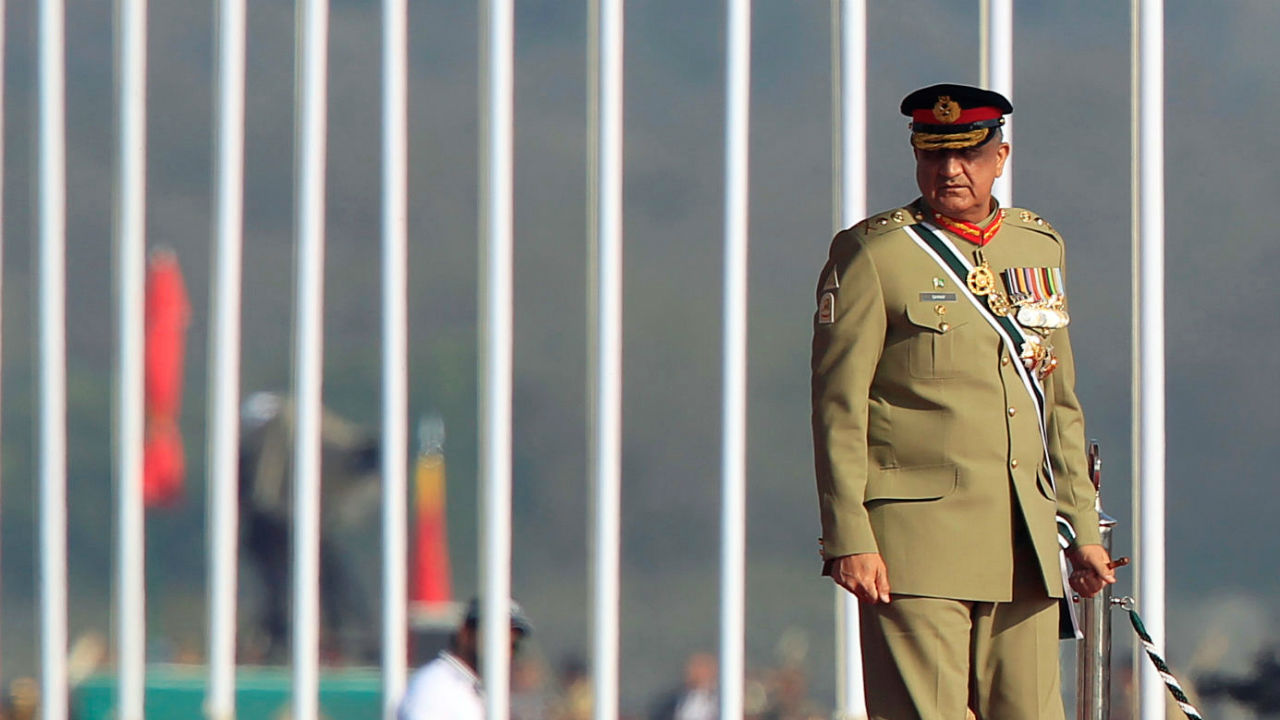 New Delhi: Pakistan army chief Qamar Javed Bajwa will travel to the Maldives this week, probably making him the highest-ranking foreign visitor to the island nation since President Abdulla Yameen’s announcement of a state of emergency – which was lifted after 45 days on March 22.

According to diplomatic sources, Bajwa will be reaching Malé on March 31 for a short trip. There has, however, not been an official announcement from the Maldives government on the visit.

The Wire contacted Ahmed Mohamad, the Maldives ambassador to India, to get a confirmation. “I am not aware,” he responded.

Sources said that Maldivian leadership had been keen on a visit from the Pakistan army chief “for some time,” but the timing of this proposed trip has raised eyebrows.

The Maldives has just emerged from a 45-day state of emergency, which has seen a further fraying of ties with its largest neighbour, India. There has been public disagreement over the direction of political developments, with the latest being over India’s statement to mark the end of the emergency.

If the trip fructifies, this would be the first visit by Bajwa to the Maldives since his appointment as the Pakistan army chief in November 2016. The last visit by a Pakistani service chief to the Maldives was by the Chief of Naval Staff Admiral Muhammad Asif Sandila in October 2013. He was awarded one of Maldives’s top-ranking honours by the then President Mohamed Waheed Hassan for his role in providing relief during the devastating 2010 Indian Ocean tsunami.

With Pakistani naval ships making regular port visits, the Maldives defence establishment has had comparatively more interaction with the country’s naval forces. In fact, the current Pakistan high commissioner and his predecessor are retired naval officers. In contrast, there have been limited links between the Maldives National Defence Force (MNDF) and the Pakistan army.

In 2016, the Maldives, along with Sri Lanka, took part in the two-week trilateral counter-terror exercise ‘Eagle Dash-1’ in Pakistan.

Last July, Pakistan Prime Minister Nawaz Sharif was in Malé as the chief guest for the Independence Day celebrations. Just prior to his trip, the Pakistani cabinet gave the approval to start negotiations on a draft memorandum of understanding (MoU) for opening a $10 million defence line of credit. The Maldives defence minister Adam Shareef Umar had earlier even expressed the possibility of buying two surveillance aircraft through the soft loan. However, no such MoU was inked among the six agreements signed during the July 2017 trip.

The 2017 joint communique had a single line under the sub-heading of defence cooperation – “President Yameen expressed appreciation of the Government of the Maldives for the continued assistance from Pakistan in training Maldivian National Defence Force personnel”.

While engagement with the Pakistani army is infrequent, a visit by the nation’s army chief to the Maldives is much more unusual, which has led diplomatic sources to perceive the projected visit as a ‘political signal’ directed at India.

Pakistan was, of course, one of the trio of ‘friendly’ countries that President Yameen had sent a special envoy to after the emergency declaration. India had not accepted the visit due to scheduling issues of the Indian leadership.

According to a Pakistani media report, Prime Minister Shahid Khaqan Abbasi had conveyed that they could not publicly give support to President Yameen, largely due to ruling party’s position on the 2007 ‘second coup’ by Pervez Musharraf, drawing uncomfortable parallels to the current state of affairs in the Maldives.

Pakistan’s visibility in the Maldives also brings China into the mix, with observers speculating that the visit by the army chief could have gotten a nudge from Beijing. 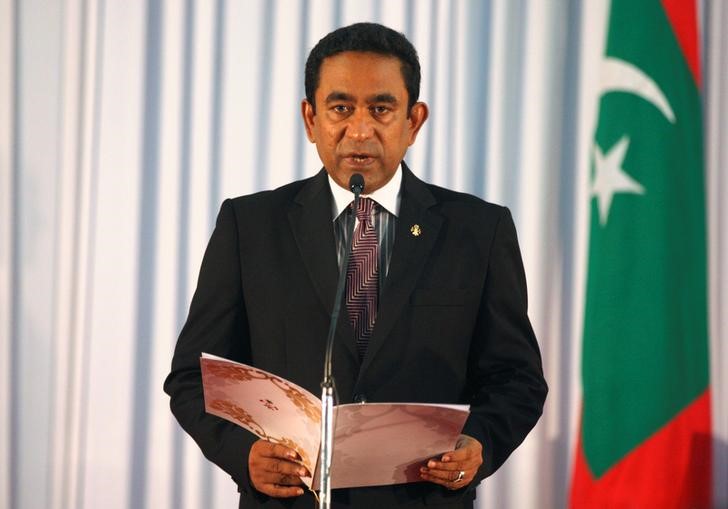 With annual military exercises, India has close military ties with the Maldives and had even signed a memorandum of understanding on defence cooperation in 2016. While some of the scheduled initiatives have been completed, like handing over a second advanced light helicopter to the Maldives and increasing slots for training, most others are still works in progress. It includes the full implementation of a coastal surveillance radar system, for which an enhanced amount of Rs 42 crore had to be allocated in the latest budget process of the Ministry of External Affairs.

India had committed to supply a second Dornier aircraft to the Maldives, but it has yet to be handed over.

Incidentally, the defence agreement was signed when President Yameen flew to India with an aim to get New Delhi’s support ahead of a meeting of the Commonwealth Ministerial Action Group (CMAG) to discuss the Maldives.

Since then, there has been a steady erosion in trust between India and the Maldives, despite Malé’s so-called ‘India First’ policy. Over the years, New Delhi has become frustrated at the increasing lack of transparency from the Maldives government about Chinese activities and projects in the Indian Ocean nation.

India had also been unhappy over the haste with which the Maldives government tabled and got parliament’s approval for a free trade agreement with China.

The gap between India and Maldives grew wider after New Delhi called for the full implementation of the Supreme Court’s ruling of February 1. The five-judge bench ordered the release of nine political prisoners and restored seats of disqualified parliamentarians, which directly led to the promulgation of emergency.

Within the first day of promulgation of emergency, Chief Justice Abdulla Saeed, SC Justice Ali Hameed and former President Maumoon Abdul Gayoom were arrested. They, along with nine others, were charged with terrorism and bribery.

During the 45 days when the Indian Ocean state was under emergency, over 20 articles of the constitutions were suspended. The opposition has claimed that over 60 were arrested during that time.

The Maldives government claims that the emergency was necessary to deal with a ‘judicial coup’ to overthrow the administration of President Yameen. The reinstatement of the disqualified MPs, who are former members of the ruling party, would have allowed the opposition to get a majority in the Majlis.

Following the declaration of emergency, former Maldives President Mohamed Nasheed, who is currently on self-exile, had called for India to intervene with a military component. The only public action that India has taken, so far, is the travel advisory to Indian citizens to defer all “non-essential” travel to the Maldives.

India had termed the lifting of the state of emergency as only the first step towards restoring the constitutions, full and independent function of judiciary and parliament, as well as the implementation of the “full bench order of 1 Feb 2018”.

The Maldives dismissed India’s concerns as disregarding ground realities and rebuked that the statement was “not helpful”.