More than 10,000 demonstrators gathered at the Galle Face Green urban park for an all-night vigil amidst the unprecedented economic crisis in the island nation. 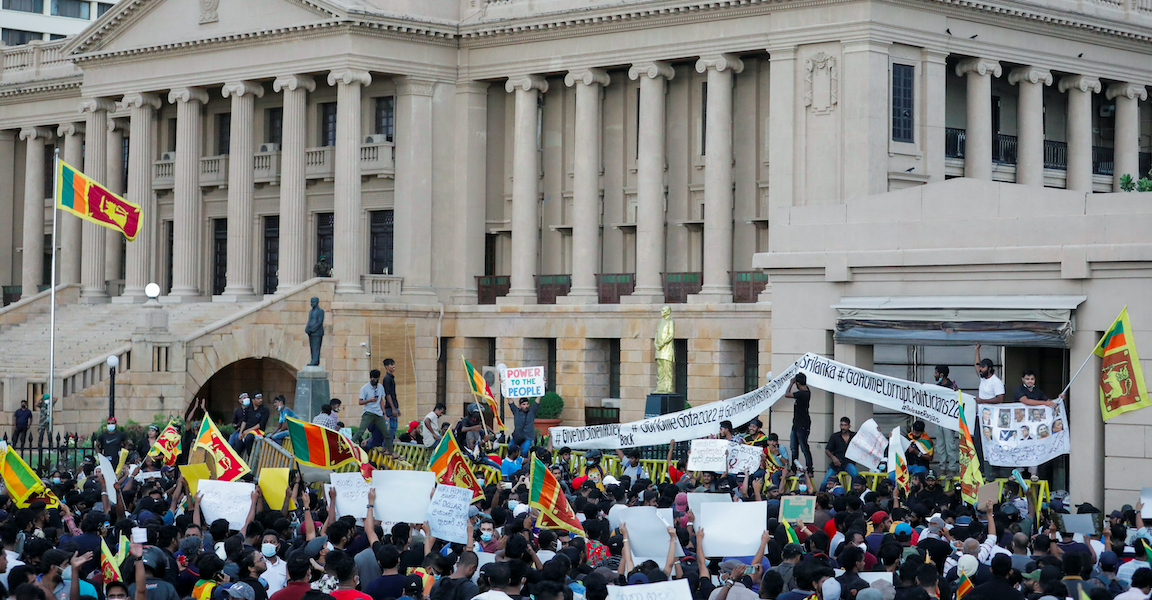 Colombo: A massive anti-government street protest demanding Sri Lankan President Gotabaya Rajapaksa’s resignation has turned into an all-night vigil as over 10,000 demonstrators gathered at the Galle Face Green urban park amidst the unprecedented economic crisis in the island nation.

Sri Lanka is facing its worst economic crisis since gaining independence from the UK in 1948.

People have been protesting for weeks over lengthy power cuts and shortage of gas, food and other basic goods.

Since mid-day Saturday, the protesters from all walks of life marched into Galle Face where Rajapaksa’s secretariat is located. By evening, the main Galle Road was completely blocked with protesters bringing the traffic to a standstill.

“We are still here,” a participant at the site had a social media posting by 6 am on Sunday. They claimed that mobile phone signals had been jammed in the area.

The protesters included dozens of Muslims who sat in the middle of a blockaded road to break their Ramadan fast. Muslim protestors Iftar (breaking of fast) during the holy month of Ramadan while they protest against Sri Lanka’s President Gotabaya Rajapaksa near the Presidential Secretariat, amid the country’s economic crisis in Colombo, Sri Lanka, April 9, 2022. Photo: Reuters/Dinuka Liyanawatte

Eyewitnesses said that a section of the protesters had remained for the all-night vigil. They were chanting “Go home, Gota,” urging the President to resign.

“This is not a joke, we are here because we have no electricity, gas, fuel and medicine,” a protester told reporters.

Sri Lanka will need about $3 billion in external assistance over the next six months to help restore supplies of essential items including fuel and medicine, finance minister Ali Sabry told Reuters on Saturday.

It’s a Herculean task,” said Sabry in his first interview since taking office this week, referring to finding $3 billion in bridge financing as the country readies for negotiations with the International Monetary Fund (IMF) this month.

The country will look to restructure international sovereign bonds and seek a moratorium on payments, and is confident it can negotiate with bondholders over a $1 billion payment due in July.

J.P. Morgan analysts estimated this week that Sri Lanka’s gross debt servicing would amount to $7 billion this year, with a current account deficit of around $3 billion.

On Friday, a new central bank governor raised interest rates by an unprecedented 700 basis points in a bid to tame rocketing inflation and stabilise the economy. 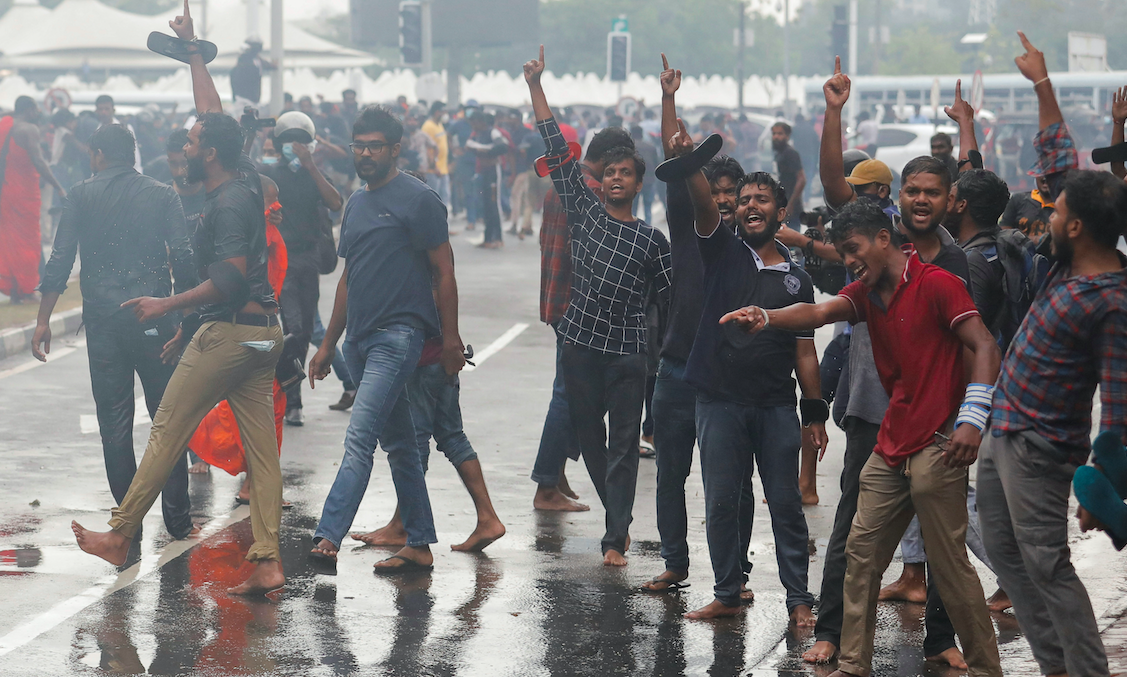 Sri Lankan authorities will also reach out to rating agencies, Sabry said, as the country looks to regain access to international financial markets after being locked out due to multiple ratings downgrades since 2020.

He said the government will raise taxes and fuel prices within six months and seek to reform loss-making state-owned enterprises.

The massive all-night protest was meant to draw a million people to demand the Rajapaksa family’s resignation.

The mass scale street protests began after a gathering opposite Rajapaksa’s private home was tear gassed on March 31 when several people were arrested and later granted bail.

Since then, the protesters have surrounded the homes of parliamentarians at different places.

The government has accused the Opposition parties, mainly the Janatha Vikmuthi Peramuna (the People’s Liberation Front), for organising the demonstrations.

The call for the President’s resignation is unconstitutional and the Opposition parties were accused of driving the island into anarchy.

Party sources said that talks on methods to end the current political and economic impasse would be held on Sunday. Demonstrators pull down metal barriers as they try to enter the main road towards the parliament during a protest against Sri Lankan President Gotabaya Rajapaksa near the parliament, amid the country’s economic crisis in Colombo, Sri Lanka, April 8, 2022. Photo: Reuters/Dinuka Liyanawatte

The 10-party alliance of the ruling Sri Lanka Podujana Peramuna (SLPP) coalition is due to meet President Rajapaksa to discuss the formation of the all-party interim government.

The main Opposition Samagi Jana Balawegaya (SJB) said that they are to meet to take forward the process of moving a no-confidence motion against the government.

The SJP has started taking signatures of MPs for the no-confidence motion.

President Rajapaksa and his elder brother, Prime Minister Mahinda Rajapaksa, continue to hold power in Sri Lanka, despite their politically powerful family being the focus of public ire.

The President has defended his government’s actions, saying the foreign exchange crisis was not his making and the economic downturn was largely pandemic driven with the island nation’s tourism revenue and inward remittances waning.

Sri Lanka is scheduled to start talks with the International Monetary Fund (IMF) on April 11. The talks would lead to a possible bailout, including assistance on restructuring foreign debt.