Afghan refugees, some who have spent decades in Pakistan, have been forced to return to their home country, which continues to struggle with recovering from its history of wars and violence. 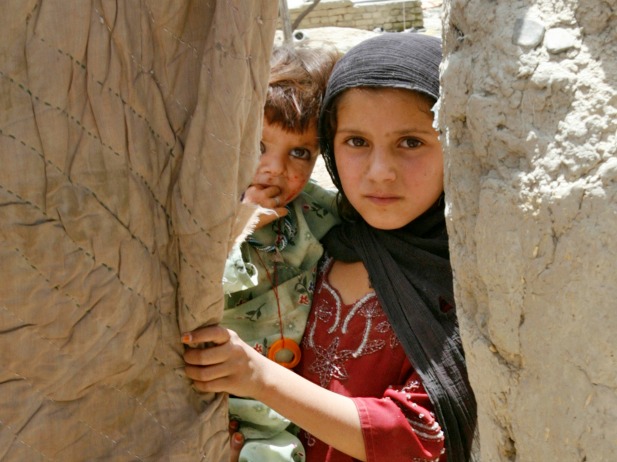 Karachi: Ever since Abdul Haseeb, an Afghan refugee, was forced to leave Pakistan and return to his home country, a thought keeps nagging him – wouldn’t he have been better off picking up a gun and joining a militant group? Joining ISIS would at least have been lucrative.

These thoughts keep coming to him because all the efforts he has put into earning an honest living have proved worthless.

Haseeb arrived in Pakistan with his family in 1981 and settled in Shamshato Camp on the outskirts of Peshawar, where many Afghans have sought refuge since the Soviet invasion. Nearly three decades later, in October 2016, his family was forced to leave Peshawar and return to their hometown of Jalalabad due to increasing harassment and discrimination by Pakistani authorities. “Our two generations were born and raised in Pakistan and now the government has forced us to leave the land,” he says.

At 38, Haseeb’s means of livelihood was selling dry fruits on the streets of Peshawar. Now he has to start all over again in Afghanistan, which has still not risen from the wars he had left behind. He is yet to find any employment opportunities in Kabul and the move from Pakistan was so expensive that his family doesn’t have any money left to start a business.

“Sometimes I think the only option left for me would be to pick up a gun and join ISIS in Afghanistan.. How else do I feed 19 people of my family?” he said in a telephone interview to The Wire from Kabul. Apart from his own family, Haseeb has to look after the family of his brother who was killed in an attack in Nangarhar, Afghanistan, in 2012.

After nearly 40 years of hosting Afghans – and building a narrative around its hospitality – refugees now appear to have become the new worst enemy. Incidents of terrorism are increasingly blamed on Afghanistan, with the rising hostility being borne by Afghan refugees.

The attack on the Army Public School in Peshawar in December 2014 was among the major trigger points. Nearly 140 children were killed after Taliban militants attacked a school run by the military. Children were shot point blank in the school auditorium. Following the attack, largely seen as the worst terrorist incident in Pakistan, a counterterrorism policy called the National Action Plan was formulated. Among other things, such as reinstating the moratorium on the death penalty and establishing military courts, the policy included the rehabilitation of all Afghan refugees. The plan also included registering undocumented Afghans, a process that never really started even as the deportations did. 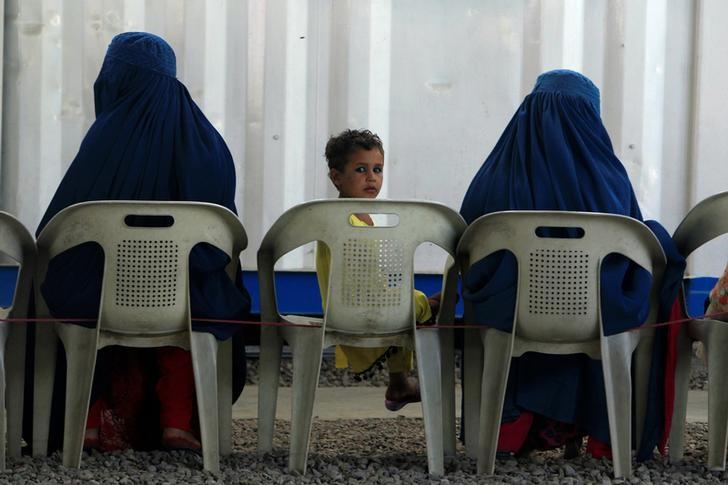 In 2016 alone, following deportation threats by Pakistan’s federal and provincial authorities, nearly 600,000 Afghans of the 1.5 million registered and one million unregistered refugees were forced to move in what the Human Rights Watch (HRW) has called the “world’s largest unlawful mass forced return of refugees in recent times”.

Gul Bano was among the thousands who were forced to leave. She came to Pakistan in 1980 to seek refuge from the war. It was in Pakistan that her two daughters were born, making Gul Bano a mother of five. Her husband Abdul Haq, a Mujahideen commander, was killed in Kabul in 1985 while fighting Russian troops. In order to earn a living, she started cooking chickpeas at her home, which would be sold by one of her sons would at Peshawar’s Board Bazaar area.

Now in her seventies, the life she built in the host country bit by bit has suddenly been wrapped up. She is now alone in Kabul and is trying to take each day as it comes. “I survived the hardest times and when better times came and I could afford my own home, I bought a house in Hayatabad in 2003. Now I am back to where I started, ” she said in a telephonic interview from Kabul.

As the Pakistani government started its clampdown on Afghan refugees and announced that no one would be allowed to rent or sell property to Afghans, Gul Bano was told by the country’s authorities that she could no longer live in her house, forcing her to leave. She had realised that it would be harder to live there after a group of men burglarised her house last summer. Tied to a chair, Gul Bano watched them take away everything she had gathered over the years.

In Kabul, the harassment has been worse. She has been robbed four times in ten months. One time she was also beaten by the robbers. “This is not a place where a woman can live alone,” she said.

Her children, all grown up now, have managed to settle in England on refugee status, but for Gul Bano, her only desire is to settle in Pakistan. “It’s difficult for me to survive as a single woman in Kabul… My children cannot come here, it is not safe. They would visit when I was in Pakistan but then they stopped getting a visa.” 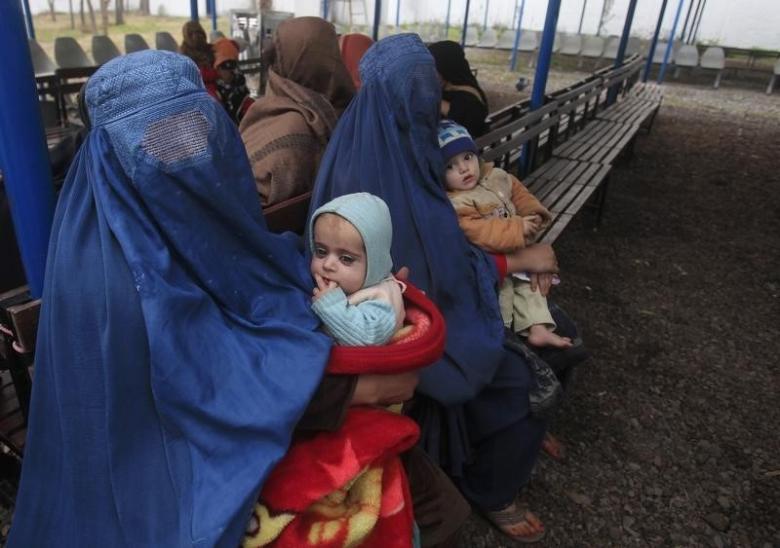 Afghan refugee women sit with their babies as they wait with others to be repatriated to Afghanistan, at the United Nations High Commissioner for Refugees (UNHCR) office on the outskirts of Peshawar, February 2, 2015. Credit: Reuters

While the repatriations are said to be voluntary, the circumstances around which Afghans have left have been such that people have had no choice but to leave. One person interviewed by HRW for its report released on February 13 said, “The situation with the police got so bad about three weeks ago [early October 2016] that we could not leave the house. The police were stopping us all the time, asking for money. They took everything we had so we stopped working and just stayed at home. We realised we had to leave [Pakistan]”.

There is no reason to believe that things will get any better. Pakistani authorities continue to blame the Afghans for terrorism and this belief has trickled down, making Pakistanis feel that the road to a safer Pakistan lies in sending Afghans home.

Most recently, following the blast at Lal Shahbaz Qalandar’s shrine in Sehwan that left at least 85 people dead on February 16, the Pakistan-Afghanistan border at Torkham has been shut for an indefinite period. This is in sharp contrast to the past when Afghans were allowed to cross the border without any specific identity documents. 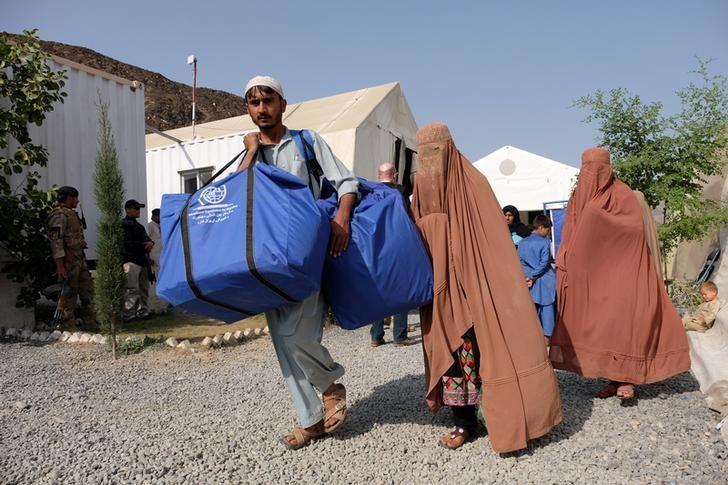 An Afghan family, who were living as refugees in Pakistan, carries bundles of supplies at a humanitarian aid station in Torkham, Afghanistan, October 22, 2016. Credit: Reuters

However, while the deadline has been extended, living there has become harder for Afghans with government announcements and messages conveyed through mosque loudspeakers telling them to leave. Almost every Afghan interviewed for the report, which is based on 115 interviews, said how the police extortion had worsened. Beginning in July 2016, refugees said, Pakistani police repeatedly stopped and extorted between 100 and 3,000 rupees from them each time.

A 27-year-old man interviewed in the HRW report said: “In early August, when it was very hot, the police came to our house very early in the morning, about 4:30 am. They entered our house without asking, pushed all the women to one side and took all of the men, including me, to the police station. The women were all very afraid. There were about 200 other Afghans at the station when we arrived. They held us there all day and did not give us water or let us go to the toilet. Our relatives came and paid to get us out. In early October, I saw in a newspaper that the police would do more search operations and that they were going to put Afghans in prison. So we knew we had to leave.”

Another significant factor that has influenced people to leave is the cash grant by UN’s refugee agency United Nations High Commissioner for Refugees (UNHCR) that doubled the payment from $200 to $400 per person to persuade people to return. While this may have been a tempting sum for some families, it is certainly not enough for people to re-settle in Afghanistan. However, it was enough to attract and encourage people to move.

In the report ‘Pakistan Coercion, UN Complicity’, the HRW heavily criticises the UN refugee agency saying its interventions were “woefully inadequate to end the widespread abuses affecting hundreds of thousands of Afghans.”

“The UNHCR was aware that widespread insecurity and economic collapse in Afghanistan meant that returning refugees were, for the most part, unable to integrate into their home,” and that the “UNHCR did nothing to proactively communicate this information to Afghan refugees contemplating return, so they could make an informed choice on whether to stay or go.”

But the UNHCR outrightly rejects this claim as well as what HRW calls the largest forced return. In an email interview to The Wire, Duniya Aslam Khan, the UNHCR’s spokesperson in Pakistan, said, “UNHCR’s view is that the return of Afghan refugees from Pakistan in 2016 were not “refoulement” or “ largest forced return” as claimed by HRW.” 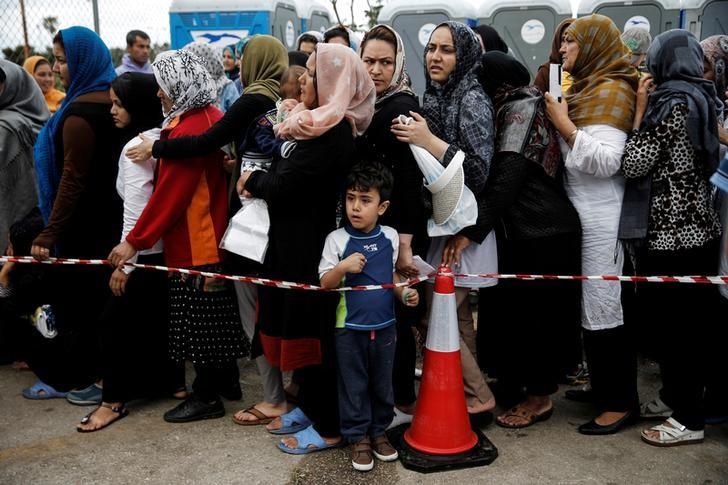 The UNHCR cites regional political dynamics, changing bilateral relations between Pakistan and Afghanistan and tighter border controls as among the reasons of the large number of repatriations.  “We strongly refute the accusation that UNHCR was complicit in mass forced refugee returns from Pakistan,” the email said.

On its part, the government of Pakistan denies all accusations of coercion. “Notwithstanding any isolated or individual incidents, there is no policy of coercion on part of government of Pakistan,” said a statement released by the foreign office in response to the HRW report, adding, “The government also remains mindful of its responsibility to ensure security and vigil against suspicious elements, unlawful activities and the menace of terrorism, including through improved and regulated border management.”

For people like Haseeb and Gul Bano, however, Pakistan was their land. Haseeb sees the border part of a greater Pashtun land separated by two governments who have both betrayed their people. “We were deceived by both the governments of Pakistan and Afghanistan. In Afghanistan, they promised us green pastures and we got nothing. In Pakistan, we were forced to leave the only home we have really known,” he said.

For Gul Bano, there is a deep desire to just go back to her home. “I’m back to where I started – alone. All I really want is to go back to Pakistan and die there in peace. My heart remains in Peshawar.”

Zehra Abid is a freelance journalist and an editorial consultant for The Express Tribune in Karachi, Pakistan. She mainly reports on human rights concerns, particularly with respect to minority communities.