A day earlier, Pakistan media outlets had reported on the crash calling the aircraft a "fighter training plane" and a "private" one "likely used for training purposes. 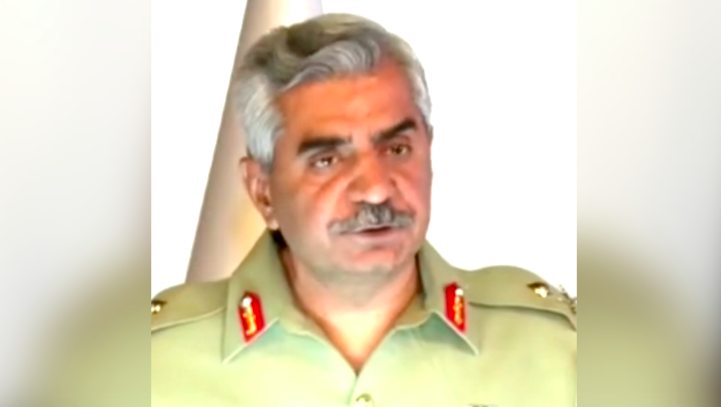 New Delhi: Pakistan has claimed that an Indian “high speed flying object” entered Pakistani airspace and fell near Mian Channu in the Khanewal district of the country’s northeastern Punjab province.

Director-General of the Inter-Service Public Relations (ISPR) Major General Babar Iftikhar addressed reporters in Rawalpindi and said it was found on the night of Wednesday, March 9.

“On March 9, at 6.43 pm, a high speed flying object was picked up inside Indian territory by a defence operation centre of Pakistan airforce. From its initial course, the object suddenly manoeuvred towards Pakistan territory and violated Pakistan’s airspace, ultimately falling near Mian Channu at 1850 hours, that is 6.50 pm,” Iftikhar said.

“And when it fell, it also damaged some civilian property,” he added.

He said that there was no loss of life or injury caused.

A day ago, news of the crash had been variously reported in Pakistan with a range of details.

The Nation, citing Dunya News, had reported on March 9 that a “fighter training plane” had crashed and that rescue personnel had reached the site. “[R]oofs of the houses near the crash-site collapsed,” the report added.

Dawn had reported earlier on March 10 that a “private aircraft” which was “likely to be used for training purposes” had crashed.

Dawn’s report noted that the aircraft “crashed on a cold storage at Chak 115 in the middle of the fields” and that the lone occupant, the pilot, is safe.

“The rescue officials were asked to leave as the army authorities were coming to collect the evidence. Later, the army officers launched a search for collecting pieces of the jet,” Dawn initially reported.

The ISPR Director-General said that whatever caused the incident, “it is for the Indians to explain”.

“It, nevertheless, shows their disregard for aviation safety and reflects very poorly on their technological prowess and procedural efficiency,” he said.

“Pakistan strongly protests this flagrant violation and cautions against recurrence of any such incident in the future,” he also added.

In its latest report on the DG ISPR’s presser, Dawn has also quoted Air Vice Marshall Tariq Zia as telling the media that at the time the alleged projectile was picked up, there were “two airway routes active and several commercial airlines in the area.”

“If you look at the speed and height of the projectile, it was 40,000 feet high, and the airlines were between 35,000 to 42,000 feet. This could have been very detrimental to the safety of passengers,” Zia added.