Explaining the Attack on Zafar Iqbal, One of Bangladesh's Top Academics

An extremist internet forum had reportedly labelled Iqbal an atheist, often held discussions on how he could be killed and guided his attacker. 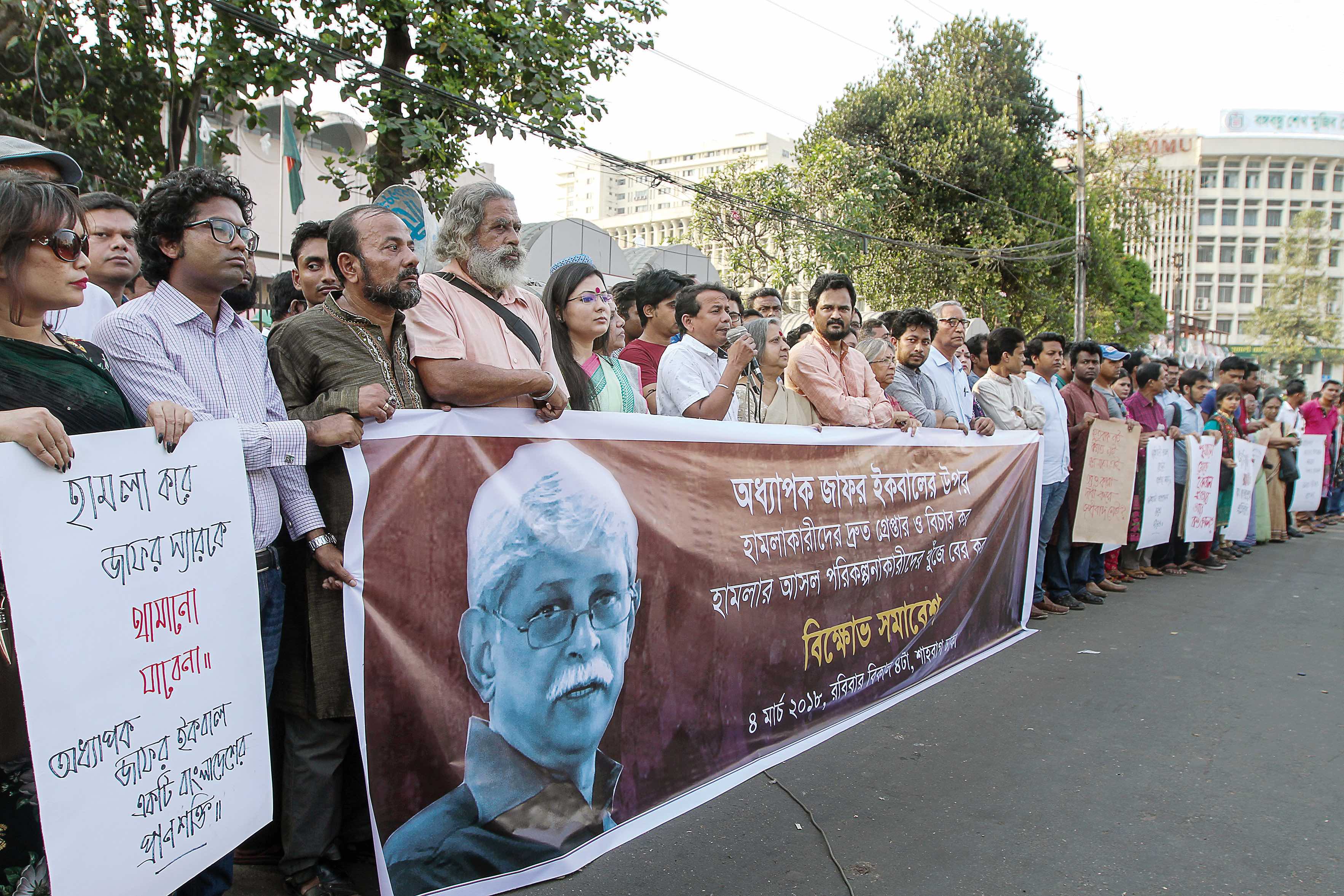 Muhammad Zafar Iqbal thought that a heavy, sharp object had fallen from the ceiling on his head when he felt the first stab of a knife.

But after the second and third stabs, when he felt blood on his neck, Iqbal, one of Bangladesh’s most renowned academics and writers, realised that he was being attacked from behind.

“He [Iqbal] didn’t lose consciousness,” Yasmin Haque, Iqbal’s wife, said. “Rather, he tried [to perform] some mathematical calculations in his mind to figure out if his brain was working, he told me later on.”

On March 3, Iqbal, 64, was attending a programme conducted by the electrical and electronic engineering department at the Shahjalal University of Science and Technology (SUST), where he is a professor, in the northeastern Sylhet district of Bangladesh.

The lone attacker, a lanky male with an unkempt goatee, was nabbed before he could attempt a fourth stab, by people on the stage including two policemen. The police had been providing security for Iqbal since October 2016, following death threats from Islamist militants.

Iqbal was immediately taken to Sylhet’s MAG Osmani Medical College Hospital, and was later airlifted to the Combined Military Hospital (CMH) located inside Dhaka cantonment on the direction of Prime Minister Sheikh Hasina.

He had suffered injuries on his head, back and left hand. Doctors declared that he was out of danger at around 9 pm, four hours after the incident took place, but said that he had to be hospitalised for a few days.

Iqbal returned to his home in Sylhet on Wednesday from CMH, Dhaka, his personal secretary Joynal Abedin said. Though he has not recovered completely, he is in a stable condition and opted to go back home, Abedin told The Wire.

The attacker was beaten unconscious by the mob that gathered after the attempt on Iqbal’s life. He regained consciousness following primary treatment inside the university and later at a local clinic. The Rapid Action Battalion (RAB) took him into custody and identified him as Foyzur Rahman, 24, a resident of an area near the university.

On March 4, he was handed over to the local police, who had detained six other people for questioning, The Wire learned from the local police station. His father, Maulana Atiqur Rahman, a retired madrasa teacher who hailed from a village in the neighbouring district of Sunamganj, and one of his uncles, Fazlur Rahman, who lived near the university, were among the detainees.

Four days later, a Sylhet court placed Rahman in ten-day remand in a case filed over the knife attack and an attempt to murder on Iqbal. The Counter Terrorism and Transnational Crime Unit (CTTC), a special unit of the Bangladesh police, is now investigating the incident.

What do the investigators say?

In the initial interrogation conducted by the RAB, Rahman revealed that he carried out the attack because he considered Iqbal “an enemy of Islam”.

Bangladesh, a country that has been struggling to strike a balance between secularism and Islam, has witnessed attacks on a number of bloggers and writers in the past few years.

“It seems that he believes in militancy. That’s what we have got so far. Nothing more can be said without further investigations,” Sylhet-based RAB-9 commander Colonel Ali Haider Azad said in a briefing on March 11.

After taking charge of the investigation, the CTTC found substantial evidence linking Rahman to an extremist internet forum – Dawah Ilallah.

Dawah Ilallah is run by the banned Bangladeshi militant outfit Ansarullah Bangla Team (ABT) and Ansar al-Islam. According to the CTTC, the forum can be joined only through invitation, and after a rigorous verification process by existing members.

Referring to the matter as “an ongoing investigation”, an official of the CTTC, under the condition of anonymity, said that the forum had labelled Iqbal an atheist and often held discussions on how he could be killed.

After Rahman volunteered, “some users” on the forum guided him on how to carry out the attack, the CTTC official said. 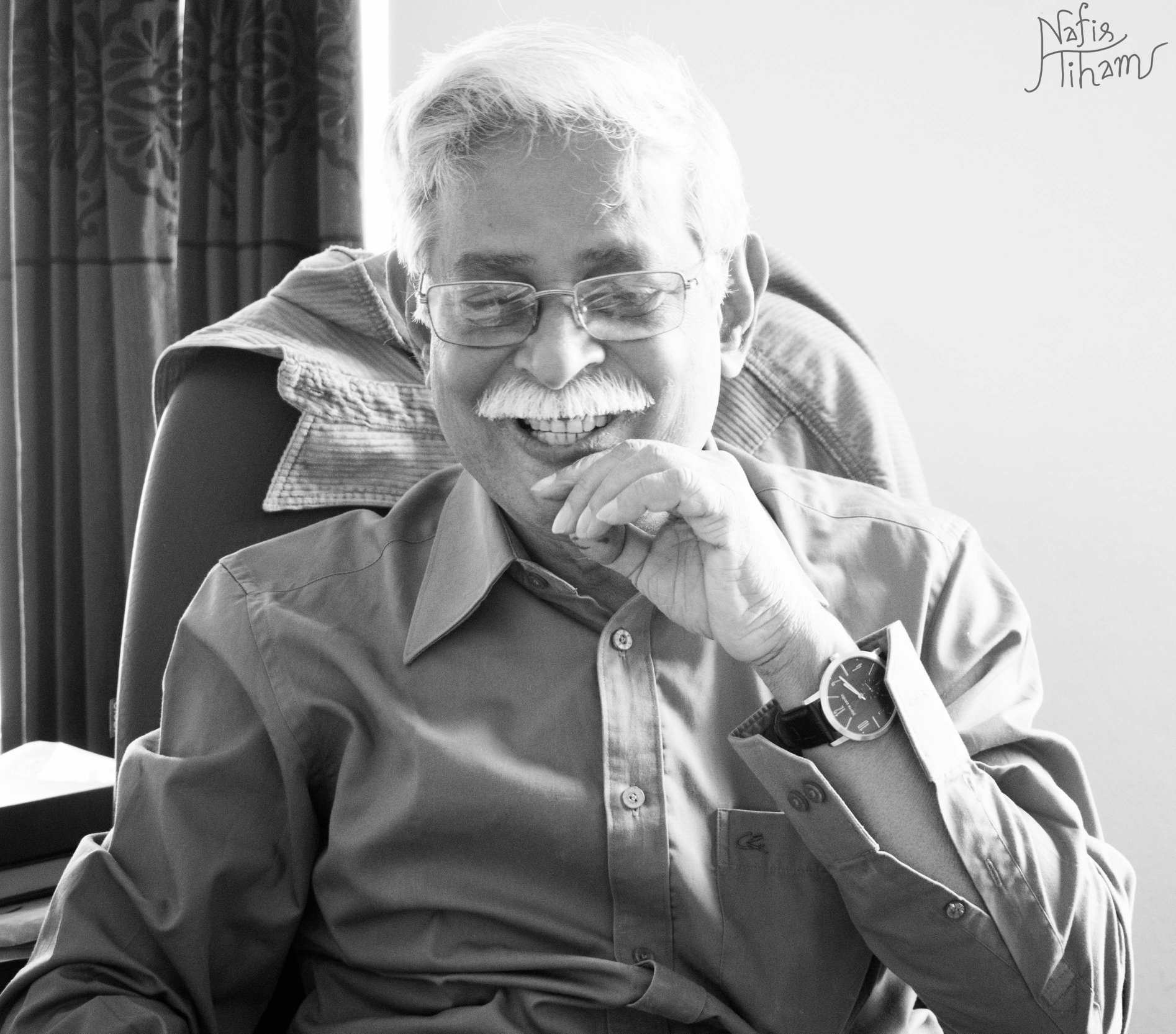 Zafar Iqbal in his office at the university. Credit: Nafis Tiham

After analysing footage from close-circuit cameras installed inside the campus, the CTTC found that Rahman used a bicycle to carry out reconnaissance missions on the university campus for several days before the attack. He also bought a commando knife from a local market.

“We are convinced about his [Rahman’s] motive, but [we are] not sure whether he acted alone or [if] it was a coordinated attack by the group,” the CTTC official added.

Rahman is the second of Maulana Atiqur Rahman’s three sons and two daughters. Maulana Rahman left his ancestral home at Kaliakapan Village in Dirai Upazila in Sunamganj district in 2008 and settled in Sylhet city near the university, The Wire learned from residents of Kaliakapan.

Abbas Mia, a neighbour in Kaliakapan, said that Rahman used to visit his ancestral village once in a while. “He [Rahman] passed Fazil exams and enrolled for Alim before dropping out,” Mia told The Wire.

Mia said that Rahman was an introvert but had feuds with the residents of the village mosque about following the Islamic rituals correctly on more than one occasion.

Rahman is reportedly a follower of Salafi Islam, an ultra-conservative reform branch within Sunni Islam that developed in Arabia in the beginning of the 18th century. In Bangladesh’s countryside, where most people are followers of Hanafi Madhab Islam, the Salafists are often perceived to be outcasts. Some villagers said that Rahman’s two uncles, who live in Kuwait, motivated him to become a Salafist.

CTTC additional deputy commissioner Mannan told The Wire that in the past few years, a number of young people in Bangladesh had become Salafist. “They are brainwashed with partial and eventually false interpretations of Salafi Islam and are motivated to take militant approaches.” One such approach is to kill people who they perceive as “atheist” or an “enemy of Islam”, said Mannan, “and groups like ABT orchestrate these killings.”

The case of Zafar Iqbal

At a protest meeting in Dhaka’s Shahbagh on March 5, Haque said that her husband Iqbal wrote over 200 books and none of them has “anything that goes against the Islamic sentiment”. “Had he [Rahman] read any of his [Iqbal’s] books, he wouldn’t have done anything like that,” said Haque in the rally.

While Iqbal has never presented himself as an atheist, he has been a staunch critic of Islamist politics and radicalism in Bangladesh. His father was killed in the 1971 liberation war at the hands of the Pakistani army, facilitated by the Razakaar. 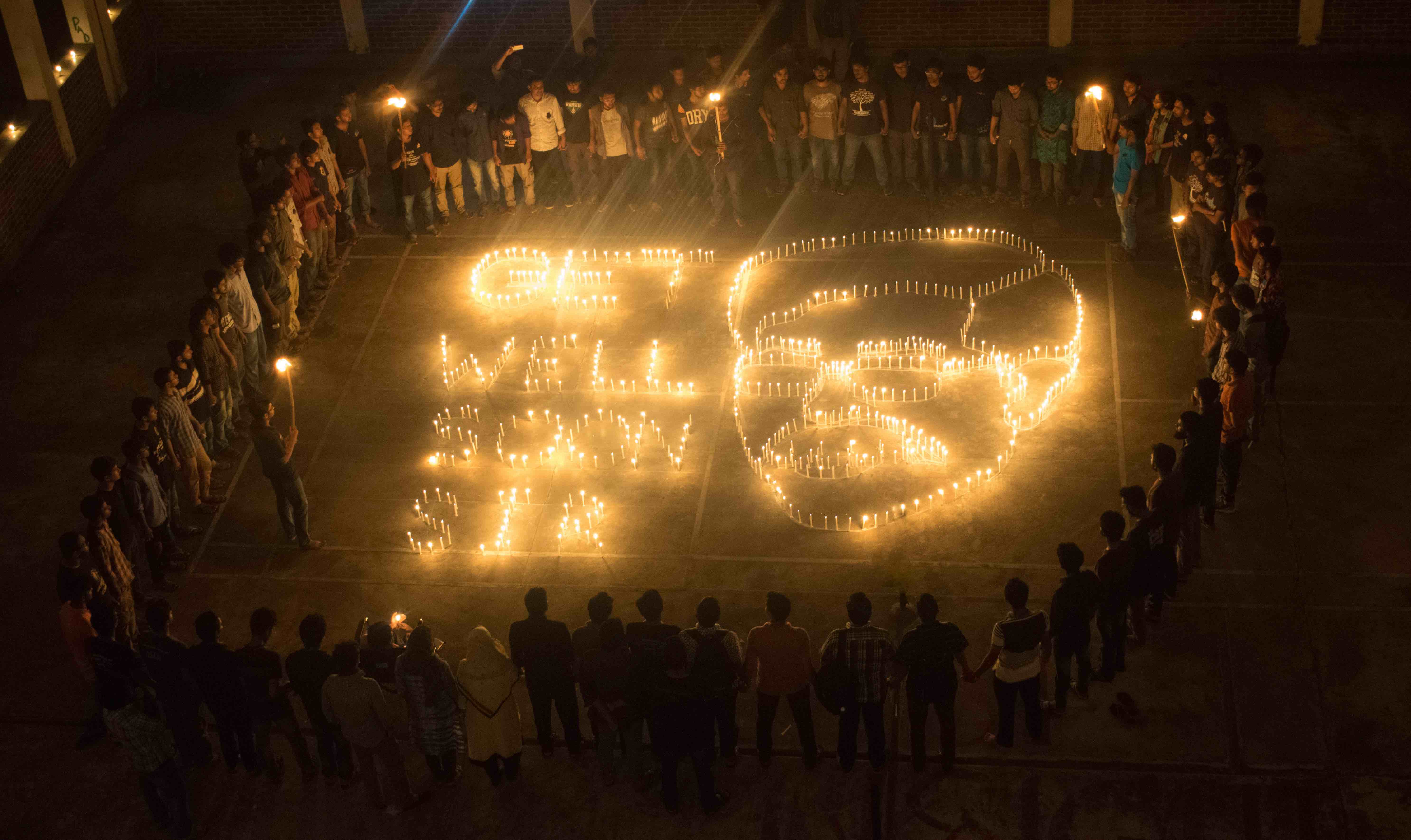 Students of Zafar Iqbal protest the attack on him inside the university campus. Credit: Nafis Tiham

Iqbal had a distinguished career as a scientist in the renowned Bell Lab at California, US, before returning to Bangladesh in the early 2000s and joining the SUST.

After the Sheikh Hasina-led Awami League (AL) government came into power in 2009, Iqbal became an active advocate of a war crime tribunal, which a large population in Bangladesh saw as “highly controversial”.

Once a popular writer among all, regardless of their political beliefs, Iqbal became one of the most criticised people on social media almost overnight, drawing flak for his stance against Islamist politics.

One popular blogger who preferred to be anonymous told The Wire that Iqbal’s “sense of right and wrong is highly partisan” and that he has been blindly endorsing the incumbent AL government that is accused of a large number of extra-judicial killings and forced disappearances of people from opposition parties.

Mohammad Kaykobad, a friend of Iqbal’s who has co-authored several popular science books with him, however, told The Wire that Iqbal aims to create a patriotic and science-loving Bangladeshi generation. “He is severely misunderstood by the religious fundamentalists,” he said.