Bangladeshi troops were sent to coastal districts while tens of thousands of volunteers went door-to-door to urge people to evacuate their villages. 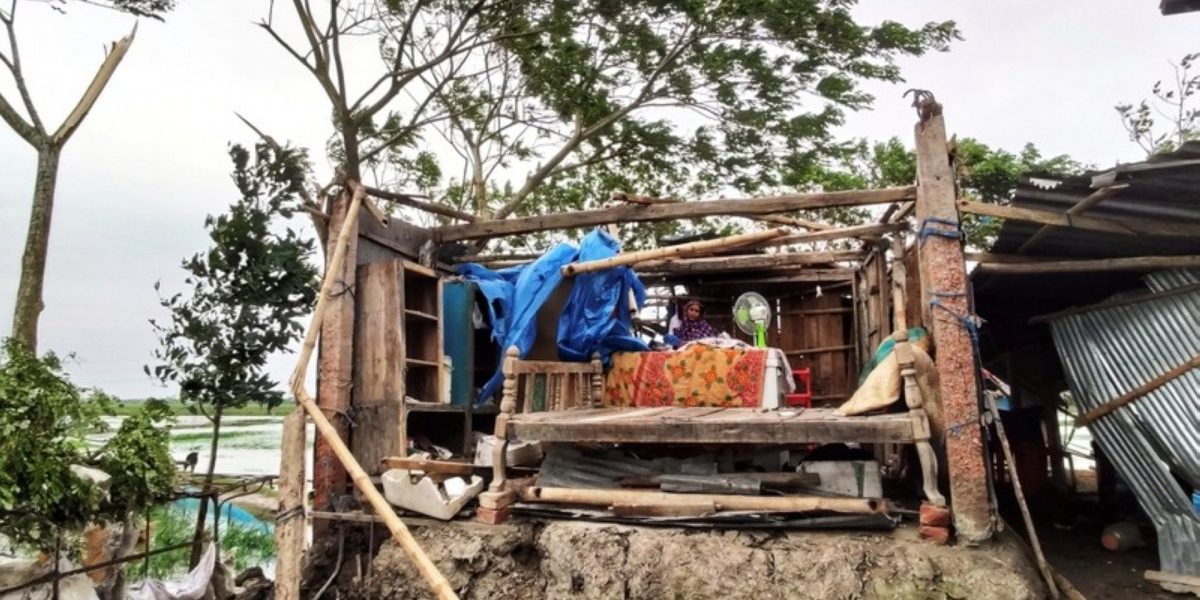 A woman is seen inside her damaged house after cyclone Bulbul hit the area in Khulna, Bangladesh, November 10, 2019. Photo: Reuters/Kazi Fazle Rabby

Fourteen people have been killed and 36 fishermen are missing after fierce gales and torrential rains hit Bangladesh and India. More than 2.2 million people living in the cyclone’s path were evacuated.

At least 14 people were killed and around 30 others injured when heavy rains and winds of up 120 kilometres per hour (75 miles per hour) smashed into the Sundarbans, the world’s largest mangrove forest, which lies on the Bay of Bengal between the two neighbours.

A desperate search was launched for 36 Bangladeshi fishermen after their two fishing boats failed to return from sea.

Those killed were either hit by falling trees or wall collapses, officials in both countries said.

India said rescue and relief teams were sent to affected areas to assess the damage.

“Hundreds of trees and electricity pylons were uprooted. Large numbers of thatched houses and of paddy farms have been damaged,” Amalendu Dutta, an official in the state disaster management, said by phone from Kolkata.

Flights to and from the main Indian regional airport at Kolkata were suspended as a precautionary measure.

Around 1,500 tourists were stranded on St Martin’s island off southeastern Bangladesh after boat services were cancelled.

Ahead of the cyclone making landfall, Bangladesh moved 2.1 million people to more than 5,500 emergency shelters, while India evacuated around 125,000 of its coastal residents.

Bangladeshi troops were sent to coastal districts while tens of thousands of volunteers went door-to-door to urge people to evacuate their villages.

Officials said no major damage was immediately reported in camps in southeast Bangladesh where hundreds of thousands of Rohingya refugees from neighbouring Myanmar are living.

Authorities said the cyclone was weakening as it moved inland but that heavy rainfall would continue to affect the region.

The Indian Meteorological Department said the storm had moved to the northeast and that wind speeds had reduced to 60 kilometres per hour.

Bangladesh’s low-lying coast, home to 30 million people, and India’s east are regularly battered by cyclones which have killed hundreds of thousands of people in recent decades.

The Bangladeshi government has prioritized faster evacuations and the construction of coastal shelters to try to limit the human tragedy during the cyclone season, which can last from April to December.

Cyclone Fani was the most powerful storm to hit the area in years when it struck in May, killing 12 people.