The tabling of the amendment, which happened Sunday, was a foregone conclusion, as is its eventual approval. What would not help is for India to close avenues for dialogue following passage of the amendment. 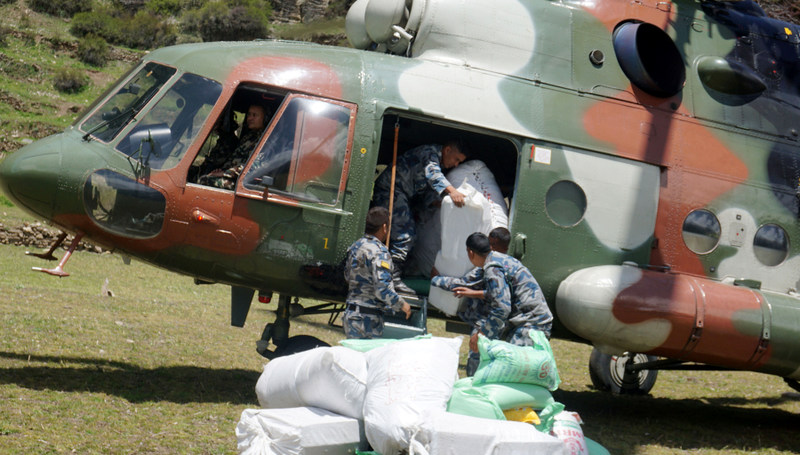 Kathmandu: The amendment of Nepal’s constitution to incorporate the country’s expanded map – which includes the 372 sq km of disputed territory of Limpiadhura, Lipulekh, and Kalapani – is now a near certainty. After Nepali Congress, the main opposition party, decided to support the K.P. Oli government’s proposal, an amendment bill has been tabled in the parliament. It is expected to easily pass in the next few days.

Over the past week, the common perception in the mainstream Indian media seemed to be that Nepal was backing down from this ‘China-backed’ plan. This was after the Oli government had delayed tabling the amendment in order to to seek a ‘national consensus’ in its favor.

Oli knew he could never garner the support of the main Madhesi outfit, the Janata Samajbadi Party, Nepal (JSPN) to establish such a national consensus. The JSPN is viscerally anti-Oli, and the party was under pressure from India to oppose the amendment. Oli introduced the provision of national consensus to buy time to talk to India. But then side India seemed unwilling to talk immediately, as Nepal had proposed. His hands are now tied.

Also Read: India Should Realise China Has Nothing to Do With Nepal’s Stand on Lipulekh

Far from being a China-backed scheme as India’s army chief recently alleged, the idea of amending the national charter to ‘take back’ Nepal’s ‘lost territories’ is an immensely popular one in Nepal. So it was only a matter of time before the constitution was amended to honour public sentiment.

Most observers agree that the Nepal government took the amendment route only after the Indian army chief, General Manoj Mukund Naravane, insinuated that the protests over Kalapani in Nepal were being carried out at China’s behest. Perhaps Indian policymakers didn’t realize how deeply this hurt the Nepali national sentiment. Now there are no easy choices left, either for Nepal or India.

Yet that does not mean the two sides should stop talking – far from it. Even after the charter amendment, Kalapani will remain a disputed territory. In fact, so long as Indian troops are there, Nepalis will continue to see it as de facto Indian land, and the situation will be ripe for a prolonged dispute.

What is the way out then? The preferred option in Nepal would for India to acknowledge Nepali sovereignty over the disputed territories and pull out its troops. But all signs suggest India will not remove its military outpost at Kalapani, which has been there since the early 1950s after the Chinese annexed Tibet. The latest India-China border standoff at Ladakh will make Delhi even more reluctant to give up the Kalapani post, which it considers important to keep an eye on the Chinese military garrison at Taklakot in Tibet.

After the current border row cools down, other solutions may also emerge. For instance, there may be an agreement for a Nepal-India military team to jointly patrol the area, or India could make a case for stationing at Kalapani a contingent comprised only of Gurkha regiments in the Indian Army. Still another option could be for India to acknowledge Nepal’s sovereignty over Kalapani and for Nepal to lease the area to India in perpetuity.

The amendment of the Nepali constitution does not forestall any of these possibilities. In fact, it will be more of a moral victory for Nepal and is unlikely to change the ground realities much.

Also Read: India-Nepal Ties Need a Diplomatic Dialogue – and Not Ultra-Nationalism – to Recover

What would not help is for India to close all avenues for dialogue following such an amendment. The Indian government had of late been urging Nepal to build a ‘constructive environment’ for dialogue, as did most Indian intellectuals. In their telling, the amendment was a Rubicon that Oli ought not – and dare not – cross. But they perhaps failed to understand that no major political actor in Nepal could be seen as standing against the popular amendment proposal.

At a time India has its hand full with the COVID-19 pandemic and Chinese incursions in Ladakh, New Delhi ought to be way of  opening up another front of confrontation, especially with one of its closest neighbours. The Indian establishment and its allied ‘nationalist’ media should also resist the easy temptation of portraying spontaneous protests in Nepal as somehow instigated by the Chinese. That will get us absolutely nowhere.

Nor would another partial or complete blockade of Nepal. There is a tendency in India to label Oli as ‘pro-China’. But before the 2015-16 blockade, Oli was among India’s closest friends in Nepal. During the blockade, he found it politically expedient to be seen as standing up to the ‘big bully’ and as daringly diversifying Nepal’s trade options beyond India. For landlocked Nepal that meant cultivating closer ties with China.

Oli doesn’t trust India these days and continues to tilt towards China. But this is more because he feels that ever since he first came to power in 2016 India has made consistent efforts to undercut him. Without China’s support, he reckons, India would have long since ousted him. Oli’s recent pro-China mien was thus largely a strategy for political survival.

Even if we accept that Oli is a dyed-in-the-wool Sinophile, the last thing India should do is further increase his popularity in Nepal by being seen as actively undermining his government. Even though China’s image in Nepal has gone down of late, the vast majority of Nepalis are still in favuor of closer ties with Beijing, if only to prevent another blockade-like situation.

If India makes a genuine effort to take Oli into confidence and makes it easy for him to project India in good light – for instance, through some kind of agreement on Kalapani – there would be no reason for Oli or any other Nepali prime minister for that matter to work against Indian interests. Yes, anti-India nationalism is a popular electoral policy. But after you win, you have to govern, which is hard for a government in Kathmandu without India’s goodwill.

A concession over Kalapani, in whatever form, would be unmistakable proof of Indian goodwill towards Nepal and help turn the public tide in India’s favour.

Few Nepalis live in the border areas under current dispute, and those rugged tracts have little strategic value for the country. Nepal wants to use the territory for trilateral Nepal-India-China trade. Before the latest fiasco, that could have been easily ensured had India and China included Nepal in their bilateral agreements on trading via the Lipulekh Pass. If it so wants, India can still guarantee Nepal trading rights via Lipulekh.

India is often accused of lacking long-term strategic vision. Here is the prefect opportunity for it to prove otherwise. For all the exaggerated Indian concerns about ‘Beijing’s inroads’ in Nepal, China can never match India’s vast political, religious, cultural and economic similarities and linkages with Nepal. Most Nepalis also understand that geography inextricably binds Nepal and India in a way it binds no other pair of countries.

Emotions will again be high in New Delhi as Nepal’s constitution amendment process gathers momentum. But this is the time for some cool-headed, long-term strategic thinking. It should start with the realisation that the Nepali government, at this juncture, could not have acted otherwise.

Although stopping the constitution amendment process will now be difficult, there may still be a last-minute Indian effort to forestall it. But whether or not the amendment goes ahead, at some point the two sides will have to sit down and hammer out a mutually agreeable, long-term solution. Only if better sense prevails on both the sides can irrevocable damage to Nepal-India relations be prevented.

Biswas Baral is the editor of  The Annapurna Express, a weekly newspaper published from Kathmandu. He tweets @biswasktm