How Climate Change, Geopolitics Are Linked to the Tragedy of a Pakistani Fisherman

Amir Hamza died of COVID-19 while imprisoned in India, far from his family in Karachi. What drove him to cross the invisible border might well be discussed at COP26. 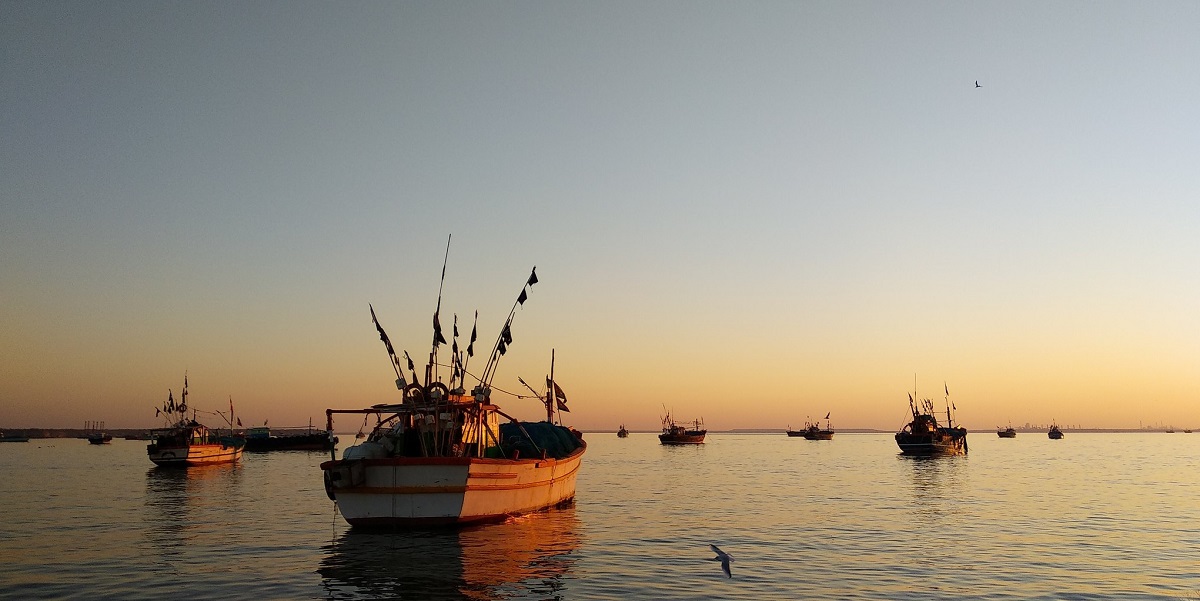 The tragedy of a fisherman who died of COVID-19 while imprisoned in India, far from his family in Karachi, highlights the link between geopolitics and climate change – issues that will be deliberated at COP26 in Glasgow.

In November 2017, Amir Hamza was among the crew of a Pakistani fishing boat arrested by Indian security forces across the maritime border.

Fisherfolk along the Arabian Sea coast shared by nuclear-armed neighbours Pakistan and India know that they risk such arrests, as well as sea storms, if they stray across the invisible line. But it is a risk they take, driven by declining fish populations.

When caught, the men are hauled off to prison on ‘the other side’ and their boats impounded. Both sides rarely return these vessels, which often represent the life-savings of their owners.

Throw back the catch

Activists have long been urging both countries to adopt a no-arrest policy for fishermen who stray across the maritime border. “They should throw the catch back and let the fishermen go back rather than arresting them,” says Mumbai-based activist Jatin Desai.

Instead, “we treat each other’s prisoners like prisoners of war”, to quote the late Mohammad Ali Shah of the Pakistan Fisherfolk Forum (PFF). The Karachi-based community leader died in August, aged 65, after contracting COVID-19.

Amir Hamza, around the same age, was killed by the same virus two months earlier while incarcerated in Bhuj, a town in Gujarat, India. He was one of Shah’s constituents. He had been arrested along with other crew members of a Pakistani fishing boat for violating the maritime border in November 2017. 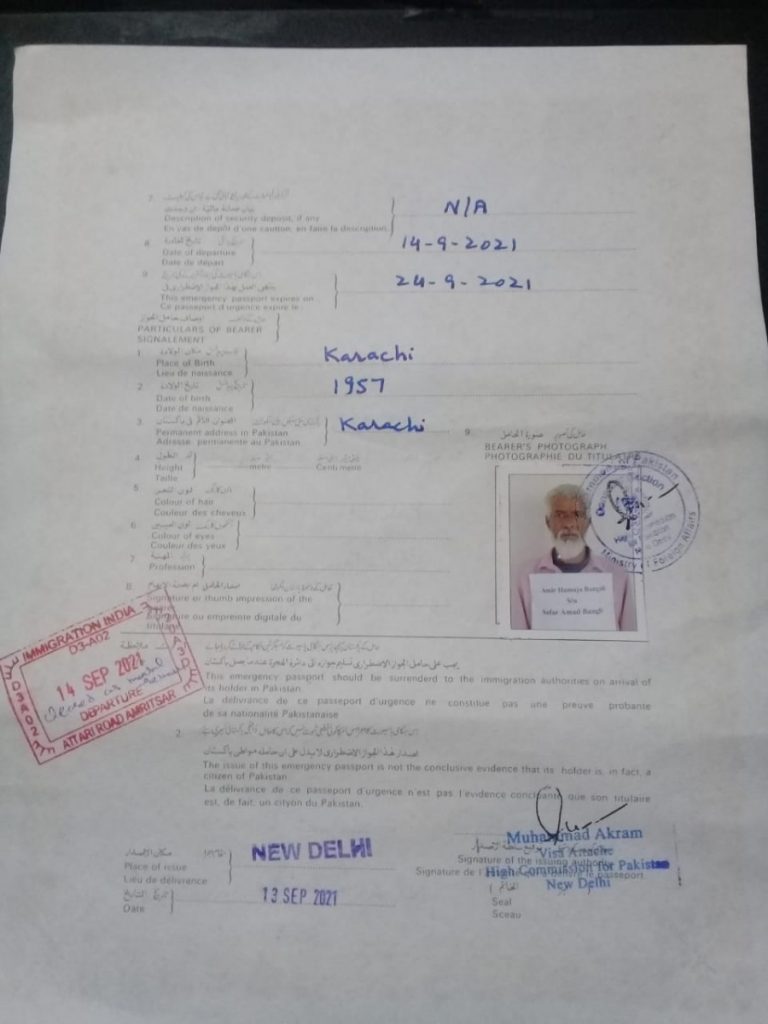 They had all completed their sentences and been repatriated, except Hamza. Shah’s successor at the PFF, Saeed Baloch, says that Hamza was of Bengali origin but had long lived in Pakistan.

The prison sentence itself is typically six-nine months but fishermen may end up spending years in prison as undertrials. Even after completing their terms, they must wait for consular access and identity verification.

Abject poverty keeps them far removed from the corridors of power and cutting edge research like a NASA study of 2019, showing how a warming Himalaya is impacting the marine ecology in the Arabian Sea.

These arrests violate international treaties like the Vienna Convention on Consular Relations 1963, which mandates that any foreign national arrested or detained must be granted access to their country’s consulate.

In 2007, India and Pakistan formed a joint judicial committee on prisoners comprising four retired judges from either side. The committee was supposed to meet twice a year and expedite the release of cross-border prisoners. However, it only met seven times until its last convention in October 2013 in India and has been lying defunct since then.

The Committee needs to be urgently reconstituted. In May 2018, India appointed its four nominees. Pakistan has yet to do so.

Hamza had a Pakistani national identity card but had not updated it to the computerised version. This led to delays in his identity verification and repatriation, forcing him to languish in detention until he died of COVID-19.

His mortal remains were stored at a morgue at GK Civil Hospital, Bhuj. A Gujarat government certificate, issued on September 9, lists June 13 as the date of demise. 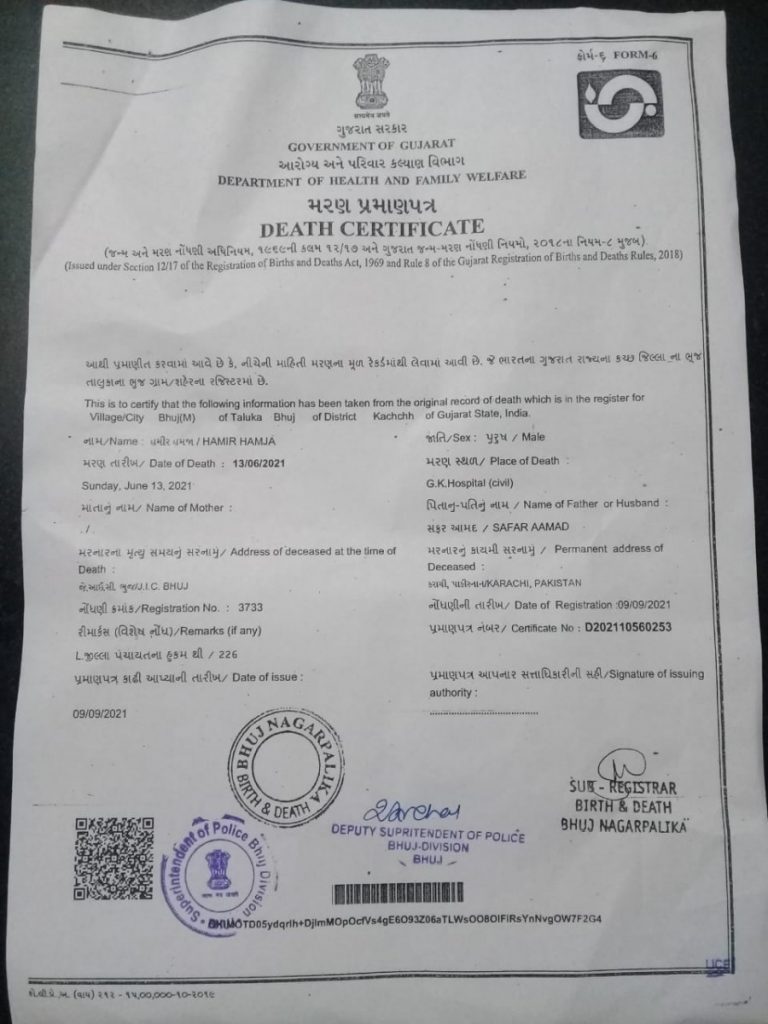 The wheels of bureaucracy churn slowly. The paperwork for Hamza’s identity verification and repatriation of the body began in August, after an official visited Hamza’s family in Karachi.

Imagine an official visiting you at home to inquire if you are related to your loved one, held prisoner across the border for four years. Then he tells you the person died two months ago.

That is how Hamza’s family learnt of his passing.

The Pakistan High Commission in Delhi issued emergency identity papers. Pakistan’s interior ministry wrote to the prisons department in Lahore to organise transportation for the body via ambulance to Karachi.

Why these formalities could not have been fulfilled in Hamza’s lifetime remains a mystery. Officials on both sides blame the other for the delays. 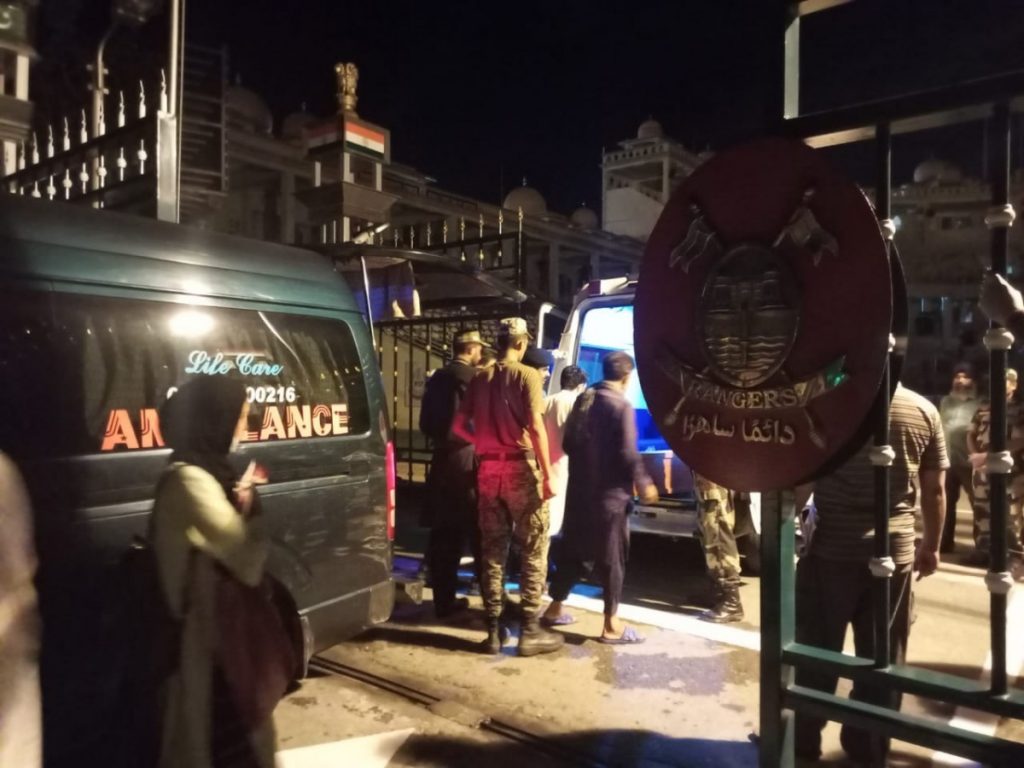 Hamza’s bereaved family had to wait another month to receive his body.

His last journey followed the torturous route forced upon cross-border prisoners, alive or dead. Hamza was transported over 1,200 km north to the Attari-Wagah border, then over 1,200 km south to the port city.

The direct sea or air journey between the Gujarat coast to Karachi takes about two hours.

The Indian Border Security Force handed over Hamza’s mortal remains to a deputation of 18 Wing, Punjab Rangers at the Attari-Wagah border on 14 September 2021 at around 6.30 pm. Representatives of Edhi Centre then transported Hamza by ambulance to Karachi.

The body was strapped in such a way that his family could not see his face one last time. They did not even have money for the funeral. The Pakistan Fisherfolk Forum paid those expenses.

The delays in repatriating Hamza’s body is neither new nor peculiar to one or the other side.

In Hamza’s case, India provided consular access to Pakistan on February 16, 2018 but couldn’t confirm his nationality, says Jatin Desai, a journalist and activist with the Pakistan India People’s Forum for Peace and Democracy.

Desai, who has been following such cases for years, remembers the Pakistani fisherman Nawaz Ali, incarcerated in India for 13 years. It took a month to repatriate his body after he died in 2012.

In July 2017, an Indian fisherman Kana Chauhan, 37, died in a Pakistani prison after complaining of chest pain. His body too, lay in the morgue for weeks before it could be sent back.

Also Read: As Another Fisherman Dies Across the Border, India and Pakistan Need to Work on Their Priorities

Last July, it took a month for the body of Pakistani fisherman Abdul Karim Bhatti, who died in India after being imprisoned there for seven months, to be flown home to Karachi.

Explaining the process behind the delay in Hamza’s case, Saurabh Singh, superintendent of police, Bhuj, told Shishir Arya of the Times of India that the established procedure for such cases involves the state’s home ministry taking up the matter, then pursuing it with the Union home ministry. The Union ministry then takes up the issue with the relevant foreign country. Each country then follows its own procedure to identify the individual and repatriate them.

If the foreign prisoner’s nationality cannot be verified the body, it cannot be repatriated and the last rites take place in the arresting country.

This is what happened in the case of Imran Kamran, a 38-year-old man Pakistani national who died in January this year. He had been detained at the Joint Interrogation Centre (JIC) in Bhuj since being arrested in 2009 without valid travel documents.

Kamran’s body was taken to the Guru Gobind Singh Government General Hospital for a forensic post-mortem. Eight months later, when his identity as a Pakistani could still not be verified, the authorities gave the green signal for the last rites to take place. Volunteers of a nonprofit buried him in a graveyard in Jamnagar city on August 27, 2021 according to Muslim rites.

“These men were not criminals or terrorists. Small errors on their part and hostilities between their nations cost them their lives,” says Jatin Desai. “Yet, not even a fraction of the concern and outpouring of emotion for the deaths of brave jawans (soldiers) is extended to them. There is no uproar, no debate.”

This may have something to do with “their low economic status, semi-literacy, and invisibility to the public in both countries”.

India has so far confirmed the nationality of 376. However, they remain in prison. Given technological advances, “it won’t take more than a day for the Indian consulate to establish the nationality of fishermen lodged in Pakistani jail if they choose”, says Desai.

Families of such prisoners on either side struggle economically and emotionally in the absence of their main breadwinners.

Heera Savra’s husband, an Indian fisherman, has been in Pakistani custody since their son was just five months old. Now four years old, the boy has no memories of his father, reports the Times of India. “Many women from the entire coastal area of Saurashtra – Gir Somnath, Porbandar, Junagadh, Devbhumi Dwarka, Jamnagar districts – have the same heart-breaking tales to tell,” the newspaper reports.

The day Amir Hamza’s body was repatriated to Pakistan, Indian coastguards apprehended another Pakistani fishing boat “Allah Pawawakal” with 12 crew members in Indian waters. The pattern has been repeated for years now – fishermen on either side are basically “prisoners of poor policies… Arrest, release, repeat”. 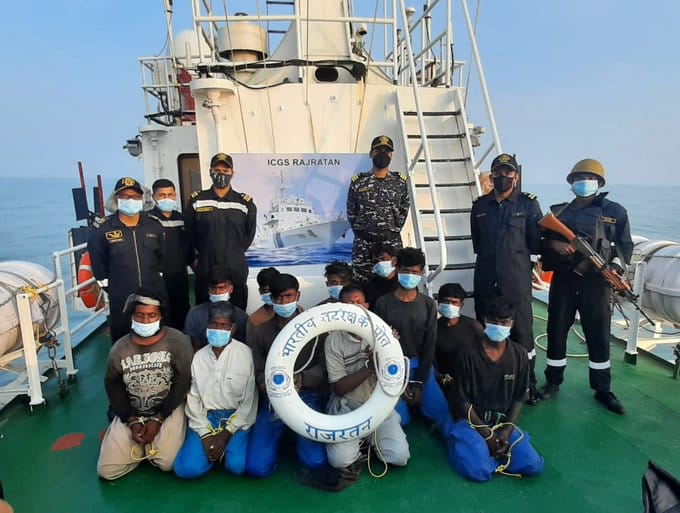 India and Pakistan’s toxic official relations continue to take a human toll and hold South Asia hostage even as the region deals with the crisis of climate change which includes fish migration patterns.

Something for the policymakers meeting in Glasgow to consider?

Beena Sarwar is a journalist covering issues of peace, media, gender. This article was produced for Sapan News Service.