At the heart of New Delhi's worries is a clause in the agreement that calls for Beijing and Kathmandu to jointly collaborate on “surveying, mapping and geo-information management”. 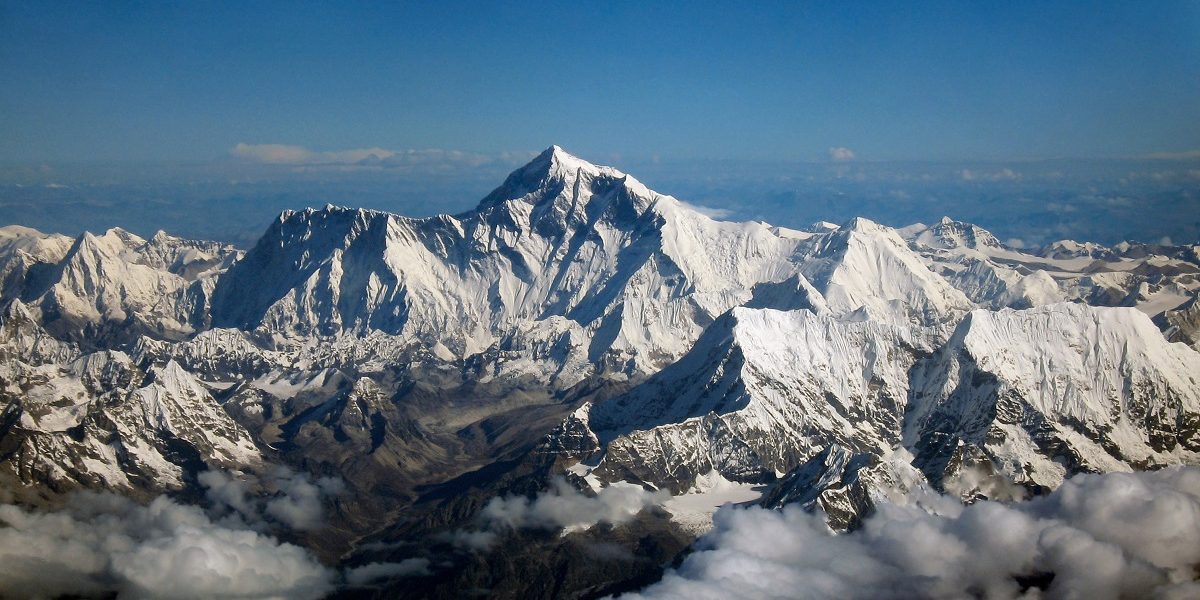 New Delhi: A seemingly innocuous draft agreement between Nepal and China to re-measure the height of Mount Everest has sent alarm bells ringing within the Indian government, according to people with knowledge of the matter

At the heart of New Delhi’s worries is a clause in the agreement that calls for Beijing and Kathmandu to jointly collaborate on “surveying, mapping and geo-information management”. A “focal point” will be established in both countries for “related information sharing and coordination”.

The reference for general collaboration on surveying and mapping has sparked some concern, sources say, particularly in light of rising Chinese activity in Nepal, especially in strategic areas.

In October 2019, when Chinese President Xi Jinping visited Nepal, one of the takeaways in the joint statement was the joint announcement of the re-measured height of the world’s tallest mountain, which was described as an “eternal symbol of the friendship between Nepal and China”.

For Nepal, the height of the Everest has always been a sensitive matter and its measurement a “national pride” project. Climbing permits to Everest alone earn around $4 million for Nepal government, with the mountain also supporting a wide-ranging economic network of porters, guides and tourism industry.

It is learnt that China now wants Nepal to sign an agreement to seal this outcome through a memorandum of understanding.

“If the announcement has already been made, why is China pushing Nepal to sign this MoU?” asked an Indian government official, requesting anonymity.

Also Read: Our Crippled Himalayan Policy Is in Dire Need of Resurrection

The title of the draft agreement, a copy of which has been seen by The Wire, is “joint announcement of the height of Mount Zhumulangma/Sagarmatha”. It is proposed to be signed between Nepal’s ministry of land management, cooperatives and poverty alleviation and the Chinese ministry of natural resources.

The draft pact’s Article 3 states that the two countries will conduct “data processing together before the announcement” of the height at Beijing and Kathmandu simultaneously.

The fourth clause then notes that both countries shall jointly conduct research in the fields of “geodetic datum, topograhic mapping and geographic information” in the “Everest region” to help in environmental protection.

While the fourth clause confines itself to Everest-related scientific research, draft Article 5 has no such geographic restriction.

“The parties shall establish a communication mechanism to promote the joint collaboration on various activities in surveying, mapping and geo-inforamtion management, and each party shall appoint a focal point to be responsible for related information sharing and coordination,” it said.

Worries about wider presence of China in Nepal

This orientation towards broader collaboration in surveying and mapping is causing consternation in New Delhi, with the Indian government already worried about the wider presence of China in Nepal.

New Delhi already perceives Prime Minister K.P. Oli’s government to be more friendly towards Beijing. This impression has been amplified with bilateral relations going through a rough patch since November last year, over border-related issues.

The height of Mount Everest has always been accepted as 8,848 metres, as measured by the Survey of India in 1954.

Over the decades, various countries had made their own calculations, but they had never been accepted.

China has already undertaken two missions to re-measure the peak, with the last mission having triggered a long dispute with Nepal.

In 2005, China announced that the height of Everest was 8,844.43 metres, which was four metres less than the standard accepted measurement. The Chinese calculation was based on the rock height, while Nepal asserted that the snowcap at the peak should be included. A compromise was reached in 2010 after both countries agreed to recognise two different heights of Mount Everest based on rock and snow.

The devastating 2015 earthquake had revived the debate of the height, with geologists observing that a swathe of the Himalayas, including where Everest was located, had ‘shrunk’ due to tectonic activity.

The Nepali government began its indigenous measurement project in 2017 for a total cost of $2.5 million. India’s offer to conduct the exercise jointly was turned by Nepal. Nepal’s top official in the department of survey had noted that it was a “question of self-respect”.

A Hindustan Times report quoted the department of survey’s director general that while China was “ready to assist Nepal”, if the Himalayan nation required any help, it “will seek support from both India and China”.

Nepali surveyors finally reached the Everest’s peak in the early hours on May 22, 2019. As per a Rising Nepal report of the ascent, a spokesperson of the survey department said that with the collection of data from the summit, “more than 75% of the task of measuring the height” had been achieved. The plan was to announce the Everest’s new height measurement in 2020, as per Nepali media reports. 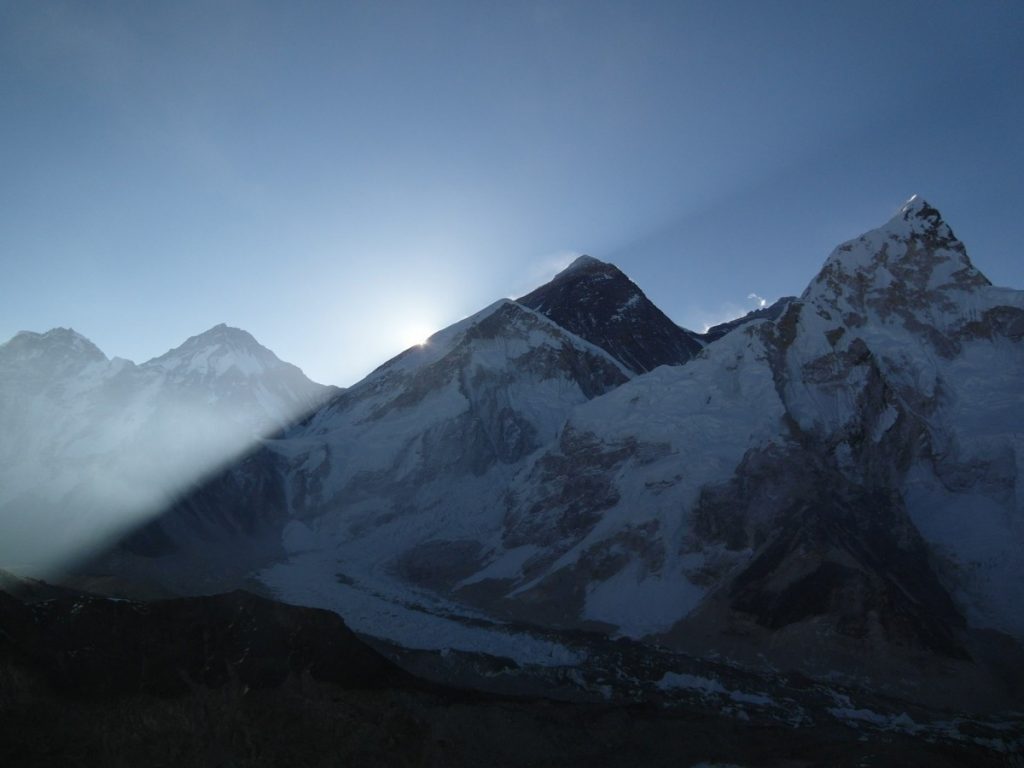 A surprise for the surveyors

Therefore, when the 2019 October joint statement proclaimed that China and Nepal will jointly make the announcement, it was a surprise for the surveyors. “We do not know how this agreement was made and since the agreement was signed, there has been no communication from the Ministry of Foreign Affairs,” the spokesperson of the Nepali Ministry of land management, cooperatives and poverty alleviation told Kathmandu Post, ten days after the joint statement was released.

Similarly, the department of survey’s director general also stated that they had not been contacted by the foreign ministry about a joint announcement.

Amish Raj Mulmi, a Nepali columnist who is writing a book on Nepal-China relations, felt that the episode over the joint announcement of the height was revelatory. “What’s more surprising – and perhaps also an indication of the state of bilateral ties – is that Nepal had been conducting its own measurements for two years. But a political decision forced the survey department to wait until China was ready with its own readings,” he told The Wire.

China sent its own survey team to the summit in May this year, amidst the ongoing coronavirus pandemic. The director of the Chinese Academy of Surveying and Mapping’s Institute of Geodesy and Geodynamics Dang Yamin claimed it was part of research to understand the impact of the 2015 earthquake on the mountain. “As one of the sovereign states of Mount Everest, China has a responsibility and obligation to settle such disputes (about height),” Dang told Chinese digital news website, The Paper.

China and Nepal had disputed the sovereignty over the Everest in first few years after diplomatic relations were established in 1955. The boundary agreement inked by King Mahendra and vice chairman of the Communist Party of China, Liu Shaoqi, in 1961 provided for the border to pass through the Everest’s peak and acceded ten out of eleven disputed sectors to Nepal.

In his book on China’s land boundary negotiations, MIT professor M. Taylor Fravel had claimed that China had accepted most of Nepal’s claims in order to “eliminate tensions” due to the security situation in Tibet. The signing of border agreements with Burma and then Nepal by the Chinese leadership, Fravel wrote, were “aimed at building momentum for similar settlement with India”.

While the sovereignty over the Everest is not at stake, the importance of the mountain to Nepali nationalistic pride was again demonstrated when the Chinese state-backed news website CGTN had to delete a social media post in May that described the Everest as being located in the Tibet Autonomous Region. After outrage from Nepali Twitterati, CGTN’s revised tweet positioned Everest on the “China-Nepal border”.