Can Sri Lanka Turn Around its Corrupted Democracy?

The Rajapaksa family has drastically weakened democracy in Sri Lanka, but now faces a stirring civilian resistance that is picking up momentum. 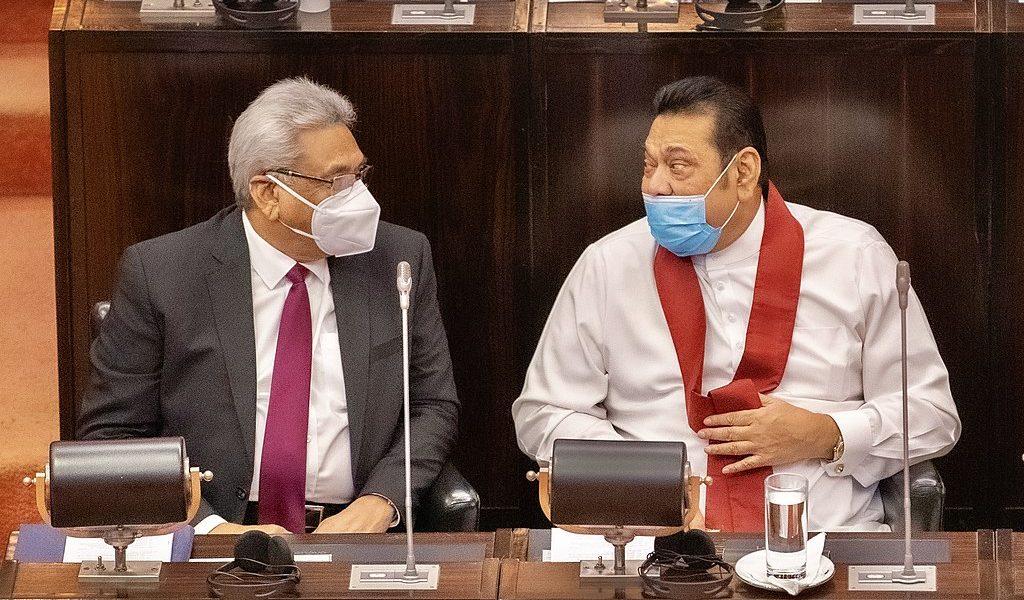 Once feared by the country’s most powerful, the Rajapaksa family that rule Sri Lanka now see their effigies hit and burned in the street, by many who once voted for them. Although their ethno-nationalist government sits securely in power, there is mounting resistance to a regime that has driven Sri Lanka into economic crisis, amid continuous corruption.

And they will not be aided by the United States – who did not even extend Sri Lanka an invitation to its upcoming online ‘Summit for Democracy’.

The summit aims to challenge authoritarianism, address corruption and advance human rights – all difficult goals for Sri Lanka, since the majoritarian politics that led to the civil war and grotesque human rights violations still live on.

The war ended in 2009, but corruption and authoritarianism have reached new heights under the rule of former President Mahinda Rajapaksa from 2005 – 2015 and his brother – President Gotabaya Rajapaksa, elected in 2019.

Yet while Sri Lanka’s backsliding democracy stands out, so too does the resilience of its civilians.

Most Sri Lankans may reject pluralism and justify the prevailing majoritarian milieu, but they make abundantly clear that they value the right to protest and vote. If the former contributes to democratic backsliding, the latter at least allows for electoral democracy.

How democracy fell into a backslide

The extremist group the Bodu Bala Sena (Buddhist Power Force or ‘BBS’) spread the anti-Muslim sentiment most forcefully, abetted by the Mahinda Rajapaksa government. While Gotabaya Rajapaksa’s election to the Presidency in 2019 prompted fears that anti-Muslim rioting would ramp up, the health and economic crises created by COVID-19 seemed to stymie the anti-Muslim forces.

The pandemic, however, did not completely prevent the government from tormenting the Muslim community. Congested Muslim areas in Colombo were among the first to register cases of COVID-19 and some claimed Muslims were spreading the virus.

The government’s requirement that all who died from COVID-19 be cremated was especially traumatic for Muslims, whose religion mandates burial. The government persisted with a blanket cremation policy, despite the World Health Organization’s declaration that burying coronavirus victims was safe.

The government only reversed course in February, 2021, when it required Muslim-majority states in the United Nations Human Rights Commission (UHRC) to vote against a resolution brought against the country for its treatment of Muslims.

Rampant corruption is another major factor undermining the rule of law in Sri Lanka. Family, friends and allies of the Rajapaksas have profited by receiving lofty, well-paying, state-funded positions that require little work.

Today Gotabaya, Mahinda, their two other brothers and Mahinda’s son oversee departments and agencies that collectively control nearly 70% of the island’s budget.

This takes place while the Presidential Commission of Inquiry on Political Victimisation, created by Rajapaksa’s Government, absolves the family and their allies of criminal charges.

Officials from the previous government’s Attorney General’s Office and Criminal Investigation Department who filed the charges are now being prosecuted for allegedly fabricating evidence.

Chinese-funded projects have played a large role in promoting Rajapaksa, just as Chinese state support for the family has aided their authoritarianism.

The no-revenue generating, non-concessionary, non-transparent and unsolicited “blingfrastructure” projects have lined Rajapaksa pockets, but also have saddled Sri Lanka with massive unpayable debts and led to a dire economic climate.

Sri Lankans have revolted against resultant scarcities, showing the island’s resilience as a democracy.

Sri Lanka was pushed into debt by the civil war, but war-related corruption has seen this debt increase. Repaying China for exorbitant infrastructural projects, debts owed to non-Chinese entities and corruption that persisted through the pandemic have all contributed to a severe balance of payments crisis.

Government coffers contain only around $1.5 billion in reserves as of November, 2021, while debt payments for 2022 amount to around $4.3 billion.  The foreign currency shortage has prevented banks from providing importers with lines of credit, which has caused long queues for essential items like petrol and milk powder.

The government banned chemical fertilisers, saving around US$400 million and appealing to nationalist sentiment by claiming locally-produced organic fertiliser was better. But the decision led to widespread protests from farmers. Teachers also went on strike, citing rampaging inflation, made worse by the government recklessly printing money.

Protests have been led by grassroots civil society groups. Previously, village-level groups may have avoided challenging Rajapaksa governments given their mutual commitment to Sinhalese Buddhist supremacy. Their now-vociferous demands show the strength of civil society, and resilience of democracy in Sri Lanka.

The trick is to craft an ethnoreligious compact where majoritarianism coexists in a peaceful and diverse setting. While Sri Lanka’s leaders should be pushed to reconcile with minorities, reject ethno-religious violence and promote a more pluralistic setting, one must be realistic about what to expect.

Pro-democracy advocates should continue to engage with the government while advocating for democratic reforms. Less engagement will push the country’s leaders to further lean on autocratic states and exacerbate democratic backsliding.

There’s also an opportunity to  leverage the island’s dependence on western export markets to push for pro-democracy policies.

The Elections Commission and anti-corruption bodies remain important for promoting transparency, and sanctions remain a live option to stimie individuals and their families who violate human rights and thrive on corruption.

This article was originally published under Creative Commons by 360info.

Neil DeVotta is Professor of Politics and International Affairs at Wake Forest University.