Understaffed inspectors, a delay in hiring process and pressure from factories have made it difficult for boiler rooms to be inspected. In the past four years, 62 persons have died in 12 boiler room explosions. The rubble in the site of Tampaco factory near Dhaka. Credit: Mahmud Hossain Opu

Dhaka: Bangladesh is shifting from an agrarian economy to an industrial one, with an average annual industrial growth rate of 6.8% (as per the CIA World Factbook) over the past decade. While this steady progress has garnered praise and bagged export deals for its economy, one problem steals its glory: boiler rooms.

In the last four years, a total of 62 persons have died in 12 separate incidents of boiler explosions in Bangladesh. On September 10, 2016, 24 people died in a single explosion at Tampaco Foils Ltd, a packaging factory in Tongi at the outskirts of the capital Dhaka. On July 3 last year, 13 people died after a boiler exploded at Multifabs Ltd, a textile factory in Gazipur district.

Considered as the heart of an industrial set up, these boilers run on natural gas and need periodic inspections to ensure safety standards. But for a total of 5,039 active boilers across the country, Bangladesh has just eight government appointed inspectors!

These inspectors are tasked with several duties: approving new boilers and skilled boiler operators (to being one, training is needed, after which candidates must pass an exam conducted by the same inspectors), renewing old boilers by issuing fitness certificates and paper work to comply with the bureaucracy. 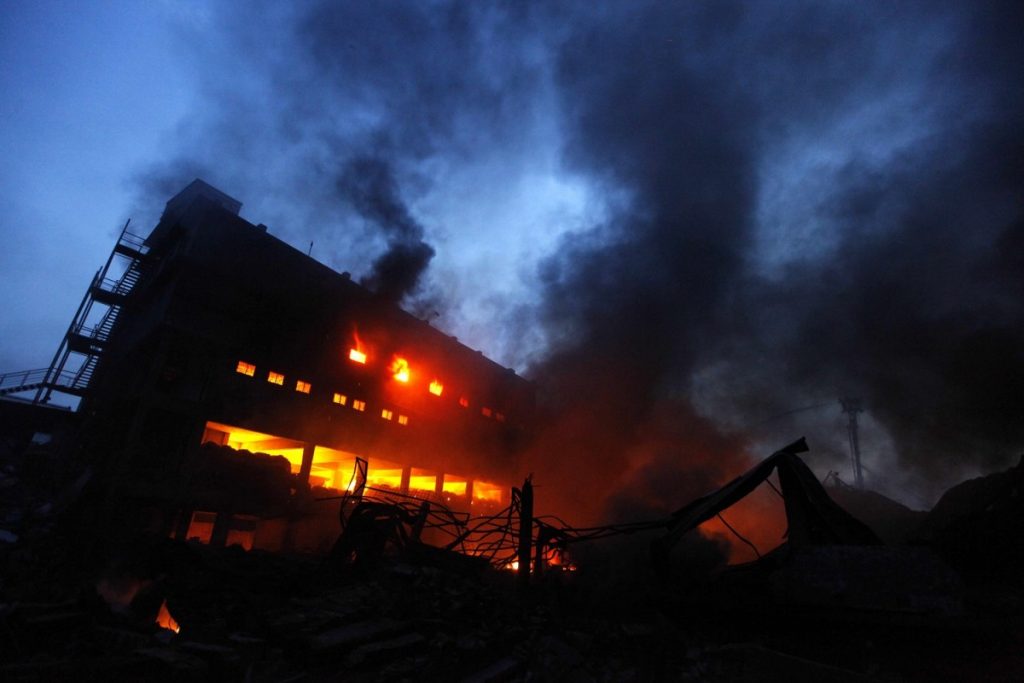 For issuing fitness certificates, the inspectors need to visit industrial units scattered across the country, individually. The field visits are made by the inspectors. The chief inspector and deputy chief inspectors usually don’t go to the field but have to oversee them and go through the paper works prepared after a filed visit.

But for a total of 5,039 active boilers across the country, Bangladesh has just eight government appointed inspectors!

“In the last 48 hours, I needed to inspect and issue fitness certificates to 14 boilers,” said Hanif Hossain, an inspector with the office of the chief inspector of boilers under the industries ministry of Bangladesh. “And all of them are in Barishal (a coastal town some 290 kilometers away from the capital),” said Hossain.

To inspect a single boiler properly, three to four hours are needed, Hossain said. Before that, the boiler needs to be closed down for at least 32-48 hours, depending on the type, size and age.

“There was immense pressure from the factories who all want their boilers to be inspected,” said Hossain, “So I had to put in long hours.” Despite that, he said he was only able to inspect four-five boilers thoroughly. For the rest, mostly new boilers, he didn’t bother to go through the lengthy and tiresome process of hydraulic testing. He just went through their logbooks.

“I came back from Barishal at 1 am yesterday and now I am in the office by 9 pm,” Hossain said, while we met in his office. “I have to finish the paper work of all the boilers I checked,” he said pointing towards a pile of files on his table.

A near impossible task

Hossain is usually given the task of inspecting around 85-90 boilers every month. The four other inspectors also have the same task. Apart from the five inspectors, there are two deputy chief inspectors and a chief inspector in the office.

“I was asked to inspect 87 boilers last month,” said Pranab Kumar Sarkar, another inspector. “I could only properly inspect about half of those,” he said. Out of the ones that Sarkar inspected, fitness certificates were issued against 44. He has not been able to complete the paper work for the rest yet.

As per the Boilers Act of 1923, the 94 year old Act which sets the guideline for inspection, an inspector is entitled to issue fitness certificate for six months. But before it is issued, the deputy chief inspectors have to scrutinise the report. The chief inspector has the capacity to issue fitness certificate for one year after going through the field report.

Most of the factories which are obliged to get a fitness certificate apply and pay for the one-year certificate. Thus, the reports prepared after the field visits have to be tabled with the chief inspector.

“Every year, I need to sign over 70,000 inspection reports,” said Abdul Mannan, the incumbent chief inspector. “The reports are technical and reviewing them properly takes time. Nonetheless, I have to do it,” he said.

Mannan, who has been the chief inspector for the past two-and-half years, said only a mechanical engineer can inspect the boiler properly. An inspector has to be familiar with new models of boilers and must read technical manuals, know how to conduct hydraulic test, boiler shield test and safety valve test.

“All the recruits in my office are mechanical engineers with at least an undergraduate degree. We are all severely overworked and it takes a toll on the tasks in our hands,” he said.

He said the Boilers Act makes it mandatory to have an annual fitness check of every factory with a boiler across the country. When the factory owners submit the applications for annual fitness certificates, each inspector is allocated a certain number of boilers for inspection. Since the office is severely understaffed, the deputy chief inspectors and the chief inspector also visit the field now.

“I now have to go to factories, which make it quite impossible for me to complete the intensive paper work,” said Mannan.

Deputy chief inspector Zia Ul Haque told The Wire that to make the boiler inspectors task less hectic, the office of the chief inspectors of boilers conduct training and exam for boiler operators. After passing the exams and getting the certification, these operators get appointed in a factory with a boiler room. 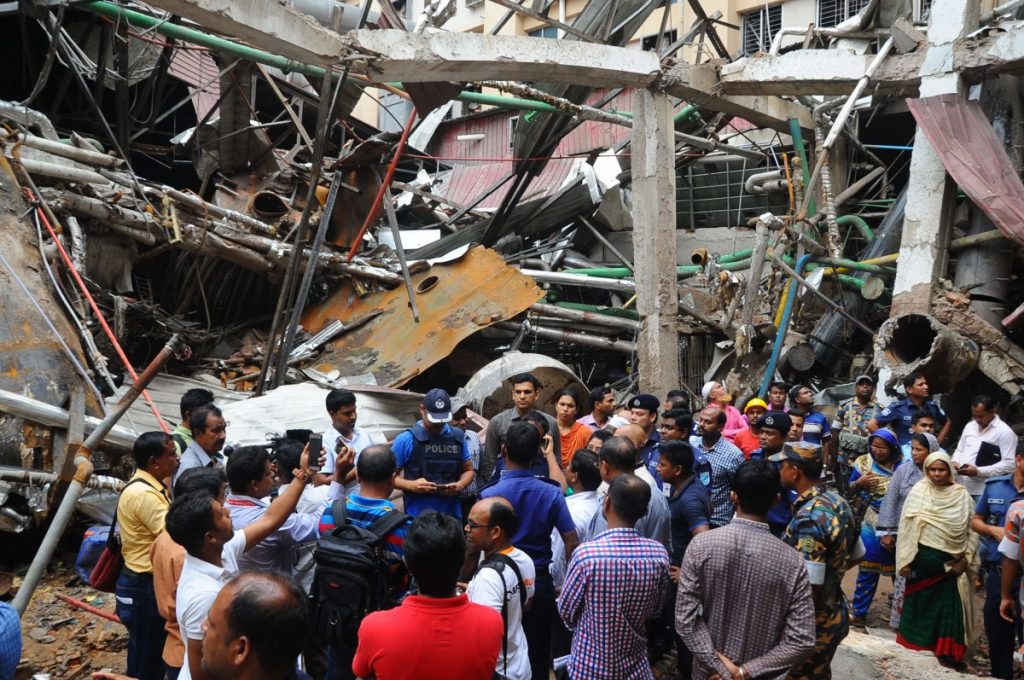 “They are trained to keep a log book of the boiler. This has all the necessary information about the boiler. By looking at it, we are supposed to get an understanding of the boiler of that factory instantly,” said Haque, “But unfortunately, we find many of those log books are being maintained on a piecemeal basis,” he added.

A boiler operator of a textile factory said on the condition of anonymity that the owners, in many cases, force them to run the boiler for a prolonged period. “If the boiler is stopped, the production unit must also be halted. The profit driven owners sometimes fail to understand the danger of an overworked boiler and force us to keep the boiler room operational for longer than it should be,” said the operator.

Talking with The Wire, Siddiqur Rahman, president of Bangladesh Garments Manufacturers and Exporters Association (BGMEA) said, boilers represent a significant capital investment for any industry and the owners are aware of the danger of an overworked and improperly checked boiler. “No factory owner would put the boiler in risk by overworking it,” said Rahman.

Rahman said the BGMEA asks all its member factories to get their boilers checked properly. “The association also held several awareness programmes on how to use boilers properly,” he said. “But the numbers of boiler inspectors make the whole practice of boiler checking a daunting task,” he said.

A boiler operator of a textile factory said on the condition of anonymity that the owners, in many cases, force them to run the boiler for a prolonged period.

Shafiul Islam Mohiuddin, president of Federation of Bangladesh Chambers of Commerce and Industry (FBCCI) – the apex body of all the business in the country – said the government needs to immediately appoint more boiler inspectors. “Improperly checked boilers are great risk for workers,” he said.

After the boiler explosion incident in Multifabs Ltd last year, two inter-ministry meetings were conducted to proceed on a stalled process of appointing over 200 new personnel –at least 100 of whom are boiler inspectors, and a proposal was finalised by the Ministry of Industries.

Mohammad Abdullah, the ministry’s secretary told The Wire that the process of recruiting new personnel has been stalled. “But now, we have finished the paper work for recruitment. We hope to issue a new circular for the positions in that office within the next few months,” he said.