Separatist insurgents from the Baloch Liberation Army claimed responsibility for the blast in a statement. 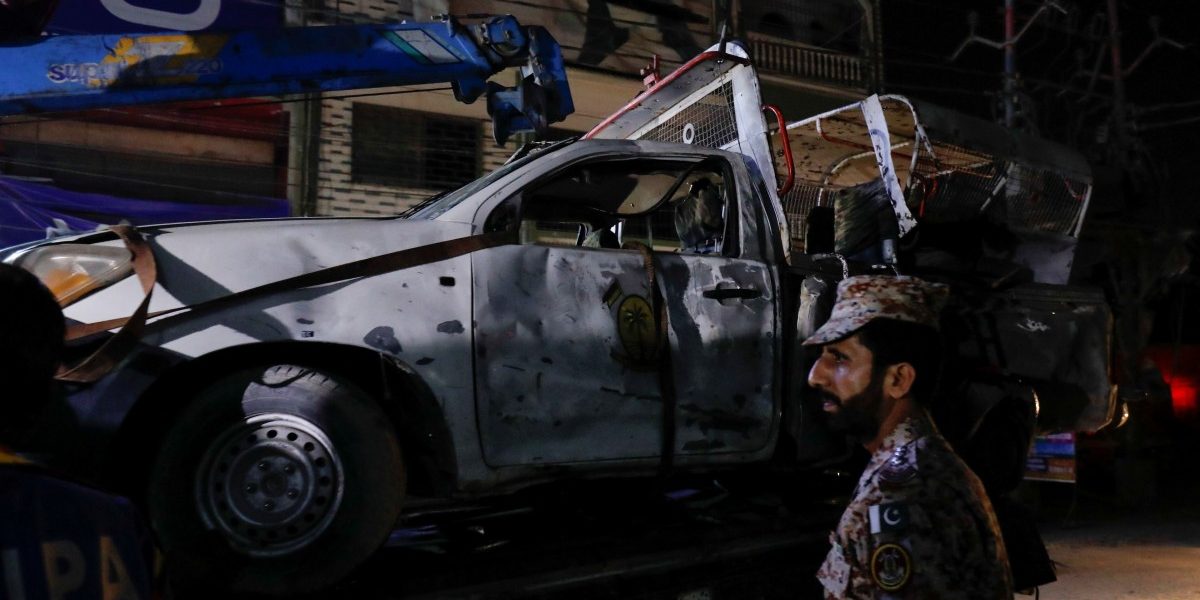 A paramilitary soldier looks on as a damaged vehicle is lifted from the site of a blast, in Karachi, Pakistan March 15, 2021. Photo: Reuters/Akhtar Soomro

Karachi: A remote-controlled bomb exploded on Monday in the Pakistani city of Karachi, killing a paramilitary soldier and injuring eight other people, police said.

“[The] initial investigation suggests an explosive-rigged motorcycle was used in the blast,” senior police officer Suhai Aziz told Reuters, adding that the device was detonated through remote control.

The device, planted next to a security services vehicle, also injured six other people who happened to be in the area, according to Karachi police officials.

Separatist insurgents from the Baloch Liberation Army (BLA) claimed responsibility for the blast in a statement shared with Reuters. The group has been fighting an insurgency in the southwestern province of Balochistan, targeting security forces and infrastructure and mineral extraction projects that the militants say exploit the region at the expense of locals.

Last June, the BLA took responsibility for an attack on the Pakistan Stock Exchange, also in the city of Karachi, where four militants armed with guns and grenades killed two guards and a policeman before security forces killed them. In 2018, three BLA militants attacked the Chinese consulate in the city, killing four people before being killed themselves.

The group has allied itself in the past with the Sindhudesh Revolutionary Army, another separatist outfit active in Sindh province, of which Karachi is the largest city. That group killed four people, including two soldiers, in blasts in June 2020, and injured 30 people at a rally against Indian control of Kashmir in August that year.