Why the Bangladesh Government Is Scared of Shahidul Alam

The photographer's arrest shows that the government wants to make sure that not only will Alam keep his mouth shut in the future, but also ensure that other independent minded non-partisan individuals do the same. 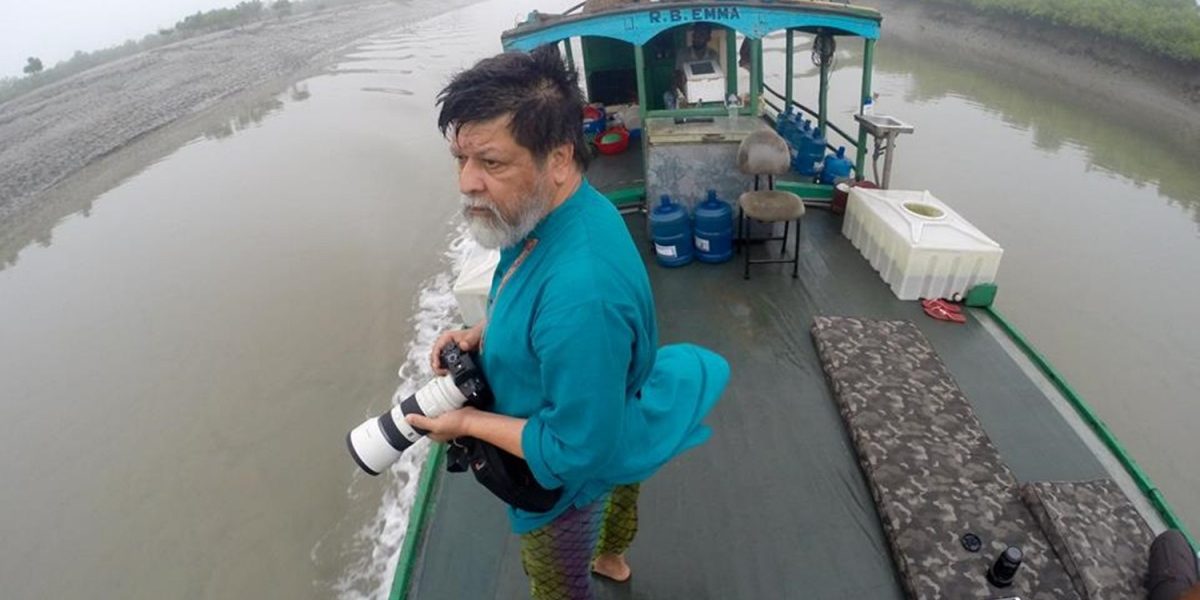 The arrest of eminent Bangladeshi photographer Shahidul Alam by over 25 detective branch officers on Sunday night is a clear indication of an increasingly nervous and authoritarian government in Bangladesh as national elections approach.

Far worse things, of course, have happened to many more people in recent months and years under the current Awami League government.

Hundreds have been picked up by law enforcement agencies and disappeared for weeks or months at a time, with the whereabouts of many remaining unknown. Extra-judicial killings have been widespread, resulting in the deaths of over 200 people under the rubric of a war on drugs in the last few months. Many thousands of others have been arrested under false cases and detained for months before receiving bail for saying the wrong things or belonging to the wrong political party. And of course, just in recent days, students and journalists have been attacked by governing party student wing members, with some suffering serious injuries.

So, in the context of these widespread human rights abuses, the detention of Shahidul Alam – who has a significant national and international following demanding his immediate release – may not appear that significant.

This is because the government is scared of people like Alam who are not only independent minded, widely respected and non-partisan but also  willing to speak their mind. Whilst such people are few and far between in Bangladesh – it is difficult to think of many others with his boldness right now – the government of Bangladesh wants to make sure that this remains the case by scaring those few others who, like him, have the confidence, ability and eloquence to articulate a holistic critique of the current political situation.

It seems that the only rationale for Alam’s detention is that the government wants them to know that they too will be picked up, detained and charged if they try to do something similar.

The police have filed a case against the photographer for his social media comments under Section 57 of the Information and Communication Technology Act 2006 alleging that he “disseminated false, confusing and provocative statements that could deteriorate the law and order situation, as well as incite the sentiment of students to engage in destructive activities.”  Though it is unclear exactly which posts the police are referring to in making this allegation, the experience of similar prosecutions under this section – which results in a minimum sentence of seven years imprisonment on conviction – suggest that the police are very good at taking  “truth, clarity and good sense” and simply defining them as “falsehood, confusion and provocation”.

However, what the government must really be concerned about is what Alam said in an interview he gave on Al Jazeera Television just hours before he was picked up.

These are things that the government does not want others to say from within the country.

When asked about whether the protests, triggered by the death of two young school students about road safety, suggested that something “larger was going on”, he answered, “very much larger.”

He then set out a litany of concerns that people had against the government; starting with its “lack of a mandate to rule” as the majority of MPs were elected unopposed in the most recent 2014 elections since the opposition parties refused to take part. As a result, he said, the government “has been clinging on by brute force”.

Alam then went on to refer to, “The looting of banks, the gagging of the media …. the extra-judicial killings, the disappearances, the need to give protection money at all levels, bribery at all levels, corruption in education. It is a never ending list.”

He then talked about the lack of credibility held by the prime minister referring back to protests carried out earlier this year by university students against the use of quotas for government jobs that meant that general students were competing for just 46% of all the jobs. “Under pressure the prime minister offered reforms but them reneged on them,” Alam said. “So this time when students did go on protests [on road safety], … the prime minister has promised that she will cede to their demands, but of course people no longer believe. She has no credibility.”

He then went on to expose how the law enforcement agencies were allowing “armed goons” to attack the school and university students who were that day protesting on the streets.

“The police specifically asked for help from these armed goons to combat unarmed students demanding safe roads. I mean now ridiculous is that,” he said. “Today I was in the street and there are people with machetes in their hands chasing unarmed students and the police are standing by watching it happen. In some cases they are actually helping it out.”

One thing that Alam did not say – suggesting that even he was exhibiting some self-censorship – was that these armed men belonged to the student wing of the governing Awami League party.

The Al Jazeera presenter then asked Alam a question about how the government was going to deal with these student protests.

However tough his previous response, his final answers must have been the ones that most likely riled the government.

“I think the Government has miscalculated,” he said. “It certainly felt that fear was enough, repression would have been enough, but I think you cannot tame an entire nation in this manner.”

And then he talked about the forthcoming elections – which just about everyone in the country assumes will be rigged, but few dare to talk about.

“And of course, they are approaching elections, so the nearer it gets to elections, the more sensitive they are,” he said. “They know that if there is a fair and free election, they will lose. But they haven’t got an exit plan [and] as they have misruled for so long so that if they do lose, they will be torn apart. So, they have to hang on by any means, so that is exactly what they are doing. They are clinging on using the entire might of the system plus the armed goons at their disposal.”

Alam’s interview and the government’s response, should give pause to those who still think that the current Bangladesh government is anything other than an authoritarian regime

One need not agree with every word to recognise that this is a legitimate critique based on reality.

The international community has treated Bangladesh with kid gloves over recent years. The Awami League is a secular Muslim party, considered by many diplomats and liberal commentators as a preferred choice to the main opposition political party, Bangladesh Nationalist Party, that allies itself with a small Islamist party. Moreover, ever since the Rohingya crisis which resulted in as many as a million refugees fleeing to safety in Bangladesh from Myanmar government attacks, diplomats have soft-peddled even further on the Bangladesh government repressive conduct, desperate as they are to obtain government cooperation for their aid efforts. You now rarely hear a peep from them.

Alam’s interview and the government’s response, should give pause to those who still think that the current Bangladesh government is anything other than an authoritarian regime unwilling to hand over power peacefully in any future elections.

Of course the government could change course and take steps to open up the country to proper multi-party democracy and freedom of expression that could allow a free and fair election. There must be those within the government who think that this would be a far wiser course of action rather than the current autocracy and repression.

A first good step to this end would be to immediately release Alam, accept that they made a mistake, and drop the charges against him