The Taliban has claimed responsibility for the attack. 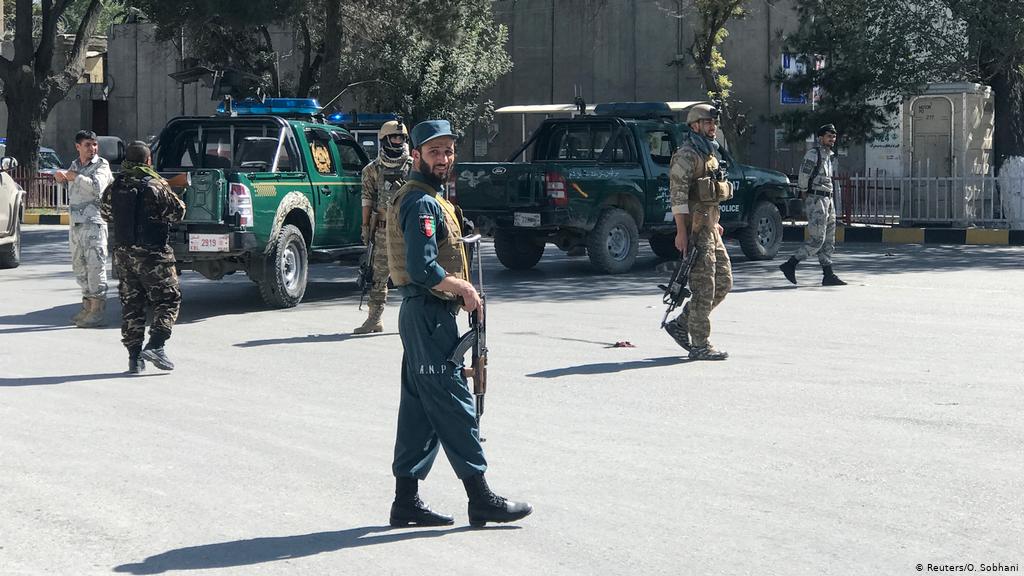 Security forces including members of the Afghanistan National Police keep watch in the aftermath of the blast. Photo: Reuters/O Sobhani

Two blasts rocked Afghanistan on Tuesday, one near a campaign rally for President Ashraf Ghani in Parwan province and another in the capital Kabul. President Ghani was reported to be safe, but at least 30 people were killed in the attacks.

“Women and children are among them, and most of the victims seem to be the civilians. Ambulances are still operating, and
the number of casualties may rise,” said Abdul Qasim Sangin, head of the provincial hospital.

Officials in Parwan said they believed a suicide bomber rammed a motorcycle into a police vehicle outside the venue where Ghani was speaking on the outskirts of the city of Charakar.

Later on Tuesday there were also reports of a second blast in Kabul that killed a further six people, which was near both an army base and the US embassy.

Taliban officials later claimed both attacks, as part of an uptick in violence across Afghanistan in the run-up to the country’s elections on September 28. A spokesman said the bombs were targeting security services.

The Taliban, in particular, has vowed to disrupt election campaigning, shortly after peace talks abruptly broke down between the extremist group and the US government. Taliban leaders promised more violence after US President Donald Trump withdrew from negotiations a day after a Taliban attack killed a US soldier.