Amid Economic Crisis, Sri Lanka Placed Under Emergency for Second Time in a Month

The decision came amid weeks of protests by the public demanding the resignation of the President and the government. 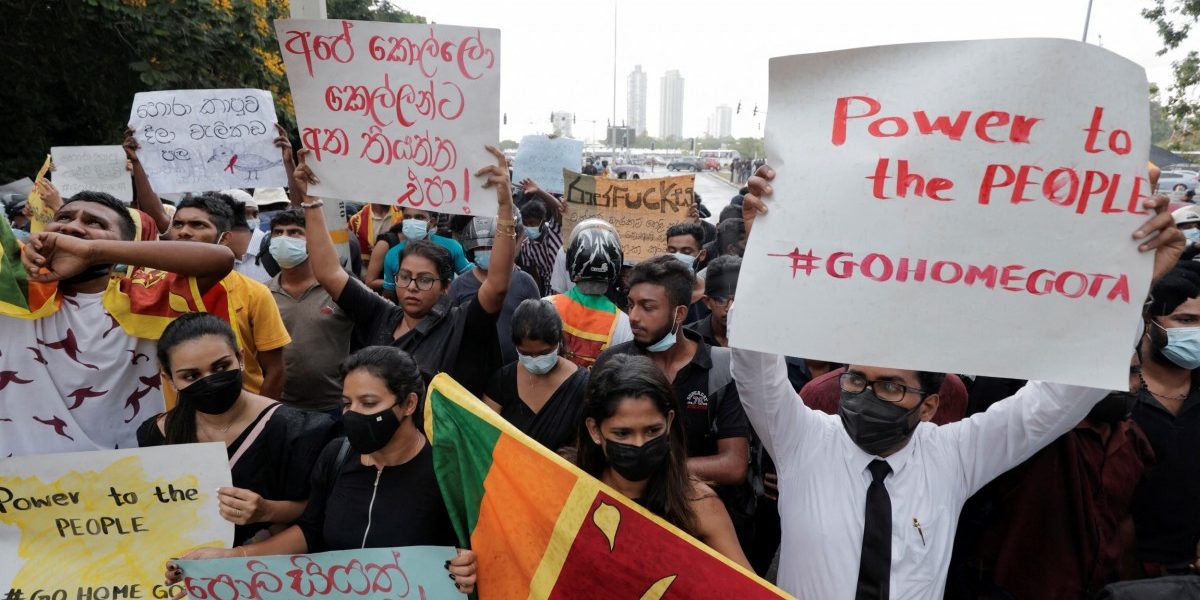 People hold placards as they demand Sri Lanka's President Gotabaya Rajapaksa to resign after his government lost its majority in the parliament, amid the country's economic crisis, during a protest near to a road leading to the parliament building in Colombo, Sri Lanka, April 5, 2022. Photo: Reuters/Dinuka Liyanawatte

Colombo: Embattled Sri Lankan President Gotabaya Rajapaksa declared a state of emergency with effect from Friday midnight, the presidential media division said, the second time in just over a month amidst growing countrywide anti-government protests over the unprecedented economic crisis.

The state of emergency gives the police and the security forces sweeping power to arbitrarily arrest and detain people.

Rajapaksa’s decision was to ensure public security and maintain essential services so as to ensure the smooth functioning of the country, the presidential media division said.

The decision came amidst weeks of protests demanding the resignation of the President and the government, blaming the powerful Rajapaksa clan for mishandling the island nation’s economy, already hit by the pandemic.

Earlier in the day, student activists warned to lay a siege to Parliament as trade unions launched a crippling island-wide strike to demand the resignation of President Gotabaya Rajapaksa and his government over their inability to tackle the economic meltdown which has caused unprecedented hardships to the public.

On Friday, beleaguered Prime Minister Mahinda Rajapaksa, who has made it clear that he will not quit from his post, came under unexpected pressure to resign at the special Cabinet meeting.

There were opinions during the Cabinet, some even suggested the prime minister must resign. “The President (Gotabaya Rajapaksa) was keen to see an end to the political crisis even with the resignation of the prime minister,” a ministerial source said.

The backers of the 76-year-old prime minister had insisted him to stay on as the public demand was more for the resignation of President Gotabaya Rajapaksa, his younger brother. 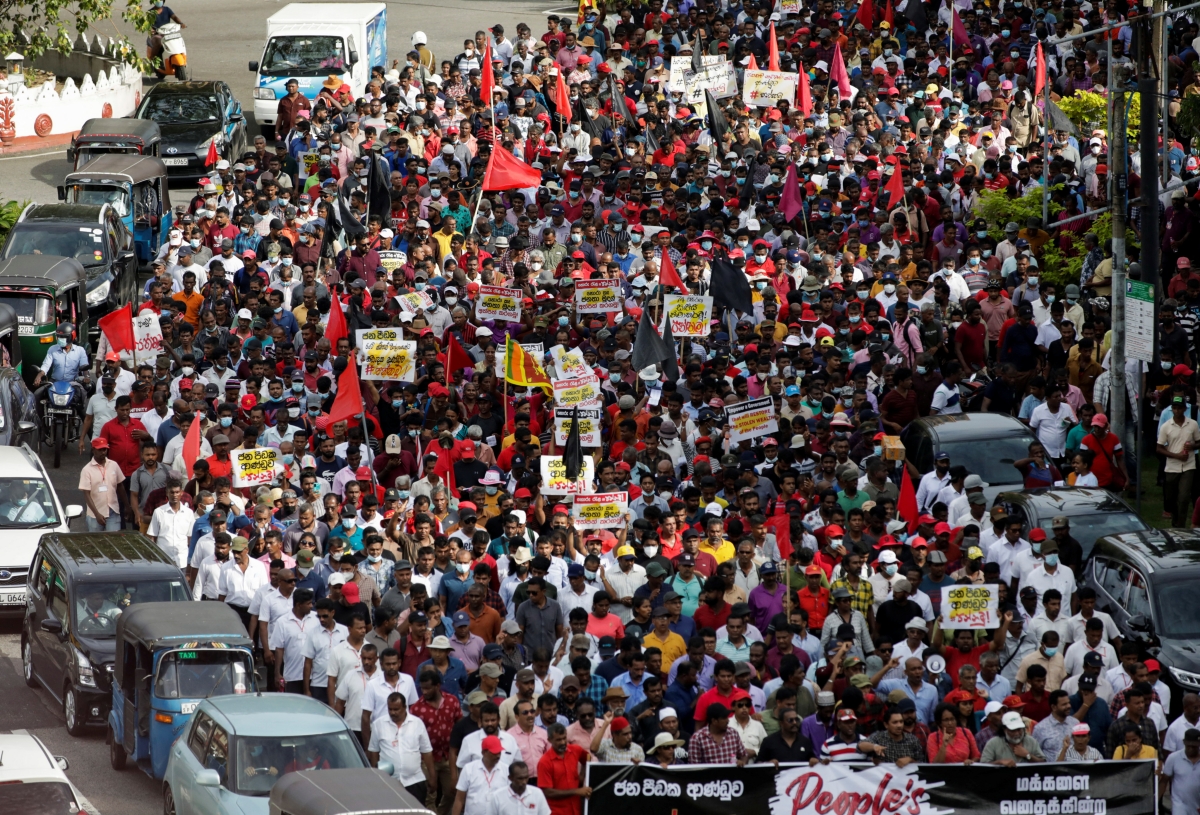 The 72-year-old president for a few weeks now has been wanting the prime minister to resign in order to set up an all-party interim government.

Sri Lanka is going through the worst economic crisis in its history with the shortage of essentials, and power outages caused by a severe forex crisis.

Rajapaksa had declared emergency on April 1 also after a mass protest opposite his private residence. He had revoked it on April 5.

Since April 9, the protesters have been staying near the presidential secretariat in the ‘Gota go home gama’ or Gotabaya Go home village and since April 26 the Mynah go home village’ or Mahinda Go Home Village’.

Sri Lanka is currently in the throes of unprecedented economic turmoil since its independence from Britain in 1948. The crisis is caused in part by a lack of foreign currency, which has meant that the country cannot afford to pay for imports of staple foods and fuel, leading to acute shortages and very high prices.

Thousands of demonstrators have hit the streets across Sri Lanka since April 9, as the government ran out of money for vital imports; prices of essential commodities have skyrocketed and there are acute shortages in fuel, medicines and electricity supply.

Despite mounting pressure, President Rajapaksa and his elder brother and Prime Minister Mahinda Rajapaksa have refused to quit.

On Thursday, they won a key election in Parliament when their candidate convincingly won the race for the post of Deputy Speaker.