Amidst Clashes in Sri Lanka, India Clarifies No Leaders Have Fled to Its Shores 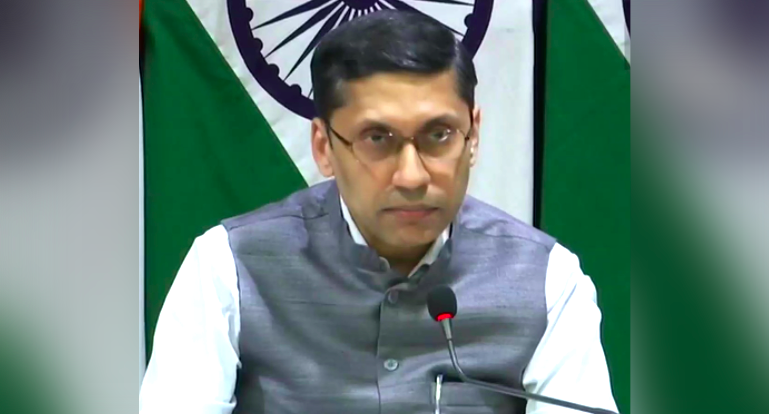 New Delhi: A day after Sri Lankan Prime Minister Mahinda Rajapaksa resigned amidst waves of violence that shook the island, India underlined that it will go by the interests of the “people of Sri Lanka”, even as it staved off rumours that members of the regime had already escaped to its northern neighbour.

On Monday, ruling party supporters attacked peaceful anti-government protestors outside the official residence of the Prime Minister. This resulted in a wave of retaliatory violence, amidst which Rajapaksa resigned.

His resignation, however, did not stem the attacks by protestors on the houses and properties of ruling lawmakers, defying a nationwide curfew.

The violence came after weeks of peaceful protests against the government for its disastrous mismanagement of the economy which had led to a severe shortage of fuel and food. A man looks at a damaged bus after it was set on fire during a clash of pro and anti-government demonstrators near the Prime Minister’s official residence, amid the country’s economic crisis, in Colombo, Sri Lanka, May 10, 2022. Photo: Reuters/Dinuka Liyanawatte

Former prime minister Rajapaksa left the official Temple Trees residence on Tuesday morning. After rumours spread that he was ensconced at Trincomalee naval base, protests began outside the base’s gate, where demonstrators demanded his arrest.

In its short statement, India referred to democracy and also the “people of Sri Lanka”, with no direct mention of the Sri Lankan government.

“As a close neighbour of Sri Lanka, with historical ties, India is fully supportive of its democracy, stability and economic recovery,” said Ministry of External Affairs (MEA) spokesperson Arindam Bagchi.

He added that India will “always be guided by the best interests of the people of Sri Lanka, expressed through democratic processes”.

Further, the MEA spokesperson referred to India’s assistance to $3.5 billion to Sri Lanka this year to tide over the current difficulties. “In addition, the people of India have provided assistance for mitigating the shortages of essential items such as food, medicine etc,” he noted.

Sri Lankan President Gotabaya Rajapaksa had imposed a state of emergency on Friday, which was criticised by western countries. However, India had not issued any official statement then.

Besides the statement, the Indian high commission in Sri Lanka had to also issue a separate clarification on Tuesday as rumours swirled through the country as people speculated about the location of the Rajapaksas.

The Indian high commission tweeted that it “strongly” refuted rumours that “certain political persons and their families have fled to India”.

High Commission has recently noticed rumours circulating in sections of media & social media that certain political persons and their families have fled to India.
These are fake and blatantly false reports,devoid of any truth or substance.High Commission strongly denies them.

Earlier, Mahinda Rajapaksa’s son, Namal told news agency AFP that his father would not flee Sri Lanka. “There are a lot of rumours that we are going to leave. We will not leave the country,” he said.

Refusing to disclose his father’s whereabouts, Namal said that his father was at a “at a safe location” and was “communicating with the family”.

Last Friday, the Indian high commission had to deny media reports that the Sri Lankan government had used the line of credit to import a water cannon vehicle. “These reports are factually incorrect. No water canon vehicles have been supplied by India under any of the credit lines extended by it,” it posted.

#India to #SriLanka .Credit line of USD 1 billion to 🇱🇰is intended to help the people of 🇱🇰 with availability of food,medicines and other essential items required by the people of 🇱🇰 in the current situation. Such incorrect reports don’t make any constructive contribution (2/3)