Officials worry that violence will keep voters away from polling stations, particularly following the assassination of the police chief of Kandahar, which forced authorities to delay the election in the province by a week.

Kabul: Afghans began voting on Saturday in parliamentary elections overshadowed by a chaotic organisation, allegations of corruption and violence that has forced a postponement of the vote in the strategic southern province of Kandahar.

President Ashraf Ghani visited a polling station to cast his own ballot, requesting “that every Afghan woman and man should exercise their right to vote.”

Officials worry that violence will keep voters away from polling stations, particularly following the assassination of the police chief of Kandahar on Thursday, which forced authorities to delay the election in the province by a week.

Taliban militants have issued a series of statements telling people not to take part in what they consider a foreign-imposed process and warning election centres may be attacked.

Thousands of police and soldiers have been deployed across the country but already nine candidates have been assassinated and hundreds of people killed and wounded in election-related attacks.

Polls opened at 7 am (0230 GMT) and voting is due to continue until 4 pm. Due to the difficulty of collecting and collating results across Afghanistan, the overall results will not be known for at least two weeks.

There were isolated security incidents, including rockets in the capital city Kabul and the northern city of Kunduz. Reports of gunfire outside Ghazni city in central Afghanistan and minor blasts in Kapisa province and districts outside the capital Kabul but no reports of major casualties.

Also Read: Designed to Fail: The American Misadventure in Afghanistan

Election authorities originally planned 7,355 polling centres but only 5,100 will be able to open due to security concerns, according to the Independent Election Commission, overseeing the vote.

Voting has also been delayed in Ghazni province, by arguments about the representation of different ethnic groups. 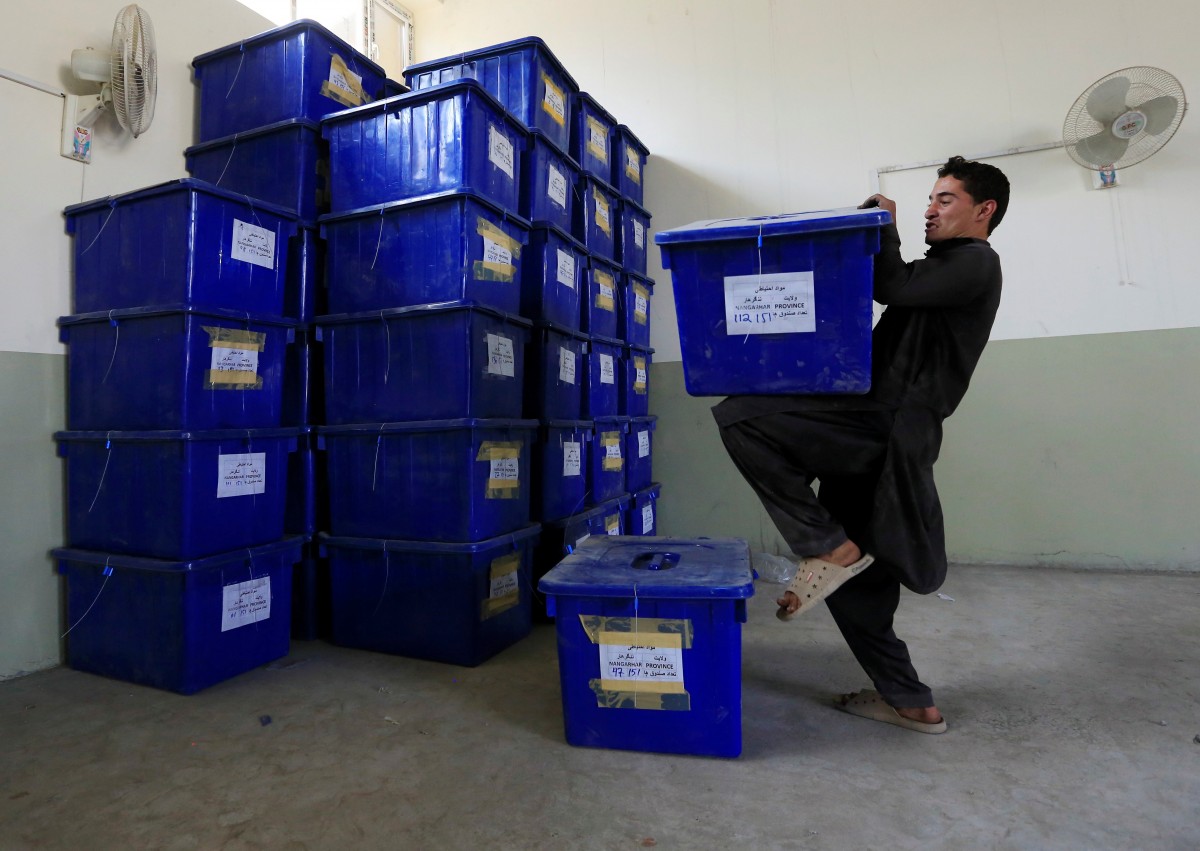 As voting began, voters and election monitors reported problems in some areas, with a number of polling stations opening late and difficulties with the biometric voter verification equipment that was rushed in at the last minute.

“There are still many sites in the western part of Kabul that are not open. I’ve been waiting here for two-and-a-half hours but election workers say they’re waiting for the voter lists,” said Mohammad Mohaqeq, a leader of the Hazara community, which is heavily concentrated in the west of the capital.

But there were also people who hoped that their ballot could help improve their lives.

“I want candidates to serve the country and hear the voices of the disabled and the poor,” said Abdullah, a wheelchair-bound voter in the western city of Herat.

“People ask what difference one person’s vote will make but I say, if a million disabled people come out to vote, you don’t think that will make a difference?”

Widespread allegations of voter fraud present a challenge to the legitimacy of the process, seen by Afghanistan’s international partners as a vital step ahead of the more important presidential election next year.

Afghan politics is still poisoned by the aftermath of a disputed presidential vote in 2014 that forced the two main rival groupings to form an unstable partnership. Both sides were accused of massive electoral cheating.

“Fraud, the abuse of power and corruption are going to be the main challenge, much more than security,” said Aziz Rafiee, a political analyst and executive director of the Afghan Civil Society Forum.

Some 8.8 million voters have been registered but an unknown number, by some estimates as many as 50% or more, are believed to be fraudulently or incorrectly registered.

About 2,450 candidates are competing for places in the lower house, which has 250 seats, including one reserved for a candidate from the Sikh minority. Under the constitution, parliament reviews and ratifies laws but has little real power.

In a bid to ensure the vote is fair, biometric voter registration technology was brought in at the last minute.

But many fear the untested technology, which was still being distributed to provincial voting centres as recently as Thursday, will add to the confusion without eliminating fraud.