There Is a Crisis of Empathy in Afghanistan

By refusing to acknowledge the historical and continuing violence against Hazaras, the country may be jeopardising chances of future peace. 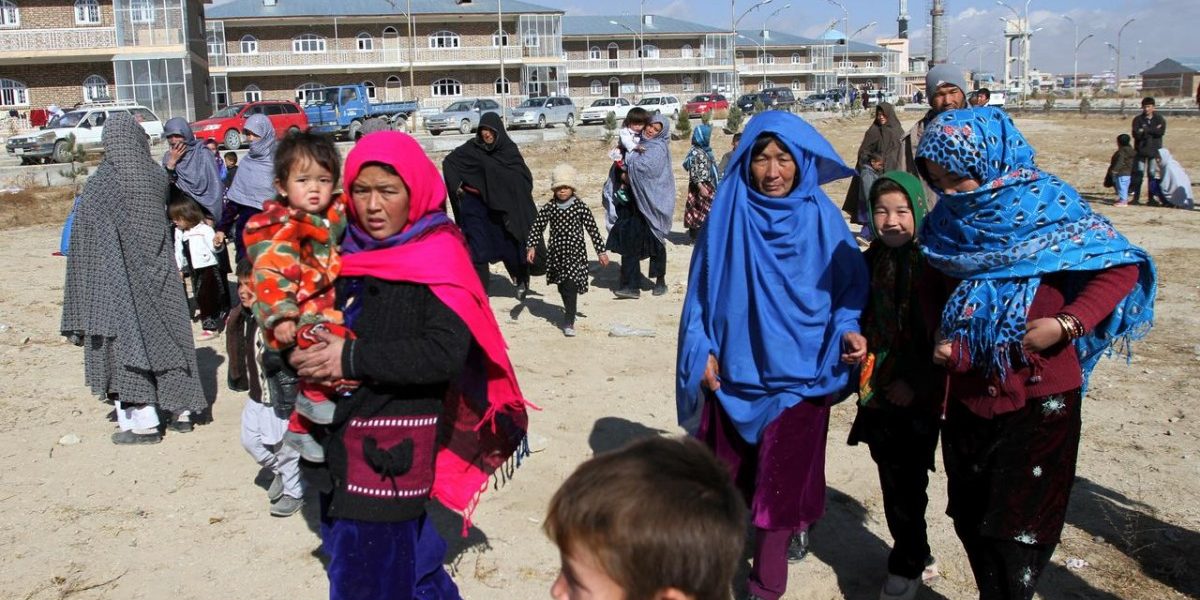 Afghan families fleeing from the districts of Malistan and Jaghori, because of the conflict between Taliban and Afghan forces, arrive in Ghazni, Afghanistan November 14, 2018. Photo: Reuters/Mustafa Andaleb

On May 12, a terrorist attack targeted a maternity clinic run by Doctors Without Borders (MSF) in West Kabul, killing dozens of mothers and newborn children. The heinous attack brought Afghanistan’s lack of empathy for victims and the aggrieved Hazara ethnic group back to the limelight.

Despite decades of wars, the people of Afghanistan have a hard time empathising with victims. Afghans fail to acknowledge one another’s’ plight. This may partially be because they all feel victimised and affected by the prolonged war and see no community worthy of special understanding, but is largely and more importantly because of the lack of political will in the government.

Collective guilt is a fact for psychologists, wrote psychoanalyst Carl Jung in 1945, and the German people felt a pang of collective guilt (Kollektivschuld) for the atrocities against Jews during the Second World War. In countries with violent histories such as Germany and Rwanda, the state had taken specific measures to make sure communal strife and ethnic cleansing do not occur again. After the Second World War, Germans recognised the holocaust and worked hard not to repeat it. They actively tried to eradicate the far-right ideology. More recently, officials banned pro-Palestinian protests in Germany. This is indicative of the collective guilt the Europeans, in particular Germans, feel for their historic anti-Semitism and how they continue to seek atonement.

However, a similar feeling of historic guilt is absent in Afghanistan. Afghans cannot feel any guilt for the massacres, ethnic cleansing and violence perpetrated on the Hazaras, which is not only historical but continues unabated.

In the 1890s, Abdur Rahman Khan massacred and displaced more than half of the Hazara population, but so far none of the successive governments have even acknowledged this. Governments even went a step further, trying to erase this human tragedy from history. No school textbooks talk about the Hazara genocide, and the young in Afghanistan barely have any knowledge of the genocide.

This process of white-washing history continued even post 2001. Hamid Karzai’s government decided not to include the jihad of the 1980s against the Soviet invasion and the civil wars of the 1990s in school textbooks, leaving the history of two violent decades unwritten, to supposedly prevent future ethnic rifts. On February 11, 1993, the Afshar massacre took place in Kabul by the Mujahidin-run government, which annihilated more than 1,000 thousand Hazara (Hazara sources cite up to 3,000 deaths) civilians in Kabul, in less than 48 hours. Three years later, in 1996 the Taliban massacred between 2,000 to 5,000 Hazara civilians (Hazara sources cite up to 10,000 deaths) in the northern city of Mazar Sharif, followed by two other smaller-scale massacres in the Bamiyan province. All these ethnically charged massacres remain unacknowledged in the country’s history. 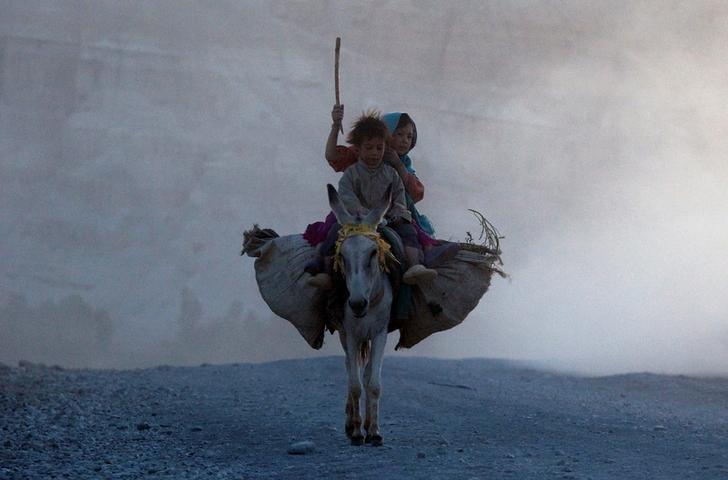 Ethnic Afghan Hazara children return home on a donkey to their village on the outskirts of Bamiyan, located in central Afghanistan August 15, 2009. Photo: Reuters/Adrees Latif/File Photo

In 2010, the Afghan parliament pardoned all those who had committed war crimes and human rights abuses. Most of those who had committed those war crimes found a place in the first parliament after 2001 first. Parliament allowed the perpetrators to obtain clemency and exonerate themselves, thereby escaping future trials. In 2012, the Karzai government forced the Afghanistan Human Rights Commission not to publish detailed reports of 30 years of war crimes. The report remained unpublished and no transitional justice measures were implemented. Furthermore, the Afghan government has indicated on several occasions that it will issue clemency for the Taliban if the group declares peace.

Due to this culture of impunity, the perpetrators feel safe and assured that they will never be held accountable. This may have contributed to the cycle of violence that keeps repeating, and the lack of remorse. Society in general, too, has a problem acknowledging the communal aspects of violence.

Since 2014, the Hazara ethnic group has come under a series of deadly attacks by ISIS and the Taliban. But the government has never acknowledged this communal aspect and has not taken any specific measures to stop the particular victimisation of the Hazaras in many of these violent attacks. The people in general, and the younger generation in particular, remain oblivious and have no sympathy towards the Hazaras.

Not only do the non-Hazara communities fail to sympathise with the Hazaras, they also fail to sympathise with each other. That could be also true to some extent about the Hazara ethnic group’s capability of empathising with other ethnic groups. Further exacerbating this problem is the absence of a discussion on communal violence in school textbooks. To initiate an informed discussion on the violent past, the government could officially recognise the Hazara ethnic cleansing and insert this violence into school textbooks.

Afghanistan’s empathy crisis is at its peak at a time when the US pushes the Afghan government and the Taliban to negotiate an end to the prolonged war. Peace in Afghanistan would need a bottom-up approach as much as it needs a top-down negotiated settlement with the Taliban. A permanent peace settlement requires a population capable of empathising with aggrieved communities and the ability to show remorse for having committed violence in the past. The empathy crisis is likely to undermine peace efforts.