The Afghan polity is highly divided, with each side trying to ensure their political survival – but New Delhi believes that they won’t go beyond a certain bottom line in allowing Pakistani influence over the power-sharing architecture. 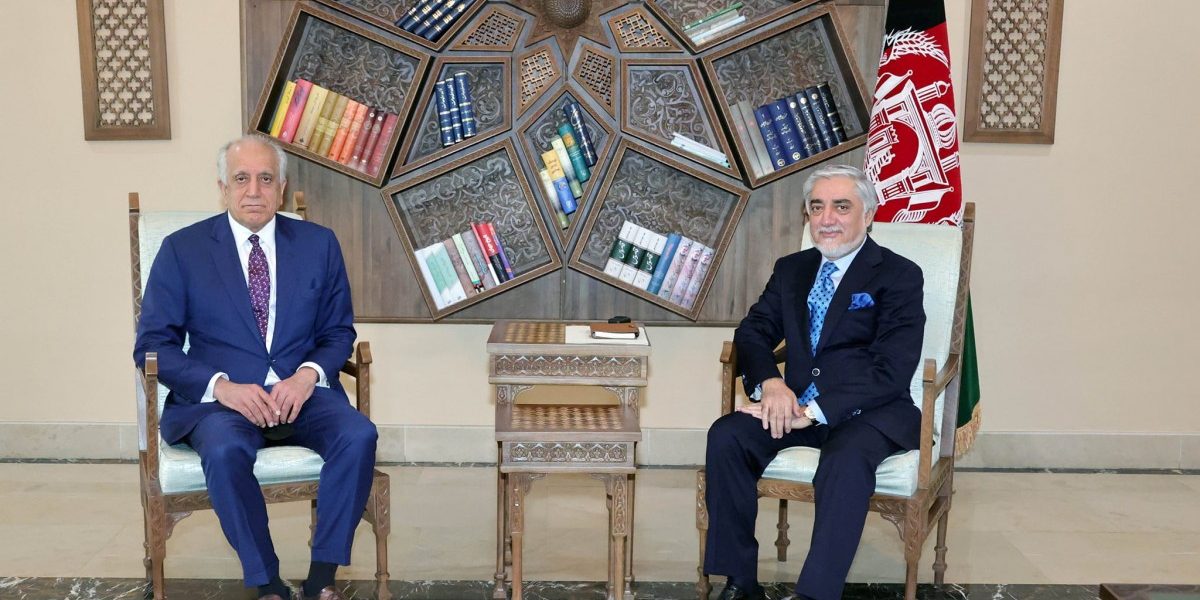 New Delhi: At the inauguration of the Afghan parliament’s calendar year on Saturday, President Ashraf Ghani told the audience of Afghan lawmakers, “The transfer of power through elections is an uncompromisable principle for us.”

This was an appropriate line to say in an elected legislature, but onlookers knew that his remarks were aimed at another faraway audience. That was Ghani’s response to a letter brought by the US’s special envoy on Afghanistan, Zalmay Khalilzad, on the steps that would herald the imminent inclusion of the Taliban in a new interim set-up.

Ghani’s reaction, however, may be just the beginning of a series of political manoeuvres triggered off by the missive.

When Khalilzad was in Kabul from March 1-4, he hand-delivered a letter from the secretary of state, Anthony Blinken. It informed the top Afghan leadership that the US was still reviewing its Afghan policy, but it also wanted to accelerate the pace of the peace process. 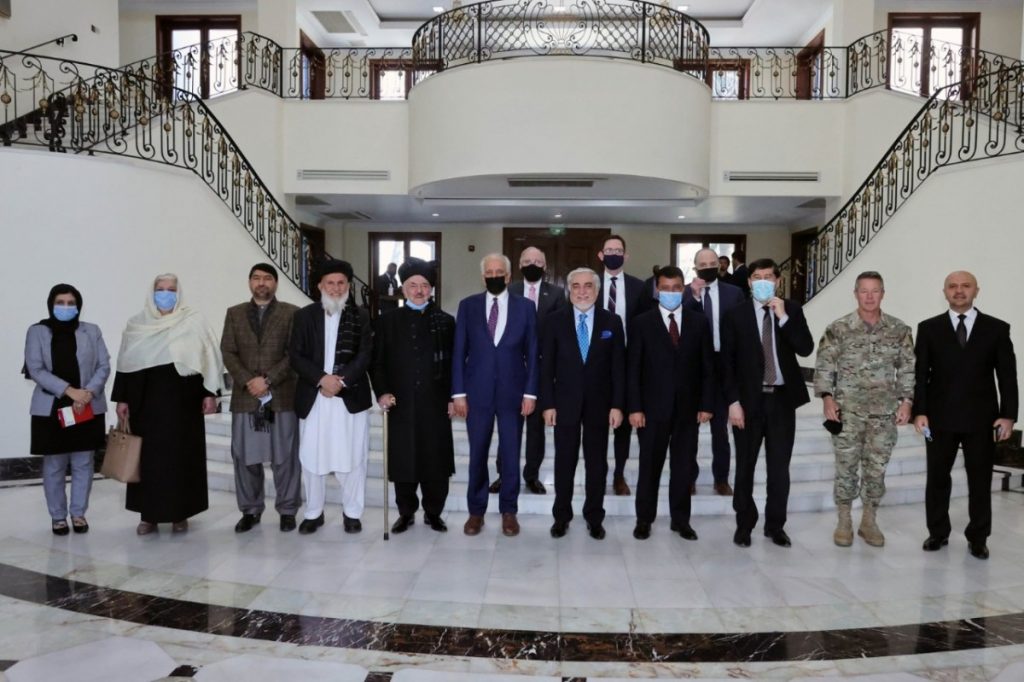 Even before the full letter was leaked on Sunday night, Kabul had been in an uproar last week over the contents of Blinken’s letter to President Ghani and chairman of the High Council for National Reconciliation, Abdullah Abdullah.

The letter called for setting up two mechanisms. First, Blinken suggested a regional conference under the United Nations’ auspices with foreign ministers of six countries – US, Russia, China, Pakistan, Iran and India – to discuss a “unified approach” on Afghanistan.

Secondly, the letter suggested a redux of the ‘Bonn conference’ with a national dialogue between the Taliban and Afghan government leaders hosted in Turkey.

Significantly, the US also sent written proposals, along with the letter, to both the Afghan government and Taliban on the outline of a “new, inclusive government”. This was the clear sign that the new Biden administration had taken ownership of a previous plan for an interim government, with a few tweaks in its architecture.

In the last two weeks of the Trump administration in January, Khalilzad had circulated a paper that had also called for an interim government. “He had then not presented it as a proposal on behalf of the US. It generated some reaction, but since it was the last days, it didn’t get much traction,” said a government official.

Two months later, Khalilzad, now representing a new administration, was back with a beefed-up proposal. It effectively sidelines the Doha intra-Afghan talks, which have not restarted for the last three months amidst a backdrop of unabated terror attacks.

After Kabul, Khalilzad went to Doha with the same recommendations to the Taliban – who have, so far, not made any public comments.

On Sunday evening, Indian external affairs minister S. Jaishankar tweeted that he had got a call from Khalilzad, in which they “discussed latest developments pertaining to peace talks”.

Received a call from US Special Representative Zalmay Khalilzad @US4AfghanPeace. Discussed latest developments pertaining to peace talks. We will remain in touch.

Sources confirmed that Khalilzad had spoken to Jaishankar about the proposals enshrined in the letter. They ruled out an immediate response, as India is still “studying” it.

However, India is only likely to publicly say that it wants peace in Afghanistan and will participate in any process ‘constructively’. Its statement is expected to be within the paradigm of its support for an ‘Afghan-centric, Afghan-led’ initiative.

Official sources also claimed that India’s inclusion in the regional conference format is a positive development.

But there is lingering unease in New Delhi.

There is a strong perception that the US is rushing to meet a deadline, yet again. The US-Taliban agreement stipulates that there should be no US troops left on Afghan soil by May 1.

In the letter, Blinken said that the US was considering “full withdrawal of our forces by May 1st, as we consider other options”.

While the US has said publicly that the Taliban has not met all its commitments, Washington also doesn’t want to give the insurgent group any excuse to get out of the agreement and go into a full-fledged military campaign. If the national dialogue gets underway in Turkey as planned, it will be easier for the US to tell the Taliban that the deadline may need to be stretched or modified as the discussions had begun, sources posited.

India would be part of the regional conference, but the UN-led forum’s role and its relationship with the intra-Afghan dialogue have not been spelt out.

In the 2001 Bonn conference, regional players had been part of the actual negotiations in the same venue. They played a crucial role in shaping the outcome that finally led Hamid Karzai being chosen as the Afghan leader. With two separate tracks, the US will have the added advantage that Russian and Iranian influence will not distract Afghan leaders from the plan. 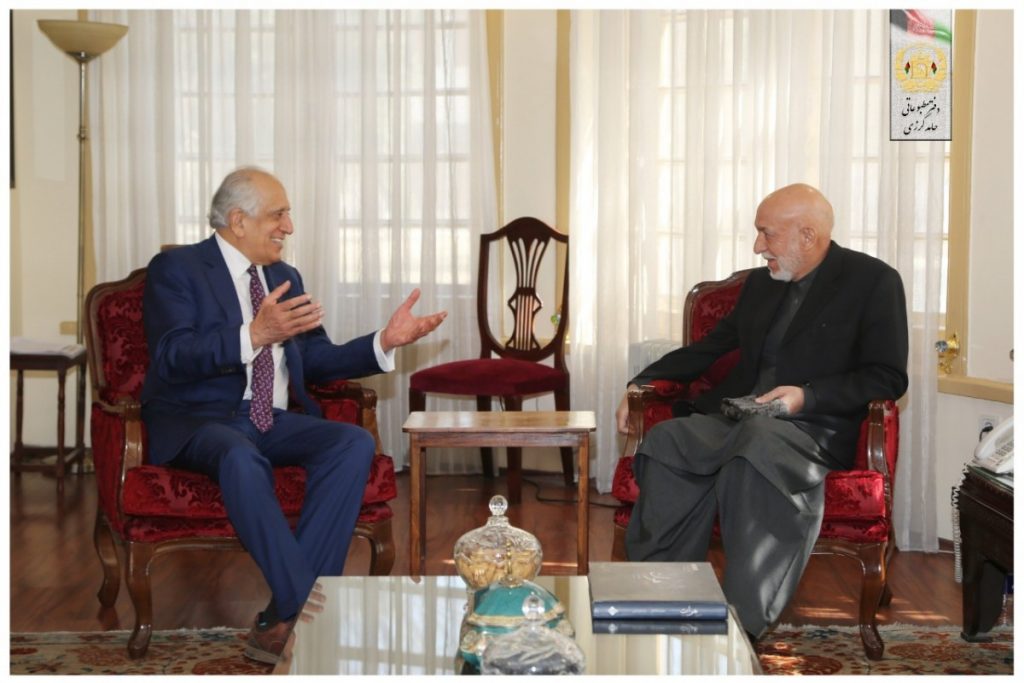 Indian officials, as usual, are “watching the developments closely”. But, among all the regional states, India has been the only nation that has never been comfortable with the peace process advocated by the US, as New Delhi believes that it is predicated on the notion of providing “comfort to the Pakistanis”.

In 2019, US officials had also toyed with the formation of an interim government after formal talks began with the Taliban. India had pushed back that the presidential elections should be held as scheduled when the possibility was raised that the polls would be a hindrance.

However, India will not be a roadblock to the US proposals – mainly as it does not have the leverage to do so, and New Delhi can instead work with Washington in other areas.

Instead, Indian officials still think that the best option is to engage with Afghan leaders who will take part in the negotiations so that India’s interests are not damaged.

The Afghan polity is highly divided, with each side trying to ensure their political survival – but New Delhi believes that they won’t go beyond a certain bottom line in allowing Pakistani influence over the power-sharing architecture.

“Their goal and our goal are pretty much the same. They cannot tolerate the idea of an Afghanistan strategically subservient to Pakistan,” explained an Indian official.

According to diplomatic sources, there is not much difference in the institutional architecture in the paper circulated by Khalilzad in January and the formal proposal made last week. However, it is learnt that some key words may have been changed, with an emphasis on ‘equity’ in the allocation of jobs in the new government.

President Ghani and his close associates have seemingly rejected the latest US proposal – not surprisingly, as it directly impacts their political continuation. But, with the US determined to plough through into an interim government, Ghani’s public stance could be more of a bargaining point.

Besides Ghani and his circle, the response from the rest of the Afghan political establishment has been more positive. This is mostly to do with the intense polarisation in the Afghan political landscape, where politicians could embrace the US proposals just to see Ghani leave.

Blinken’s letter also calls on Ghani to “broaden this consultative group of four”, referring to the Afghan president, Abdullah Abdullah, former President Karzai and Pashtun leader Abdul Rasul Sayyaf. “The US has been worried for some time that Afghan politics is so divided that the Afghan government may not be effective in representing views in talks with Taliban,” said an official.