Afghan Working Women Targets of Violence for Working Outside the Home

Attacks by IS and the Taliban on ministry and aid-group offices along with violence from conservative family members have forced working women to rethink employment and childcare. 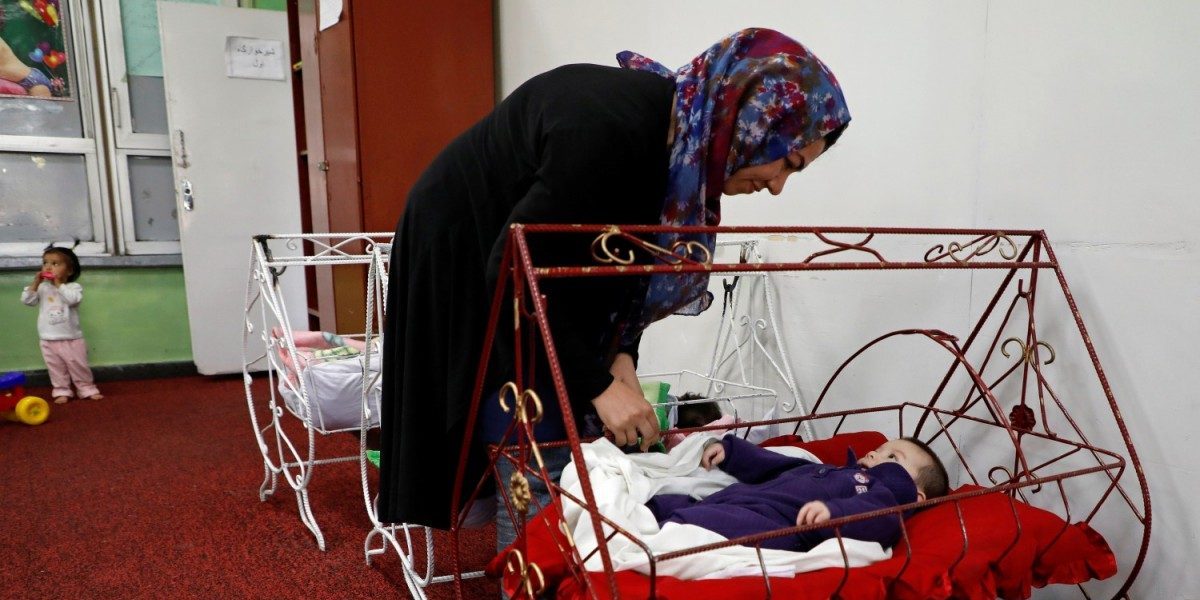 An Afghan employee looks after children at a day care center at the Ministry of Communications and Information Technology (MCIT) in Kabul, Afghanistan May 8, 2019. Credit: Reuters/Omar Sobhani.

Kabul: Minutes before Mena Mangal, a prominent Afghan journalist and parliamentary adviser, was shot dead by two men in Kabul, she had left her parent’s home after reminding them to pay the neighborhood shopkeeper 15 Afghanis (20 cents).

“Mena never forgot her duty towards our home and work. After years of struggle she had achieved success and happiness,” said Anisa Mangal, Mena’s mother, told Reuters, as she sat surrounded by her husband, four daughters, a son, grandchildren at her two-story home in eastern Kabul.. “She did the right things … worked very hard to become a professional woman.”

No-one has been arrested over the broad daylight killing, but police officials said Mangal’s family had filed a case against four men, including her ex-husband. “These four people are on the run but the police are trying to arrest them,” said Kabul police spokesman Firdaws Faramarz.

Mangal’s mother believes it was her dedication to home and career that got her killed. She accuses her daughter’s ex-husband of involvement in the murder because Mangal would not give up her job and continued to appear on television.

The brazen attack on Mangal has drawn widespread condemnation — including from US officials and Canadian Prime Minister Justin Trudeau — and highlighted what activists say is the continuing plight of Afghan women, who still suffer high levels of sexual and domestic violence and discrimination.

Educated Afghan women, the torchbearer’s of a drive to improve women’s rights since the overthrow of the Taliban in 2001, say they still face hostility, be it from conservative family members or hard-line Islamist groups, for pursuing professional and financial independence.

Earlier this month, for example, the Taliban, launched a deadly attack on the head office of US-funded aid group Counterpart International in Kabul, citing the “intermixing” of women and men working at the site and its promotion of “western activities”.

At least nine people were killed and 20 were wounded in a siege that lasted for more than seven hours.

“The Taliban want to kill women who work with men. If I die, there will be no one to feed my parents and siblings,” said an Afghan woman who has worked at Counterpart for more than three years, speaking on condition of anonymity.

“If I sit at home will the Taliban come to pay the bills?”

Taliban spokesman Zabihullah Mujahid said its fighters targeted Counterpart because it was funded by US aid agencies.

Women could study and work, he said, but the intermingling of the genders ought to be kept in check in Afghanistan. 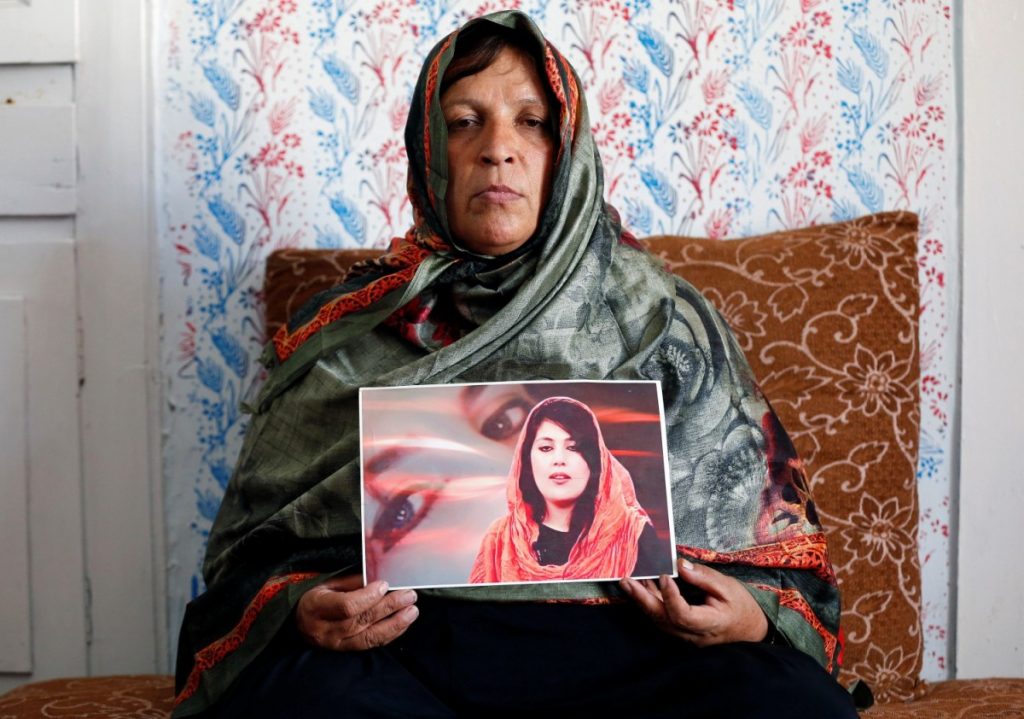 Anisa Mangal holds a photo of her daughter Mena Mangal, an Afghan journalist and parliamentary adviser, who was recently killed in Kabul, Afghanistan May 14, 2019. Credit: Reuters/Mohammad Ismail.

Though many hardships remain, access to public life has improved for Afghan women since US-backed forces ousted the Taliban, especially in cities such as Kabul, where tens of thousands now work outside the home.

But for many, concerns about the hazards of going out to a job extend beyond their own safety.

Until April, thousands of Afghan women now working for the government were happy to bring their children to the office. The daycare center attached to every government building provided reassurance their children were close by and safe.

The centers were originally established in 1945 to encourage women into the workforce, but closed under the Taliban, who ruled from 1996 to 2001 and did not allow women to go to school or work, nor walk on the street without being accompanied by a male relative and wearing the burqa.

Now reopened, the government runs more than 370 creches where around 17,000 children aged from 3 months to 5 years are provided with milk, food, cots, toys and education at subsidized rates.

“Having a daycare center next to my office is a blessing, I feed my child after every two hours and get back to work without any stress,” said Sadia Seddiqi, an HR official at a government ministry.

But this sense of security changed in April, after a suicide bomber and gunmen belonging to the Islamic State group attacked the Afghan communications ministry in central Kabul.

About a dozen people were killed during the attack. Police evacuated about 100 children along with 2,800 employees from the complex.

Harrowing TV pictures of children, teachers, and mothers screaming for hours after every gunshot inside the ministry building has forced hundreds of mothers to re-think their childcare.

Meena Ahmadi, who works at the communications ministry, said several of her colleagues do not bring their kids to daycare after the attack and some of them had chosen to resign.

“I am afraid of coming to the office,” she said. “I get upset when I remember my colleagues who were killed. The attack has impacted my child too.”