Wearing his original hat, Abdulla Shahid criticised the Maldivian opposition for politicising any steps taken by India in the archipelago nation. New Delhi: After being elected with an overwhelming mandate, the new president-elect of the United Nations General Assembly (UNGA), Abdulla Shahid, has several heavy-duty items on his to-do list – from the revival of the UN’s main body to equitable distribution of COVID-19 vaccines.

Earlier this week, the Maldivian foreign minister polled 143 votes to become the president of the 76th session of the UNGA. He will be leading the UN’s main body for the next year, as the world and the multilateral body hope to slowly recover from the COVID-19 pandemic. His one-year term will begin on September 14.

While the Security Council has the power to issue binding resolutions, the UNGA has more of a “moral authority” as it speaks on behalf of the entire membership, rather than being the mouthpiece of the permanent powers.

In a phone interview to The Wire, Shahid explained his vision for the UNGA and underlined the need for greater coordination with other organs like the United Nations Security Council. He also stated that he would be consulting with UN member states to draw up “concrete proposals” for addressing the urgent issue of unequal distribution of coronavirus vaccines.

With New Delhi sharing a close relationship with the Ibrahim Solih administration, India had been an early supporter of Shahid’s candidature. Afghanistan’s Zalmai Rassoul threw in his hat in the ring a couple of months later. However, Shahid’s longer campaign and the fact that a Maldivian has never been president of the General Assembly (PGA) propelled him to an overwhelming victory on June 7.

India had a testy relationship with the incumbent PGA, Turkey’s Volkan Bozkir, whose remarks on Kashmir during a visit to Pakistan raised hackles in New Delhi. So it will undoubtedly make a difference for New Delhi to have a friendlier face at the helm of the UNGA. After his victory, Shahid also announced that India’s deputy permanent representative to the UN, K. Nagaraj Naidu, will be his chief of staff.

One of the roles of the PGA is to facilitate intergovernmental negotiations for reforming the Security Council, which is an important priority for India. However, Shahid cautions that his part is limited, as the majority of the member states lead the direction and pace.

During his term, he will also continue to serve as the Maldives’ foreign minister. Wearing his original hat, Shahid criticised the Maldivian opposition for politicising any steps taken by India in the archipelago nation.

Recently, India proposed the opening of a consulate on the island of Addu. This led to immediate outrage from the opposition. So far, President Solih has said that it was still being considered. Shahid asserted that the opposition’s “destructive politics” will not be allowed to impact relations with other countries.

Here are excerpts from the interview, edited for clarity.

While the UNGA is the main body of the UN, it has always been under the shadow of the UNSC. Do you think that the UN charter and rules give scope for the UNGA to take a more frontline role?

The UN charter is very clear that the Security Council is responsible for maintaining international peace and security. However, in 1950, a resolution was passed that allowed the General Assembly to override the Security Council and immediately take up a matter. It has been convened 11 times in UN history.

How do you foresee the relationship between the UNGA and UNSC?

The president of the General Assembly meets for monthly consultations with presidents of ECOSOC [United Nations Economic and Social Council] and the Security Council. That is an ongoing process, and I intend to report on the consultations to the membership. I think greater coordination within the principal organs of the United Nations is of utmost importance for the smooth functioning of the organisation. 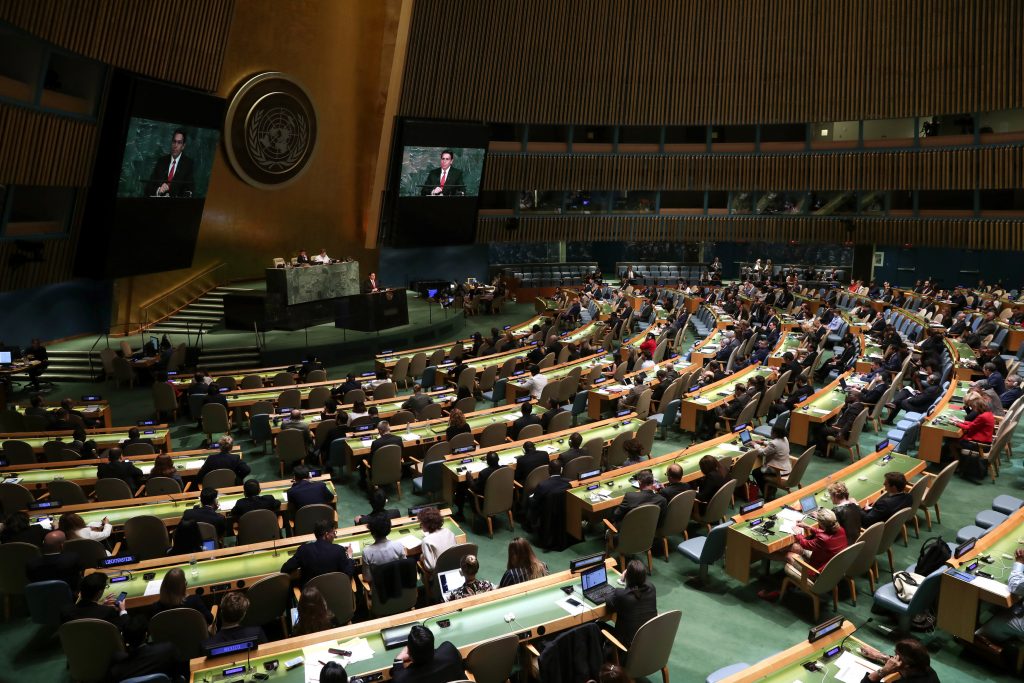 In your vision statement, you mentioned that UNGA needs to be revitalised – but at the same time, you observed that it already had a substantial agenda. What steps do you plan to suggest to increase the UNGA’s visibility and bring transparency to the process?

As I said, I am waiting for this report that the secretary-general will submit, and the discussions will be carried forward based on this report by the members.

When it comes to reforming the UNSC, the UNGA does have a substantial role, as the PGA can give some direction to inter-governmental negotiations. Would you be looking at starting text-based negotiations for UNSC reforms during your tenure? What other changes would you like to bring to this process?

On the security council reform issue, the role of the PGA is to appoint facilitators, which I will be appointing. But the way forward, the manner in which they move, is dependent on the membership. It is not the PGA who directs on how the negotiation will move forward. The PGA will find facilitators, and once the facilitators are there, the members of the United Nations will decide on the manner in which they move forward. Basically, I can’t instruct the process as PGA.

What has been the Maldives’ national position on UNSC reforms?

The Maldives is one of the first ten countries which, way back in the 1970s, submitted to the United Nations to include an agenda item for SC reform. The Maldives has been consistently and persistently advocating for the reform process to be expedited.

Since recovering sustainably from the COVID-19 pandemic is one of your priorities, what powers as the PGA will you be able to exercise to address issues like inequity in vaccine distribution?

The current PGA and the secretary-general have initiated the ‘vaccine for all’ process. I will be taking it forward. But, I will also be meeting with the membership during the next three months and come up with concrete proposals, which will be acceptable to them, so that the United Nations could collectively come together in promoting vaccine for all.

But can the UN take any tangible steps that will be binding and alleviate the situation?

On the mandate of the UN General Assembly, the charter is very clear. The enforcement comes through the Security Council. The General Assembly has the moral authority of the entire world – 193 countries coming together.

Speaking about moral authority, your predecessors have often taken the initiative on discussing a contemporary crisis, especially with the UNSC deadlocked. For example, on Palestine and Myanmar. Do you think that that you will also do the same?

It depends on the issues. I think that it will be unfair for me to make a general statement on these issues. These are mandates and procedures clearly set in the charter of the United Nations… so that each individual issue is dealt with, case by case. I cannot and should not make a blanket statement on such issues.

You have mentioned that the PGA should have a neutral role in contentious disputes. How will that apply to long-standing disputes on the UN agenda like Palestine and Kashmir?

Because the PGA is supposed to be impartial as per the code of ethics, it is not the PGA who has to decide. It is the membership that has to decide. The PGA is like the speaker of the house. He is impartial.

Do you believe India has been pivotal in securing your landslide win in the elections?

India was one of the first countries to openly support me. I am very grateful to Prime Minister Narendra Modi and external affairs minister S. Jaishankar for the support. Especially, since two countries in South Asia were contesting against each other. So, India’s public statement obviously helped me, within the SAARC region and internationally. Many, many other countries came out later. The large mandate that the Maldives has got this time shows the international standing that the Maldives has achieved under the new government of President Solih. 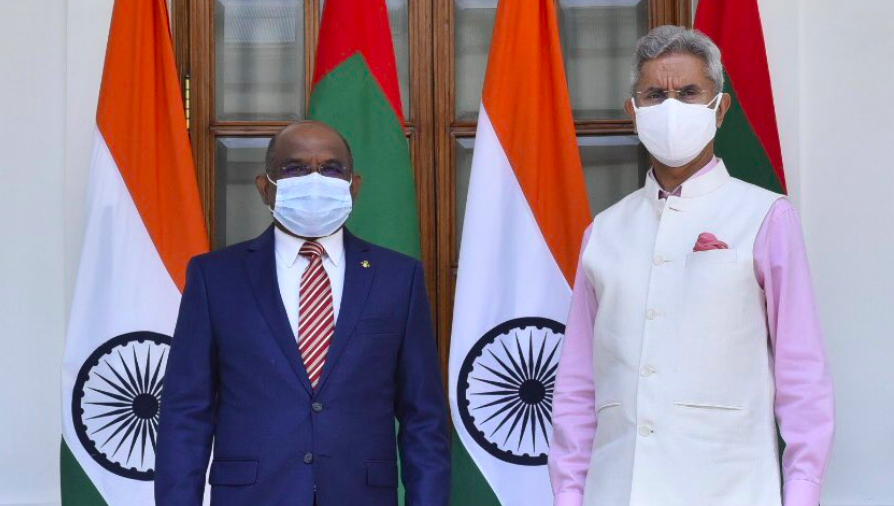 Why have India-Maldives relations become such a controversial domestic political issue?

I think the opposition is trying to play a geopolitical football game as it used to when they were in government. The opposition has no agenda. They have no foreign policy. They have no engagement with any international friendship. They don’t have what it takes to be engaged internationally. That is what we saw during their presidency. They left the commonwealth. They severed diplomatic relations with countries. They fell out with all the neighbours. Everyone. All because they were trying to play one against the other.

That is the same game that they are playing when they are in opposition as well. They should stop it and not try to play friends against each other. For the current government, we only have friends. We don’t have enemies.

We have a special relationship with India, as India has come to our assistance every time and every difficulty that the country has faced. Most recently, with the COVID-19 pandemic, within 48 hours of the Indian vaccine rollout in India, the vaccine reached Maldivian shores.

Do you think that the Maldives government’s decision making on the Indian consulate proposal will be impacted by these political considerations?

I think when you bring it down to that very narrow level of decision making, that does not fit the relationship that we have with India. We will not let anybody play destructive politics when it comes to relationship with either India or any other country. We will engage with all countries.