A Day After Gurudwara Terror Attack, Blast Near Cremation Site in Kabul

External affairs minister S. Jaishankar has said that he is “deeply concerned”. 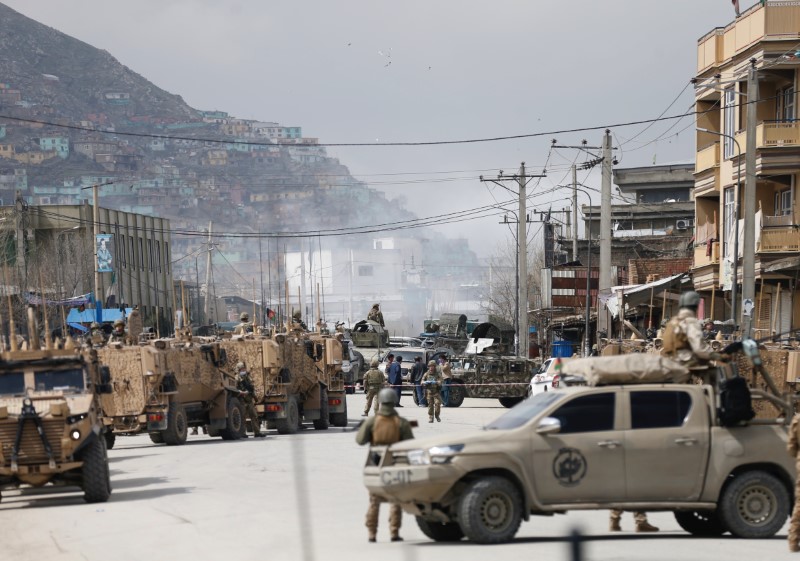 New Delhi: A day after 25 persons were killed in a terror attack on a gurudwara in Kabul, a blast near the crematorium where the last rites of the victims were being held led the Indian government to express concern about the safety of the families.

On Wednesday morning, four terrorists burst into Gurudwara Guru Har Rai in Kabul and indiscriminately killed men, women and children at the complex. It took Afghan security forces six hours to kill the four men. In total, 25 persons died and eight were injured.

While the Islamic State took responsibility for the attack, but as per some media reports, the Afghan government is pointing the finger at Haqqani Network.

Even after a day after the tragedy, the tiny minority in Afghanistan was apparently again a target. As per Afghan media, there was a blast in a house near the Sikh crematorium. One girl was reportedly injured in the blast.

#AFG Explosives possible an IED places inside a house exploded in Kabul’s Qalacha area , not very far from where funerals for victims of Sikh Temple planned. No casualties of fatalities, multiple security sources tells me.

External affairs minister S. Jaishankar tweeted that he was “deeply concerned” at the instance of the blasts near the cremation site. “Our embassy has been in touch with Kabul security authorities. Have asked them to ensure adequate security onsite as well as safe return of families to their homes thereafter,” he posted.

Deeply concerned at the blasts reported near the cremation site of those killed during the attack on Gurudwara Sahib in #Kabul.

Earlier, Jaishankar had said the Indian embassy was working to bring back the mortal remains of Indian national, Tian Singh, killed in the attack.

“Medical opinion is against moving the injured at this stage. The embassy is working on the return of mortal remains of Tian Singh. Will keep you updated,” he tweeted.

Understandable grief and anger at the cowardly terrorist attack on Gurudwara in #Kabul. Our Embassy @IndianEmbKabul is in continuous touch with the families of those killed and injured.

Tian Singh’s family, wife and son, had appealed to the prime minister to facilitate the return of his body to India to perform his last rites.

Meanwhile, India’s ambassador to Afghanistan Vinay Kumar had visited the gurudwara on Thursday and met with next of kin, who have been left devastated in the attack.

“Amb @vkumar1969 visited the gurudwara and met community leaders, elders and families of the victims of terrorist attack. He shared their grief and offered condolences. He was told that the injured are receiving satisfactory treatment,” the Indian embassy in Afghanistan said in a tweet.

India, US, Afghanistan and Pakistan have already condemned the attack in the strongest terms.