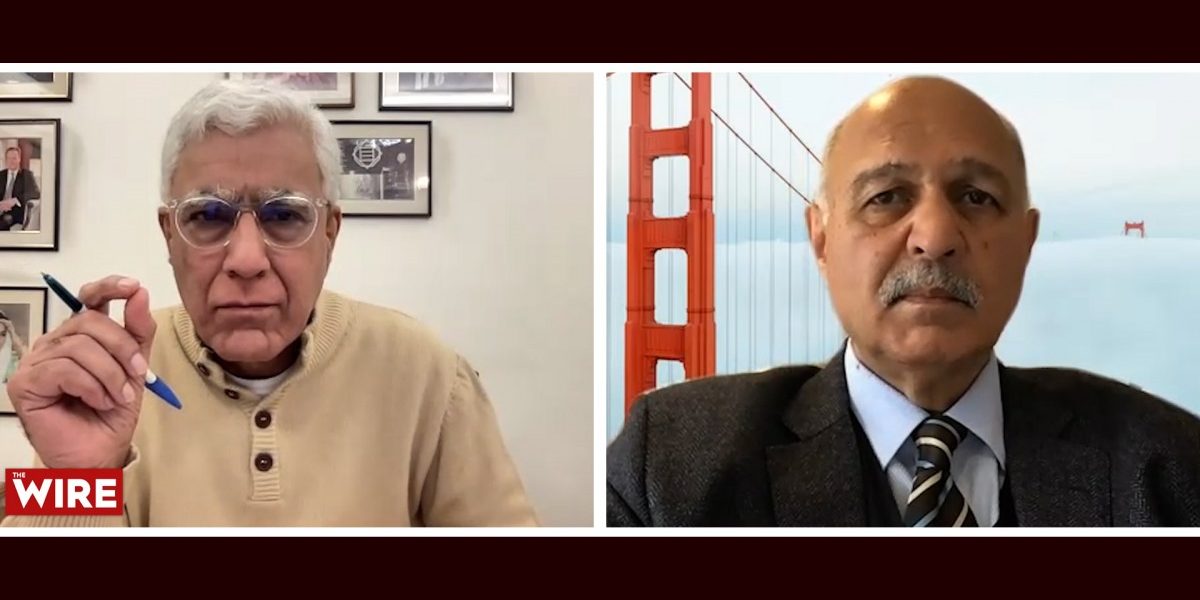 The chairman of the Pakistan National Assembly’s Defence Committee, a former minister of information and broadcasting and a former minister of communications, has said Prime Minister Shehbaz Sharif’s offer of “serious and sincere talks to resolve burning issues like Kashmir” is serious and reflects a nationwide feeling in Pakistan that there is a need for a change in the relationship between India and Pakistan. Senator Mushahid Hussain says this is why the Pakistani prime minister has “taken the initiative”.

However, asked what Sharif meant when in his interview to Al Arabiya he said “we have learnt our lesson”, Hussain said this was “poor choice of words” and re-interpreted his prime minister to be speaking not just about Pakistan but the sub-continent as a whole. As the senator (mistakenly but humorously) put it, his prime minister was using “the royal we”.

In an to The Wire, Hussain was asked whether a series of tweets issued by the Pakistan Prime Minister’s Office, after the interview was broadcast, asserting that the reversal of the revocation of Article 370 is a necessary condition for talks (“without India’s revocation of this step, negotiations are not possible”) effectively negated the earlier offer of talks because this condition would be unacceptable to the Modi government. Hussain first maintained that “wrongs can be corrected” adding that the revocation of Article 370 had “upset the regional applecart”.

However, when it was pointed out to Hussain that the reversal of the revocation of Article 370 would be impossible, because not only is the Modi government proud of the revocation but would be embarrassed to reverse it, but the government has repeatedly said that restoration of statehood will happen and it could be as soon as elections are held, possibly later this year, Hussain gave an answer which deliberately avoided saying restoration of statehood would not be sufficient for negotiations to start.

Hussain spoke at length about how, as he put it, “Kashmir is the biggest impediment to India’s rise”. Elaborating on this point, he said: “Kashmir is blocking India’s natural rise as an Asian country.” He argued that this is why Modi and his government should respond to Sharif’s offer of talks and remove the obstacle of Kashmir. As Hussain put it, once the Kashmir issue is resolved India could easily be a permanent member of the United Nations Security Council and a full member of Nuclear Suppliers Group.

Hussain clarified why in his Al Arabiya interview, Sharif had called upon Sheikh Mohammed bin Zayed Al Nahyan of the UAE to play a role bringing India-Pakistan “to the talking table”. He said the idea was to seek facilitation, not mediation. He made a point of clarifying that Pakistan was not looking for a role similar to that of the Abrahamic Accords. Instead, Hussain said Pakistan was hoping UAE could play a role similar to what it played in 2021, when the UAE facilitated the renewal of the 2003 ceasefire between India and Pakistan. This is something the UAE’s Ambassador in the US confirmed at the time.

Because the UAE is close to both India and Pakistan, Hussain said it can be “an honest broker”.

Finally, Hussain drew a distinction between Gen. Bajwa’s attitude to India and that of the new Army Chief, Gen. Munir. He said Gen. Bajwa was keen to improve trade relations without any corresponding movement in terms of Kashmir. Gen. Munir would link the two.

Hussain also clarified that reports by Pakistani journalists, Javed Chaudhry and Hamid Mir, apparently based upon a conversation with Gen. Bajwa (presumably after his retirement), that India and Pakistan had discussed on the back channel the idea of “freezing the Kashmir issue” for 20 years was not and could never be the official policy of any party or government in Pakistan. This could be Gen. Bajwa’s personal opinion after retirement. No serving Army Chief can hold this view, the senator said.