Why Do We Make Such a Big Deal About Successful NRIs?

If a dozen of the top CEOs in the world come from a country with 18% of the world's population, why would I be surprised? 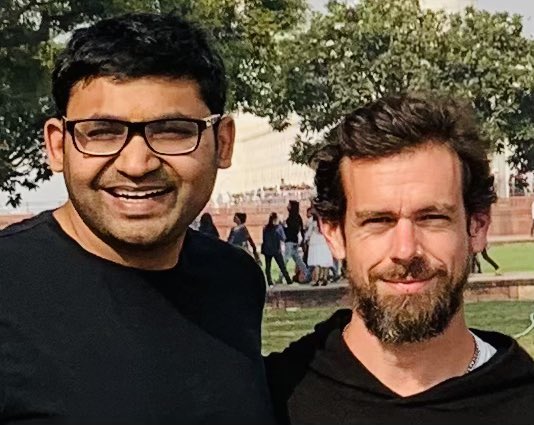 An Indian recently became CEO of Twitter. I forget his name. Hold on, let me Google… Yes, Parag Agarwal. I’m not saying this for effect. I actually didn’t remember, and had to Google. Because it isn’t very important to me. Yes, that’s right. And you can read on to know why.

Agarwal is an IITian, apparently. Of course.

Consequently, there’s plenty of self-congratulation going around among Indians and foreign citizens of Indian origin. Look at us, they say. We are smart. Agarwal has demonstrated it again, just like Pichai, Nadella, Krishna, Nooyi, Narayen and other Indians who have made it to the top of world-famous American companies did.

But seriously, why are you surprised at this at all? You may ask me in turn, why aren’t you amazed and delighted?

Well, I am not, because I believe that intelligence is not endemic to any race or country. I believe that it is spread uniformly among all the people in the world, regardless of race, community, caste, religion, language and ethnicity.

And so, if a dozen of the top CEOs in the world come from a country with 18% of the world’s population, why would I be surprised? In fact, on a proportional basis, I would expect that 90 of the CEOs of the Fortune 500 should be Indians, based on our share of world population. I am fairly sure that is nowhere near the case. (I would actually exclude Indian companies like Reliance when I do the counting, because I am talking about American companies and NRIs, because India’s smartest go to the US – but even if I included all the Indian Fortune 500 companies, I doubt we would get to 90.)

Also read: Indian-Americans Supporting the CAA Are Forgetting How They Got Their Own Rights

That this is not so is even more surprising, given that the smartest people in India leave India at the first chance to go to that “land of opportunity”, the US. (As do a lot of mediocre people.) For many of the best of the best in India, an intermediate stop on the journey to the US is one of the Indian Institutes of Technology (IITs), which are the premier technological institutes in India, and which use a gruelling admission test, called the Joint Entrance Examination, to decide who is to be admitted. The test has an admission percentage of 1-2%.

For the majority of IITians, the entire goal of going to the IITs is to leave India and go abroad. When I was a student there, 30 years ago, more than two-thirds of my graduating BTech class went to the US, myself included. (I was one of the few who returned.)

IITians are not the only smart Indians to go to the US. When I went there in 1990, my roommate was a very smart guy from Davangere College of Engineering in Karnataka – he was the gold medalist there. Many of these people grew up in small towns and did not find out about the IIT exam until much later – too late to enter the IITs. Satya Nadella went to Manipal Institute of Technology before going to the US to get an MS and an MBA. As I said, intelligence is quite uniformly scattered in the population.

And then there are the non-engineering folks. Many of them study at the other premier colleges in India, such as the IIMs, St. Stephen’s, JNU, Presidency, etc., before they find their way to the promised land.
So, in fact, many of the smartest people in India go to the US. This “brain-drain” has been going on for the last 50 years, and has been the subject of much debate in India – people ask, and quite legitimately, why India should educate Indians at subsidised rates only to see them serve the US. Given this fact, I would think that Indians should actually be over-represented in the list of CEOs of Fortune 500 companies. And so, the current list leaves me rather un-enthused and makes me wonder: is this all the vaunted accumulated brain power of India could do in 50 years – become CEOs in just a handful of Fortune 500 companies?

Also read: The Discontents of a Nobel Prize

So forgive me if I don’t join the celebrations.

But you know who should really be proud? The Chinese. Because Chinese people did not need to go to the US to rise to the top. They were able to create success stories for themselves sitting in China. And unlike Indians, who are merely CEOs of companies founded by Americans, like Google, Microsoft and Twitter, the Chinese entrepreneurs founded world beating companies in China – Alibaba, Tencent, Didi, Xiaomi, Great Wall Motors, Huawei, ZTE, Foxconn and many others.

When Indians do that, I’ll join the party.

Seshadri Kumar is an R&D Chemical Engineer with a BTech from IIT Bombay and an MS and a PhD from the University of Utah, US.