The case and its victims are a reminder of the ways patriarchy is alive and well, and always sharpening its blades for the next execution. 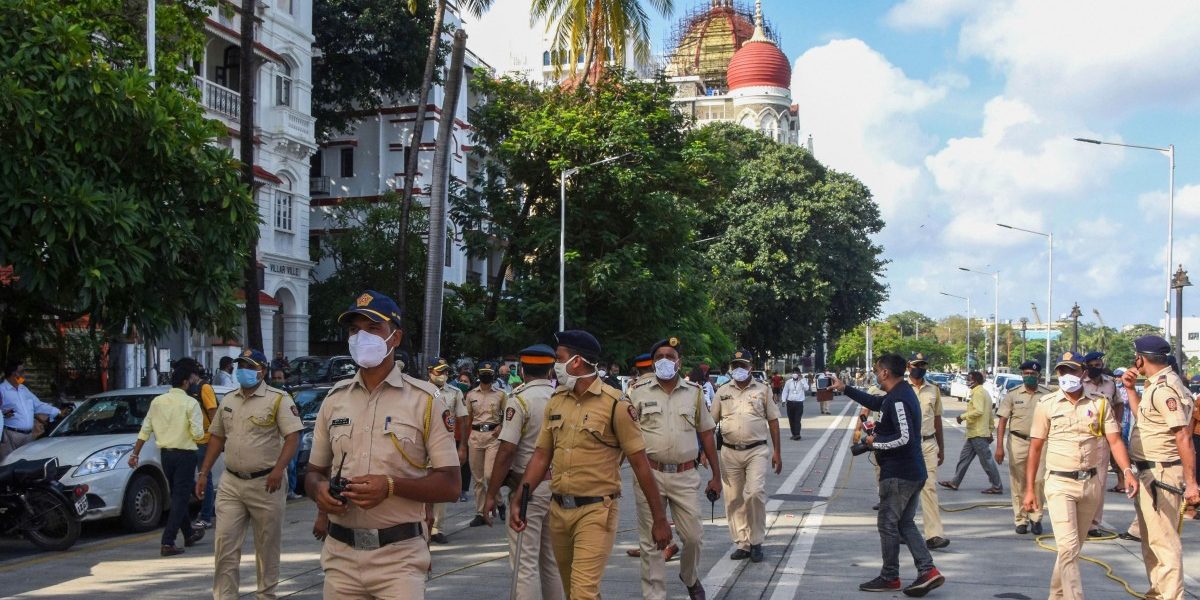 In a recent television interview, journalist P. Sainath rued the fact that the death by suicide of scores of farmers, driven to desperation by poverty and state failure, had failed to garner a fraction of the attention that Sushant Singh Rajput’s untimely death had received. A study of media engagement with the ‘SSR’ story found that the audience has consistently rewarded media houses and journalists alike for tweeting about the case and its aftermath. The nation, it seems, wants to know.

Or at least enough of it wants to know – or has been ‘programmed’ to want to know – to make it worth the while of TV channels relentlessly hammering away. For those confused, embarrassed, or enraged at the persistence of the story, the media is whipping up a red herring. Politicians are out to distract us with a murder mystery from what is now unarguably our biggest crisis in decades. There is little doubt now that the conspiracy is now illusory truth – it has been repeated sufficiently, with enough sources, detail, and flashing headlines that even those who once scoffed at it are convinced they have a favourite suspect. The question here is not what fraction of a sufficiently outraged minority is sufficient to claim the voice of the nation. The questions are – why is Rajput’s tragedy so captivating, and what ecosystem enables it.

First, the why. Sushant Singh Rajput was the quintessential genius outsider who makes it despite the odds. We love outsiders. Much like Ranchi boy M.S. Dhoni, who he played on screen, and of course India’s most celebrated outsider, Prime Minister Narendra Modi (who got Vivek Oberoi), Rajput represents the definitive non-elite man taking on an entrenched aristocracy. Unlike farmers, whose adversary was an ill-defined, apathetic state, these outsiders had antagonists whose vilification already had widespread purchase. A good story has a great villain. If the patterns of misinformation around COVID-19 are any indicator, we tired quickly of statistics and explanations and sought out villains – first the Chinese, then the Tablighis. Now enter the Bollywood cabal.

Second, it mattered that Rajput was a man. Several female actors have taken their own lives over the years, some explicitly calling out one or another person as responsible. Yet, almost every woman in the industry faces some form of victim blaming for the transgression of even being in the industry.

Indeed, the main casualties of the story have been women – his partner Rhea Chakraborty, slandered, hounded and jailed. Once the story devolved into allegations about drugs – the media has publicised four actors (all women) who ended up under the Narcotics Control Bureau’s scanner – Deepika Padukone, Sara Ali Khan, Shraddha Kapoor and Rakul Preet Singh. What may have made the scandalous ‘complicity’ of the women in Rajput’s tragedy more believable is that the two figures most known for their prosecutorial zeal in the scandal were also women – anchor Navika Kumar and actor Kangana Ranaut, frequently touting her own outsider status.

Third, we’ve been primed to salivate. Television sitcoms had already hooked us on to the slow burn of inconsequence with dramatic background music. We are set up for twists at the end of each show, prodding us each day to prepare for tomorrow’s epiphany. New characters are introduced with clockwork, and as with Bigg Boss, the most unwitting are nudged out. A look at a map of the dramatis personae through the case shows us that television channels have been assiduous about introducing new suspects, new angles. The headlines call out people by name, cast innuendo in the guise of investigation, dismantle reputations irreversibly as aspersions glue in alongside question marks on someone’s news site. Times Now and Republic, the two channels which most closely associated with the ‘case’, get far more social media engagement on Sushant Rajput than on other stories. The shriller of the two does way better.

Fourth, vested interests have learned to weaponise this. For a non-trivial group of faithful, the illusory truth, repeated enough, is fact. The inherent crassness of public life, when one’s primary face to the world is a Facebook profile or a WhatsApp image, is best compensated through righteous outrage. While social media as a space for venting gets a lot of our attention, its ability to make us engage with (or not challenge) dodgy content should concern us far more. The weaponisation is not in turning us all into trolls, but rather turning us into sleeper cells of ‘like’ machines.

Within the first month of Rajput’s death, BJP politicians started referring less and less to the case as suicide, and increasingly as murder. Television channels had more or less stopped talking about mental health, and moved to arrests and conspiracy. There were Rahul Gandhi jokes, and then talk about birds, specifically penguins. For those in the know, ‘penguin’ is a slur for Aditya Thackeray. There was a systematic social media campaign against the Maharashtra police, and by extension, its boss, the chief minister. The introduction of a new angle made Biharis and Purvanchalis the oppressed outsiders, and the Thackerays the nepotistic villains laying claim to a city, a state that they have no legitimacy for.

As research into online groups claiming to seek justice for Sushant Singh Rajput have shown, a heady mix of ultranationalism, casteism, distrust of Muslims, and misogyny are drivers of some of the online action that we have seen in recent months. The landscape of misinformation is enabled both by the bystander unwilling to get called an anti-national, and by those who partake in the ride. An invincible treadmill of positive reinforcement fuels you along as part of a righteous lynch mob progressing together towards the blood it smells.

We must never forget that whether we or those close to us will change how we behave to dodge the next purge is no longer a question. We have been in it for a while. The events that followed may tempt us to think that this offers a window into the ways that online culture has changed society and media in India. But the truth may be more chilling than that. While social media may have facilitated certain kinds of virality and the speed with which narratives have changed, the case and its victims are a reminder of the ways patriarchy is alive and well, and always sharpening its blades for the next execution.

Rhea Chakraborty was a prop for interviewers who knew fully well her doom had been scheduled. For the television channel, the next hourlong reiteration on COVID-19’s ongoing wrath is mostly reserved for days there is nothing else to say.

Nobody cares. We need victors, or we need villains. Until we don’t have footage of Subramaniam Swamy eating cow manure in warm milk to cure Covid, or an IPL game actually worth watching, let us turn to the gift that we know keeps giving. One man’s tragedy has helped us forget 2020 in small measures. Let us all stand for a minute in silence in his honour. Maybe on our balconies.

Joyojeet Pal (@joyopal) is an Associate Professor at the University of Michigan, where his research focuses on on social media use in by political leaders.