War Has a Name, It Has a Face

Wars are fought by those who unfortunately have no command over its announcement. 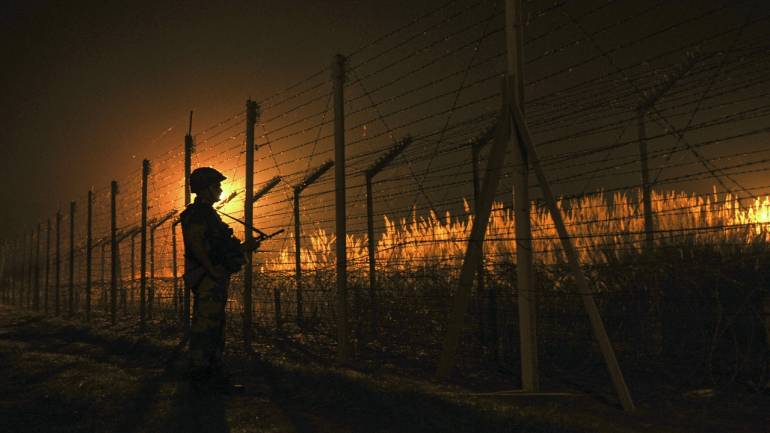 News of an Indian Air Force pilot being captured by Pakistan had been playing on TV channels through the day. Late afternoon, a video of wing commander Abhinandan Varthaman surfaced and went viral on social media. He was dignified and calm in his incarceration – something that stuck to my consciousness.

His grace kept playing in my mind as I drove back home from work. Everything around me looked normal – old people on their evening walks, children playing in neighbourhood parks, discussions at chai stalls and ruminating cows in the middle of the road.

This did not look like a country preparing for war.

Darkness slowly enveloped the city and with it came news anchors – hordes of them, loud and uncouth.  Most, if not all, wanted a full-fledged war with Pakistan. Whimpers of peace were shouted down as moral cowardice. Most of them wanted an eye-for-an-eye interaction, even as their shows went to advertisement breaks that ironically had promotions of the Swachh Bharat Abhiyan, with Gandhiji’s spectacles on display. Some even ran live shows from the lawns of India Gate, and some from Rajiv Chowk – with hotheaded mobs shoving for camera space.

The mobs called for the annihilation of Pakistan from the map – their demand endorsed by army veterans, plenty of whom were present. There were so many alpha males on TV that a river of testosterone could have easily run through the streets of Delhi that evening. War was being sold with ferocious intensity and, unfortunately, there were many willing buyers. The world’s largest democracy was ploughing the fields of war and preparing its citizenry for a spectacle of a lifetime.

Switching off the noise, I returned to my thoughts, where Varthaman still played hide-and-seek. His father, mother, wife, kid, friends – what were they feeling right now? Can we even come close to his parents’ trepidations on the fate of their brave son? Suddenly, this war had a name and a face for me. It was Abhinandan Varthaman.

But isn’t war supposed to be nameless?

Yes, as long as a war is fought in the cozy studios of TV channels, it remains nameless and faceless. The anchors baying for war as a means to revenge had clearly confused it with an India-Pakistan cricket match.

Wars are not cricket matches. Cricket matches can be won. Wars are never won. Nobody wins a war, not even the winner. The immorality of justifying a war lies in the fact that it cannot be won.

Imagine this: if we are so disturbed by one Varthaman, what will happen if we go to war with Pakistan? Even in the most likely win-win situation, we will still have hundreds – if not thousands – of names and faces haunting us. With hands across your chests, how many of you remember Maninder Singh Attri, Sanjay Kumar Sinha, or Pradeep Singh? These were three martyrs among those 40 CRPF jawans killed in Pulwama. These are names and faces which, though present in our memories, are lost in the din of numbers – three among 40.

We are unified in our thirst for revenge for those 40. However, we fail to recognise them through names or faces because, when we call for war, there are no names, no faces. How wrong is that? Rather, how cruel? Because wars do have names and faces – thousands of names and faces. Wars are about people, about their lives and, unfortunately, about their deaths.

Experiences from World War II have revealed that jingoism should never escalate to a level where war becomes inevitable. It required one man’s hateful ideology to throw the world into history’s most brutal war. Ironically, he too was supported by the media of his time. Wars are fought by those who unfortunately have no command over its announcement. Political dispensations manufacture war for their benefit and then the burden of seeing the jingoism through is laid on the soldier.

Otto Von Bismarck, the ‘iron man’ of Germany, had once said that anyone who has looked into the glazed eyes of a soldier dying on a battlefield will think hard before starting a war. His remark is the best antidote to those calling for war from their safe studios.

Bismarck had another assertion which may find relevance here: people never lie so much as after a hunt, during a war or before an election.

Shah Alam Khan is professor, orthopaedics at the All India Institute of Medical Sciences, New Delhi and author of Man with the White Beard. Views are personal.