The Gothenburg Satyagraha: How an Activist Opposed Deportation of Asylum Seekers

In a bid to prevent the deportation of a young man to Afghanistan, Elin Ersson bought a ticket and boarded a flight from Gothenburg to Istanbul. Her actions that followed can be likened to a satyagraha. 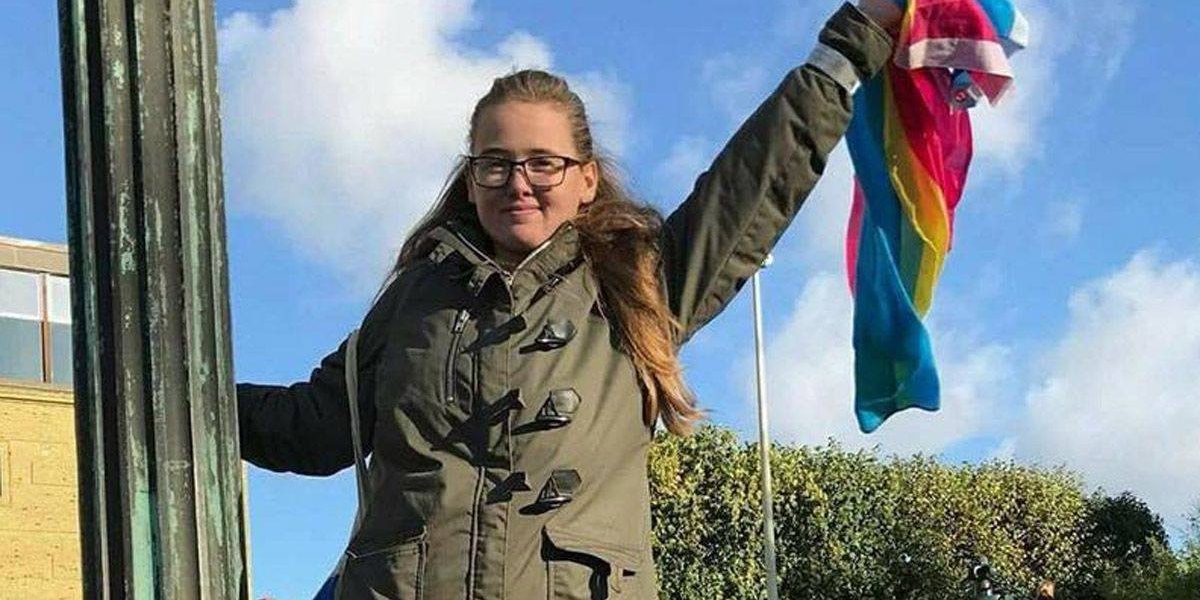 Across the globe, many societies seem to be afflicted by a common malaise. To varying degrees and for diverse reasons, Trump’s America, Brexit-affected Britain and Modi’s India share bigotry and hatred for particular people. In this atmosphere of diminishing decency in public life, a recent event in faraway Sweden is a singular affirmation of humanitarian values.

A few days ago, the story of 21-year-old Elin Ersson went viral and has probably already been forgotten in an ever-hungry global news cycle. In brief, Ersson and fellow activists are opposed to the deportation of asylum seekers who would be in grave danger back in their home countries. In a bid to prevent the deportation of young Ismail Khawari back to a war-ravaged Afghanistan that he barely knew, Ersson bought a ticket and boarded a flight from Gothenburg to Istanbul. The belief was that Khawari would be on that flight. While Khawari was not on the flight, there was another individual in a similarly precarious situation. Instead of taking her seat in preparation for take-off, Ersson remained standing thereby preventing the departure of the aircraft. She insisted that she would remain standing till the asylum seeker was taken off the plane, thereby preventing his deportation.

Available in the form of a video of about fourteen minutes, Ersson’s actions are immediately recognisable as an act of individual ‘satyagraha’. Given the enduring confusion about its meaning, in this article I will briefly delineate the distinguishing hallmarks of satyagraha as illustrated in Ersson’s act. I should also add a qualifier that this congruence does not imply that Ersson acted out of a specific commitment to Gandhian values, but the resemblance is unmistakable.

Owing to a long history of pacifism and certain forms of Christian opposition to war as non-resistance, in the Western world, many acts of non-violence are mistakenly characterised as ‘passive resistance’. But as Martin Luther King Jr. pointed out, satyagraha was “not non-resistance to evil, but non-violent resistance to evil”. Indeed, Gandhi had coined the term satyagraha to distinguish his method from that of passive resistance.

Ersson and her fellow activists had protested the Swedish government’s policy of deportation to no avail. But having publicly proclaimed her dissent, Ersson did not give up on her objective as a lost cause. Instead, unwilling to stop before exhausting all possibilities, she chose to act out her protest in the only manner available. She bought a ticket and boarded the same plane.

Much used to the consistent use of brute force to settle differences throughout history, many people labour under the mistaken belief that nonviolence is for the timid or cowardly. But, through her quiet defiance Ersson once again demonstrated that satyagraha demands immense personal courage and clarity of mind. The cool, composed and insistent manner in which Ersson proclaimed her stand is an essential trait of satyagraha that most individuals would find difficult to maintain.

It is worth recalling here that in preparation for the civil disobedience campaign of 1930, Gandhi carefully selected his fellow marchers to Dandi and put them through a year of rigorous disciplined training. This is also the case with the civil rights campaigns of the 1960s in the American south. For instance, the Student Nonviolent Coordination Committee (SNCC) provided training to those brave volunteers who participated in lunch counter sit-ins and other acts of protest against racial segregation. Many trained and conditioned their minds to remain calm in the face of provocation in the form of vile verbal abuse often followed by brutal assault. A similar aspect is recognisable in the manner in which Ersson dealt with the aggressive behaviour of a passenger with a recognisable English accent. Her composure did not abandon her even when in an act of intimidation and bullying (this man grabbed her phone). 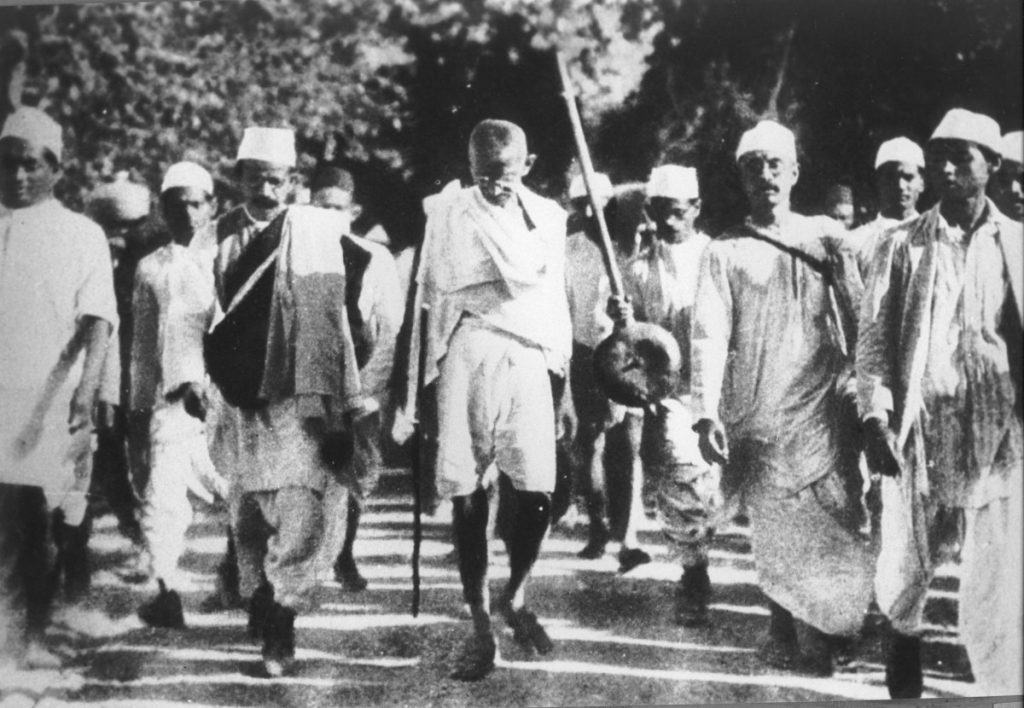 The need to remain nonviolent in words and deeds in the face of grave provocation is connected to a central concern of an act of satyagraha or civil disobedience. While each act of protest is against a specific injustice and has a unique complex story associated with it, satyagraha is not meant to merely address the government or the powerful that one is opposed to. The effectiveness of satyagraha also crucially hinges on its ability to evoke sympathy and appeal to the sense of justice in the minds of the vast majority of people. While it is but human to lose one’s composure in the face of abuse, by refusing to be provoked, one retains the sympathies of those who witness the act. Indeed, reacting to the provocation offered by the opponent is a trap as it would deflect the argument from the case being made by the satyagrahi and convert it into a story of mutually aggressive confrontation.

The need for witnesses to satyagraha has provoked much debate in the past. In the case of the Gothenburg event, it is clear that Ersson’s livestreaming of her actions was crucial to the response she evoked. While it remains in the realm of conjecture, it is not hard to believe that the response of the Swedish authorities would have been very different if the whole wide world was not witness to the event as it unfolded. To put it differently, in addition to its ability to appeal to the sense of reason and the conscience of the opponent, the efficacy of satyagraha is amplified when it evokes a sense of civic and human empathy amongst a wider community.

A most clear historical example of such a case is that of American public opinion on the question of India’s struggle for freedom. In the late 1920s, Katherine Mayo’s notorious book Mother India helped promote the British colonial view on the Indian question in the US. During the civil disobedience campaign, the British had adopted strict censorship in India and very little news of the brutal suppression of mass satyagraha trickled out. Under these circumstances, as is well known, the American journalist Webb Miller managed to send an eyewitness account of the gut-wrenching police brutality against Gandhian satyagrahis during the salt raids at Dharasana. Given wide coverage in the US newspapers, Miller’s essay played a crucial role in turning the tide of American public opinion in India’s favour.

Those opposed to specific acts of satyagraha or civil disobedience often argue that it was a violation of the law. The imputation in this accusation is that such ‘illegal’ acts of defiance would lead to chaos and anarchy in an otherwise peaceful and orderly society. In a literal sense, satyagraha or other forms of civil disobedience do constitute a refusal to obey the rules or the laws that operate under normal circumstances. But, as Gandhi insisted throughout his life, the defiance of the law as an act of conscience must be carried out in the glare of broad daylight and not by stealth or subterfuge. Gandhi also demanded that a satyagrahi should at the same time be willing to undergo the punishment meted out to them for their actions. In other words, a distinguishing trait of satyagraha is an open and public acceptance of the consequences of one’s act of conscience. Indeed, during the confrontation on the aircraft, Ersson repeatedly stressed that she would subject herself to the rules once her objective of halting the deportation was achieved.

Elin Ersson did manage to get one individual asylum seeker off the plane. She has also drawn worldwide attention to the desperate refugee crisis and the numerous lives caught in the crossfire of international geopolitics and brutal, endless war. However, satyagraha does not necessarily succeed immediately in its stated objectives. Indeed, Ismail Khawari – the man Ersson wished to protect – has already been deported to an Afghanistan that he had left as a child. It remains to be seen if this event and its attendant publicity will make the Swedish government change its policies. There will be the inevitable backlash from the establishment attempting to paint her as naive, irresponsible and worse. Therefore, the future course of events will depend on the willingness and ability of Swedish – and worldwide – public opinion to exert moral pressure on a Scandinavian state with supposedly progressive credentials.

Elin Ersson’s action aboard that Turkish aircraft was an one of moral clarity and strategic brilliance. At the time of writing, it is not clear what consequences she will personally face for acting on her deeply held beliefs. Like all moral leaders, Gandhi had argued that the purpose of one’s life was to serve others. This is a dictum that the vast majority of us fail to live by. But Elin Ersson has shown that for those who are driven by their conscience, it is possible to find a sense of purpose in life at the age of 21.