The police believe the murder is the result of a gang war and retaliation for another killing.

Jalandhar: A day after his security cover was removed by Punjab government, renowned Punjabi singer and rapper Sidhu Moose Wala (aka Shubhdeep Singh Sidhu, 29) was shot dead on Sunday evening at Jawaharke village in Punjab’s Mansa district while he was commuting with his friends in a black Mahindra Thar.

According to the police, a Canada-based gangster named Goldy Brar has claimed responsibility for the attack. “Lawrence Bishnoi gang is involved in this murder. Lucky, member of the gang has taken responsibility from Canada,” Punjab DGP V.K. Bhawra told the media.

The police believe the murder is the result of a gang war and retaliation for another killing, as the name of Moose Wala’s manager Shaganpreet had figured in the murder investigation of one Vicky Middukhera, a Youth Akali leader, last year.

According to The Tribune, Brar had said in a Facebook post that Moosewala was involved in the murders of Middukhera and Gurlala Brar, who were his friends.

The incident took place a day after Punjab Police curtailed the security of 424 VIPs, which also included Moose Wala.

The Punjab Police had on Saturday, May 28 withdrawn two of the four security personnel from Moose Wala’s security cover.

The broad day light killing of singer sent shock waves across the state, country and among Punjabi diaspora abroad.

Moose Wala was reportedly shot dead while he was commuting with two of his friends in a black Mahindra Thar jeep in Jawarke village in Mansa. The Tribune reported that gangsters based in Canada had recently asked for ransom money for many Punjabi artists.

Footage from the murder has since gone viral on social media, in which locals could be seen ferrying the singer in a car to a hospital while Punjab Police officers were seen rushing alongside.

Incidentally, the singer was killed barely a fortnight before his birthday on June 11. Hailing from Moose Wala village in Mansa, the singer added his village’s name with his surname ‘Sidhu’.

Ever since AAP came to power, there has been a spurt in incidents of shootings in broad daylight in Punjab, raising questions of the law and order in the state. Earlier in March, UK citizen and international kabbadi player Sandeep Singh from Nangal Ambian village was shot dead during a kabaddi match at a village in Jalandhar.

Moose Wala has been a sensation among the youth and his fan-following was in the millions, from Punjab to countries like the US, UK, Canada and Australia, to name a few. He was famous for his rap songs with hard-hitting, sarcastic content which asked questions of society, politicians, religious leaders, rival singers and spoke of the country’s problems.

Moose Wala had joined the Congress days before the Punjab assembly elections this year and had contested from his home town of Mansa. He, however, lost to AAP leader Vijay Singla by the considerable margin of 63,000 votes. Singla was recently sacked by Punjab chief minister Bhagwant Mann over charges of corruption after a sting operation against him.

Moose Wala’s mother, Charan Kaur, was also involved in politics and was a sarpanch in his ancestral village in Mansa. It was following his mother’s connection with the Congress that Moose Wala decided to tried his hand at politics.

Fans of the singer were seen destroying property in public outside the civil hospital in Mansa, where his body was brought after being recovered.

In Mansa outside civil hospital where singer Sidhu Moosewala was brought dead pic.twitter.com/w9FV2mwHFo

Expressing shock over the killing, Punjab chief minister Bhagwant Mann took to Twitter, saying “Nobody involved will be spared”.

I am Shocked and Deeply saddened by the gruesome murder of Siddhu Moose Wala. Nobody involved will be spared. My thoughts and prayers are with his family and his fans across the world. I appeal everyone to stay calm.

Condemning yet another broad daylight shooting in Punjab, Congress leader Sukhpal Singh Khaira tweeted that the rapper’s death was a “gross failure” on the part of the Mann government in the state.

@iSidhuMooseWala broadway light murder is gross failure of @BhagwantMann as Home Minister & his police.Its more painful & gruesome on his part to withdraw his security & flaunt on social media making him an easy target for his killers.I condemn this dastardly act & police failure

Notably, Sirsa had, on Saturday, questioned the rationale of the AAP government in publicising the list of those VIPs whose security cover had been withdrawn.

Who was Sidhu Moose Wala?

Born on June 11, 1993, Moose Wala did his electrical engineering from Guru Nanak Dev Engineering College, Ludhiana before moving to Canada.

The rapper had quickly become a sensation in the music world, especially after he moved to Canada. However, he did face some legal trouble in the course of his career, following some songs for which he was blamed for promoting gun culture and using his lyrics to target many of his opponents.

In 2020, the singer was also booked under Arms Act for firing an AK-47 rifle at a firing range with a police officer during the coronavirus lockdown.

His major breakthrough song was ‘So High’, which came out in 2017 and after which there was no looking back for his career.

One of his most popular tracks, which even made headlines, were ‘295’, a song based on Indian Penal Code (IPC) Section 295-A (deliberate and malicious acts intended to outrage religious feelings). In it, he sings: ‘Nit controversy create milugi, dharm de naam de debate, sach boluga ta milu 295, je karu tarraki ta hate milugi’ (everyday you will find a new controversy created by people, you will find debates over religion, if you speak the truth, you will get 295 and if you will rise, you will get hate).

In 2019, Moose Wala founded a record label by his name and released many songs under it. The same year, following his success, Moose Wala was featured on Spotify, and has been a popular Punjabi singer on the platform.

Another song of his, ‘Sanju’, drew comparison between his own life and that of Bollywood actor Sanjay Dutt, with lyrics like, ‘Gabru utte case jehda Sanjay Dutt te’ (Boy (referring to himself) is facing the same case that was filed against Sanjay Dutt) and became a major hit.

Moose Wala was also known by the name ‘5911’, after his HMT 5911 tractor. He had openly supported the farmers’ protest and had participated at Delhi’s border as well as in Mansa. 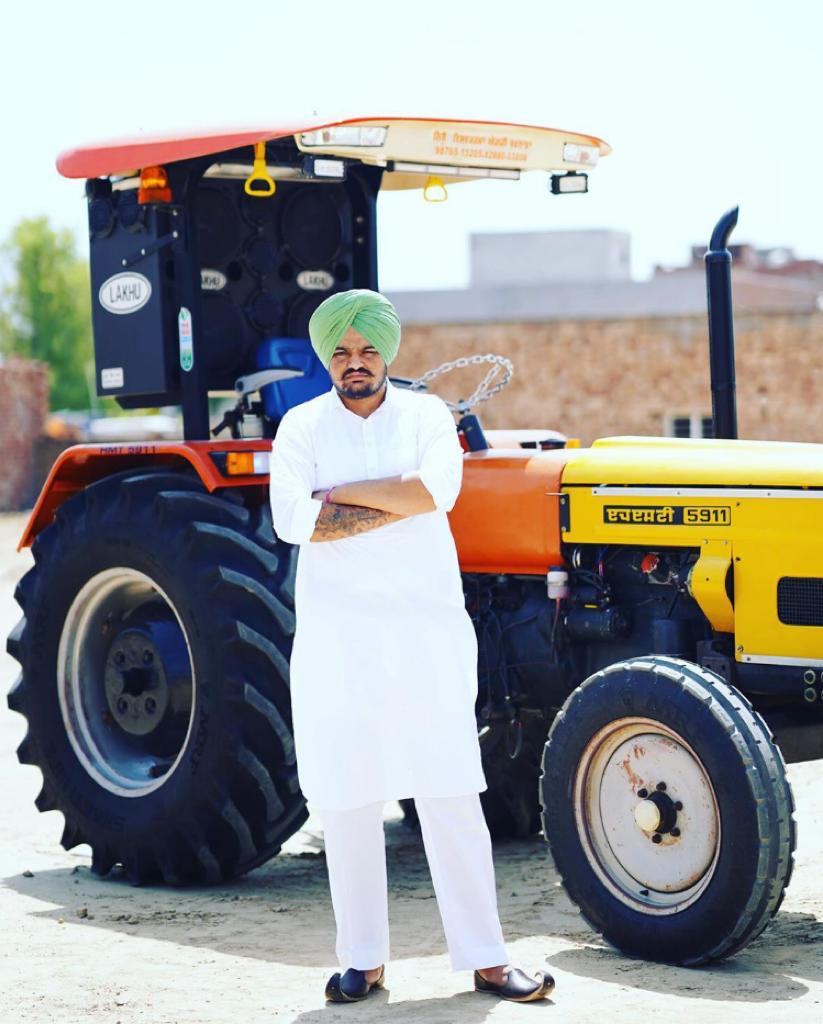 Notably, his live shows in the UK and Canada were very popular with his fans. The singer’s sudden death has come as a shock to his fanbase the world over.