Whither, in the Name of Religion, Goes the Voice of Reason?

There are many examples which make it difficult to reconcile the contradictory ideas of a person as a rational being and as one driven by (mostly blind) faith. 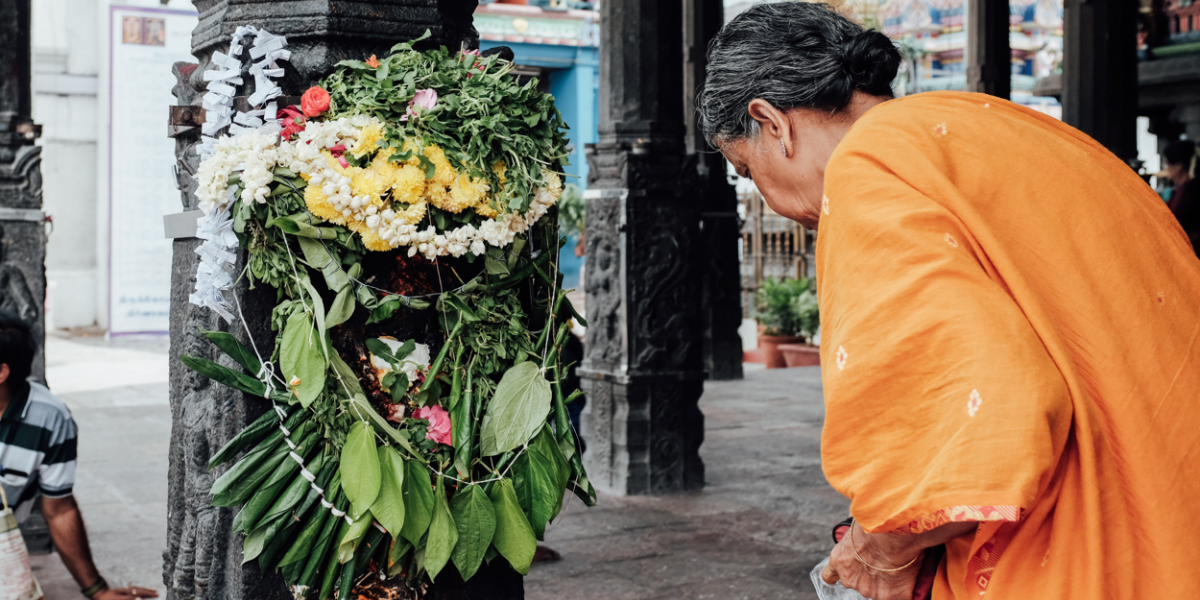 A study by the Centre for Social Impact and Philanthropy, Ashoka University, has revealed that Indians donate far more to religious organisations than non-religious ones.

Though this report in The Wire says that ‘religious beliefs’ dominate as a motivating factor for making these donations, Swati Shresth, the co-author of the study, notes that it is difficult to frame the nature of ‘religious beliefs’ as one that is restricted to religious institutions like temples, mosques, etc. What needs to be noted is that the idea of godhood being central to such institutions ropes in the element of faith quite strongly in a person.

Religious belief, according to Shresth, requires a more inclusive understanding that “can also include matters of faith and belief which are greater than religion, societal norms or learned behaviour”. But such an inclusive understanding can pose difficulty in reconciling the contradictory ideas of a man or a woman as a rational being and as one driven by (mostly blind) faith as the following examples illustrate.

A village in Uttar Pradesh, during the peak of the COVID-19 pandemic in 2021, had set up a temple for “goddess corona” and prayers were being offered in the hope that divine intervention could ward off the disease. In a similar episode, Kamatchipuri Adhinam, a temple in Coimbatore, consecrated a “Corona Devi”, a black stone idol, for similar reasons.

The creation of a new goddess reminds one of the Hindi film OMG: Oh My God!, written and directed by Umesh Shukla, where a new god is created out of an ordinary mortal Kanji, a character in the film. The film also shows the role of scheming godmen in this act of creating a new god through their propaganda machinery and how they make money, collected as donations, in the process.

This illustrates how easy it is to make people have faith in the very idea of godhood. Sometimes such faith is generated by instilling a sense of fear among people and, in some cases and circumstances, enabling the dealers of faith to amass wealth and acquire a certain status (as babas, gurus and sadhus) in the name of god.

Also Read: Why Religion Is Here to Stay and Science Won’t Destroy It

The irony of religious belief and reason

One can be dismissive about such a phenomenon by blaming the gullibility of the ignorant people who fall prey to the faith industry. But how does one account for a similar kind of belief among people whose very education and profession demand an exercise of reason to a high degree?

A few years back I had gone to a corporate hospital, early in the morning, to meet a friend who had been admitted. There was a statue of Lord Ganesha at the entrance of the hospital. I was witness to some of the doctors arriving for their duty bowing down their heads and praying before the statue. Is this act a “societal norm” or a “learned behaviour” – that the co-author of the study suggests should be included in the expanded understanding of ‘religious beliefs’?

My philosophical impulse, triggered by this sight of doctors praying before god, prompted me to pose a question to myself: What does a doctor pray for before duty?

One response from the doctor to this question could be imagined: “I should be doing well in my professional engagement today. Please bless me, O Lord.” Suppose god heeds her words. So being the beneficiary of god’s benevolence would mean more patients for the doctor. This naturally implies that god, as an agent, should inflict misery, in terms of illness, on some souls.

The irony of the matter here is that some of these souls could also be devotees of the same god praying for good health. How would god decide? Who would be favoured? Whose prayers would be answered? Will god not be charged with favouritism?

As such a response appears to be making god open to crude charges; it may perhaps lead one to imagine and make room for some other moderate, finer interpretation and a better sense of the doctor’s prayer along the following lines. In defence of prayer, it can be said she prays for the strength and wisdom to treat the patients throughout the day.

This expression of convoluted defence of prayer to god leaves one with any rational sensibilities completely perplexed. For, why should god engage himself in such a roundabout fashion to deliver health to the patients? If god as an omnipotent being has the power, then that being could as well have directly prevented any soul to be afflicted by a disease.

This apparently benign interpretation of prayer, therefore, will not relieve the frustration of the defender of god when countered by the rationalist.

Any person with rational sensibilities would need an answer to all the above questions. 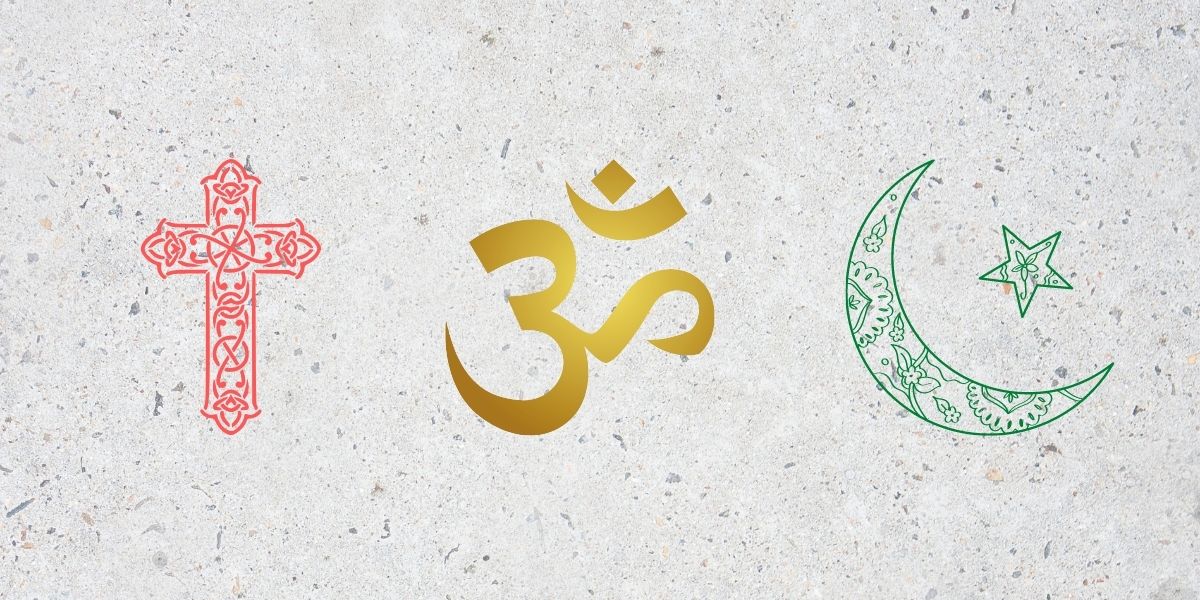 The fundamental and uncomfortable larger questions that reasonably arise in such a context are: what is the legitimacy of religion in general? What is the basis of belief in god that is so central to religion? But what is so disconcerting is that these fundamental questions, which are so obvious, are just ignored and brushed under the carpet by many believers.

Even if the believer cares to answer them, the arguments she resorts to are utterly fallacious and unsound, amounting to what can be termed as rationalising the irrational. In the process, she insults her rational sensibilities or, it could be that she wants to preserve the entrenched faith that prevents her from exercising her rational capacity.

These are questions of meaning and foundation of religion on which it is difficult to speak, but impossible to remain silent. It is sensitive to raise such questions on religion that is held to be sacred. Speaking against it is considered blasphemy. And that is the difficulty.

The other difficulty is the danger of having to face the ire of people who run this faith industry, selling the idea of godhood as a product and the associated rituals that come along with it. Any rational voice that is raised against it is silenced.

The killing of Narendra Dabholkar is a grim reminder of speaking against irrational religious beliefs. To remain silent is impossible because the irrational beliefs that religion espouses go against reasoning and compromise the value of reason.

Also read: How Bhagat Singh and Narendra Dabholkar Argued for the Valuelessness of Religion

Why is it that a person who is generally willing to draw upon reason and experience in his day-to-day matters shies away from doing so when it comes to issues of religion and the existence of god? It is here that another point strongly merits consideration.

Historically, religion throughout the world has grown into an institution which brings diverse sociological, psychological and political factors into play. The peculiar interplay of these has continued to keep the phenomenon of religion sustained to this day. What makes this interplay possible is faith.

Religious authorities deploy their rhetorical skills in harping that it is faith and not reason that becomes important in such matters. Believers (call them naïve believers or andh bhakts, a term that is popular in this country) are conditioned psychologically to cultivate faith and thereby come to accept the view that religious matters are faith-driven and cannot be reasoned about.

The uncertainties of life give rise to a feeling of insecurity and helplessness and thus the human being is more disposed to believe things that give him some comfort than the mode of thinking along rationalistic lines.

A tendency like this has spawned a faith industry where the gullible are induced to submit in the hope of better material life. Such an industry takes its shape in various forms in terms of offering its products, like appeasement rituals in temples, death ceremonies in which expensive daksinas (offerings) have to be given, astrological consultancy and the list can go on. People have to stand in queues or book their orders to make offerings to gods and various celestial objects in the hope of warding off evil.

That religion has become a business where there are well-packaged products available is something that believers refuse to see. Such an example of commercialisation can be seen in temples where there is a long list of offerings with price tags called sevas (particularly in temples of southern India) displayed at the entrance, usually a large display board.

Devotees are ready to buy these service packages to secure special blessings from god. Is the donation to religious organisations to be construed, in some form, as buying such packages and blessings?

It is this tendency of the common man and woman to subscribe to a faith that religious institutions exploit unabashedly. The question that arises in this context is, whether the person making a donation to a religious institution is a rational human being or a person of faith or one in whom such contradictory dispositions exist. Does the expanded and inclusive understanding of ‘religious belief’, as the co-author of the study opines, to some extent, bridge the contradiction?

Matters of faith, nevertheless, remain too sensitive to be touched by reason and rationality. Thanks to faith that such irrational beliefs are held by the naive to the advantage of devious opportunists to further their commercial interests.

S.K. Arun Murthy has taught philosophy in the Humanities and the Social Sciences department, Indian Institute of Science Education and Research, Mohali, Punjab.