Why the Prime Minister and I Are Kindred Yoga Spirits

We both do the lotus pose or padmasana though frankly, we prefer the half padmasana. Why cross your legs and place both feet on both thighs when you can close your eyes and look equally meditative with half the effort? 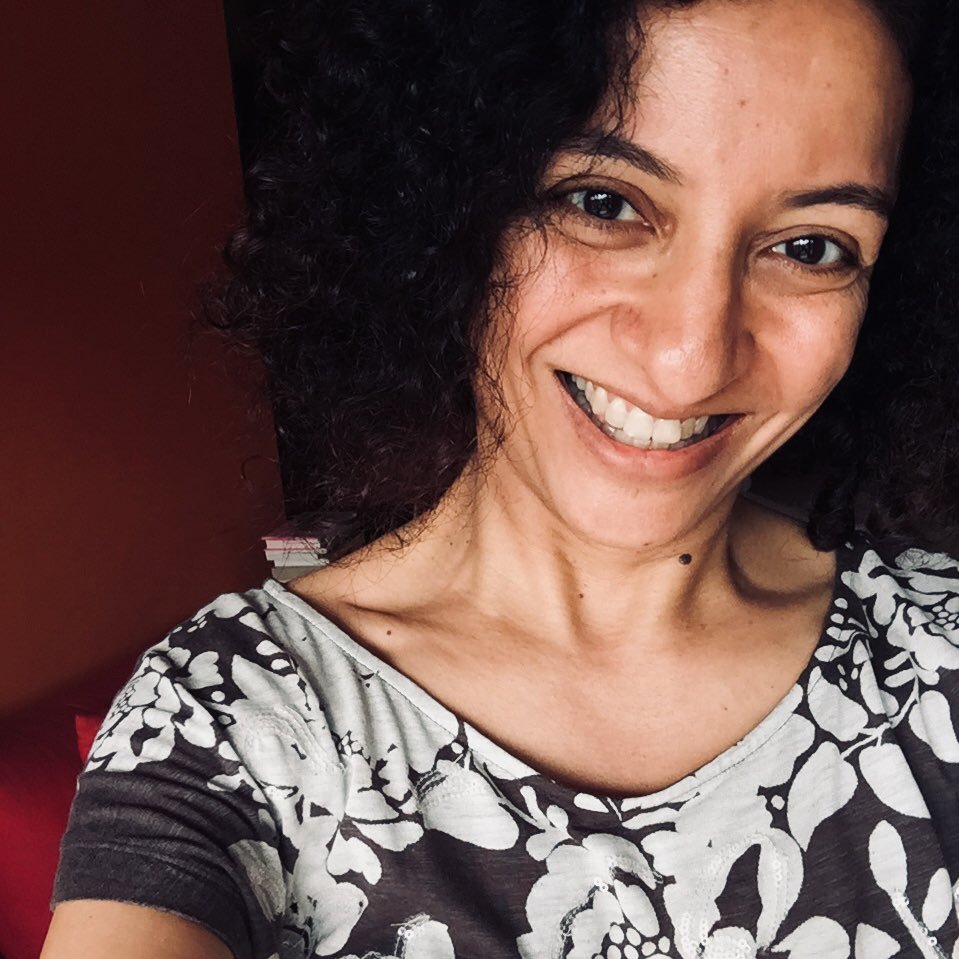 I’m convinced Prime Minister Narendra Modi and I have one thing in common: we both practise our version of yoga regularly and desperately want to be yogis. Sure, the prime minister encouraged the United Nations to declare June 21 as International Yoga Day and millions of Indians watch videos of Modi’s animated self perfectly executing various asanas, while I haven’t even managed to convince the husband to join me in a surya namaskar (sun salutation). Still, I believe Modi and I are kindred yoga spirits.

After perusing many videos and images of the prime minister doing yoga these past few years, I’m convinced we have the same favourite asanas (all beginner level – though who knows, he might show us a few new moves today). Like the prime minister, I can hold the thunderbolt pose or vajrasana as long as you need me to, though the prime minister is always better accessorised than me when he sits on his knees (think all white with an Indian tricolour scarf). From here we can fall back and execute a fairly competent supta vajrasana, but when we try a forward bend from this position, our bodies invariably lift off our heels of their own accord.

We both do the lotus pose or padmasana though frankly, between you and me, we prefer the half padmasana. Why cross your legs and place both feet on both thighs when you can close your eyes and look equally meditative with half the effort?

Modi and I both find it easy enough to go from the mountain pose or tadasana to the tree pose or vriksasana where we stand on one leg and raise our hands high over our head. This looks great in pictures too, and makes viewers believe we really know what we are doing.

I once executed this pose on a big rock near the edge of a cliff in the hill station of Matheran. My cousin, an ace photographer, ensured he positioned me so the setting sun fit perfectly between my raised arms.

Also read: ‘International Day of Yoga’ Will Not Solve Climate Change. Here’s Why

The prime minister and I struggle at the finish line in the spinal twist pose of ardha matsyendrasana (how on earth do people look all the way back there?); and our knees rarely touch the ground when we do the butterfly pose or the baddha konasana.

We can both do a mean cobra pose or bhujanasana and find it easier to do poses where you need to bend back rather than forward. We can even carry off a competent camel pose or ustrasana.

My ability to bend forward is impeded by my extremely stiff hamstring muscles and after years of practising yoga, I am still unable to touch my toes. My forehead has never made contact with my knees. Now that I think about it, have you ever seen the prime minister touch his toes?

The similarities go beyond favourite asanas. I’m convinced the prime minister and I both have body issues. Mine would require a separate column to discuss and as far as the prime minister goes, there are enough clues in the public domain. As any woman will tell you, wearing all black when you exercise – as the prime minister did in the slickly choreographed exercise and yoga video he released one year ago that became the source of countless memes – serves one purpose only. When Modi visited the Guruvayur Temple earlier this month, he sidestepped the bare chest (with a towel-if-you-must) dress code for men and wrapped his upper torso in yards of fabric.

Both the prime minister and I would do well to learn a lesson or two about body positivity from Dolly Singh, a plus-sized Mumbai woman who started practising yoga a few years ago and whose spectacular yoga videos feature her real, unfiltered self. Follow her on her Instagram account Yogaforall. “Your body is not your limit,” Singh is fond of saying. Dolly’s is as perfect a yoga body as I have ever seen.

Also read: The Good, Bad and the Ugly of Trapping ‘Pranayama’ Within Scientific Speak

The prime minister and I are both surrounded by more accomplished practitioners. Modi has a saffron-clad younger colleague who once said those who want to avoid yoga should leave India; I have a same-age pal whose display picture shows her executing the perfect crow or kākāsana pose. Though Modi’s colleague has the title of yogi, my friend could pip his moves any day. I would like to say more here but this gent has a proclivity to arrest journalists who dare to comment about him.

My yoga ideal is any woman, above the age of 60, who breezes through her daily quota of surya namaskars. The prime minister’s idol? I would guess it’s his close acquaintance, Baba Ramdev. In one video posted on YouTube, Ramdev accepts a dance challenge from actor Ranveer Singh at an Aaj Tak event. His accelerated “surya namaskar dance” is followed in quick succession by handstands, lunges, the scorpion pose and headstand – after which Ramdev flings Singh over his shoulder and twirls him around easily.

If the prime minister didn’t have the habit of making himself the face of every idea his government generates, he could have nominated a real yoga professional to execute his asana videos.

Still need more similarities to be convinced? No aerial yoga, equine yoga or cannabis yoga for us. The prime minister and I like our yoga old-fashioned and handed down to us from the pre-Vedic age. Both of us wouldn’t bat an eyelid if yoga was declared compulsory in schools. 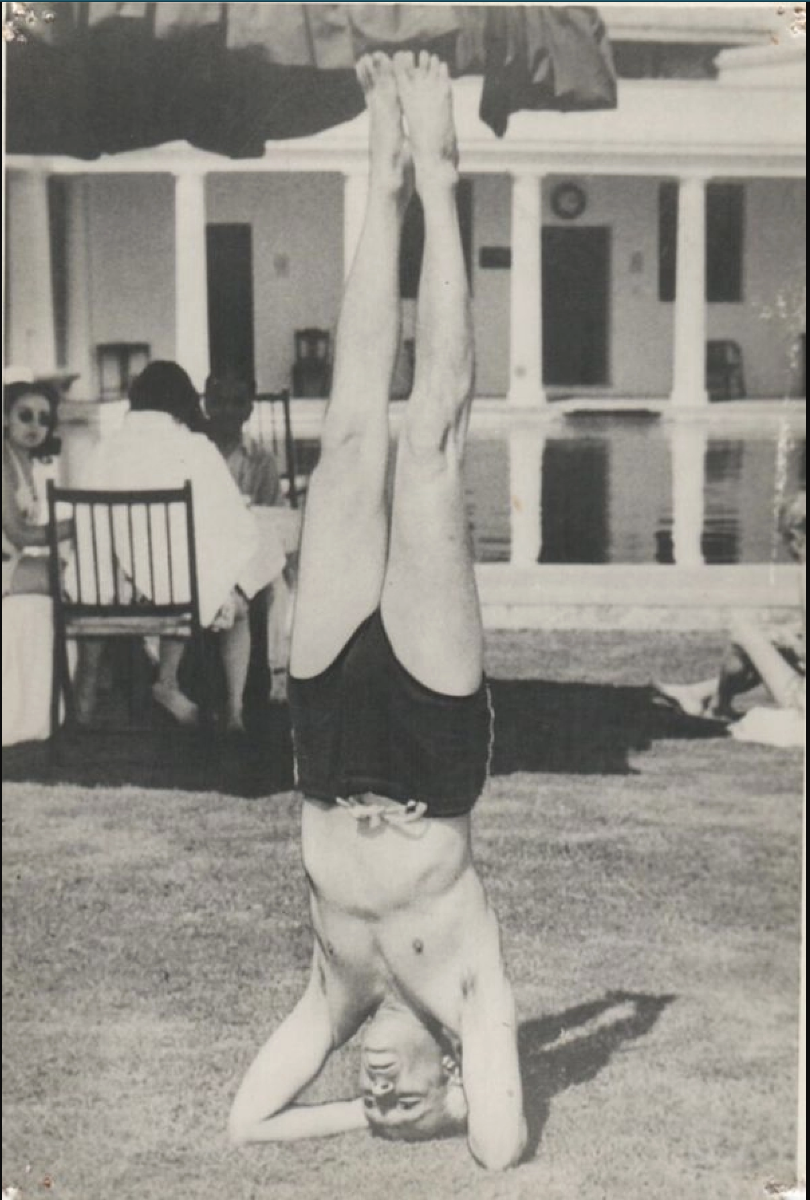 Finally, you’ve seen that black-and-white picture of a former prime minister doing a headstand on a lawn, clad only in a pair of shorts? Yes, you guessed right: both the prime minister and I envy Jawaharlal Nehru.

Priya Ramani has been a writer and editor with Reuters, India Today, Indian Express and Mint.