Are Philanthropic Acts Driven by the Human Desire to Cheat Death?

Studies show that, in general, people who feel good, do good – and likewise, people who do good, feel better. The rich are no exception. 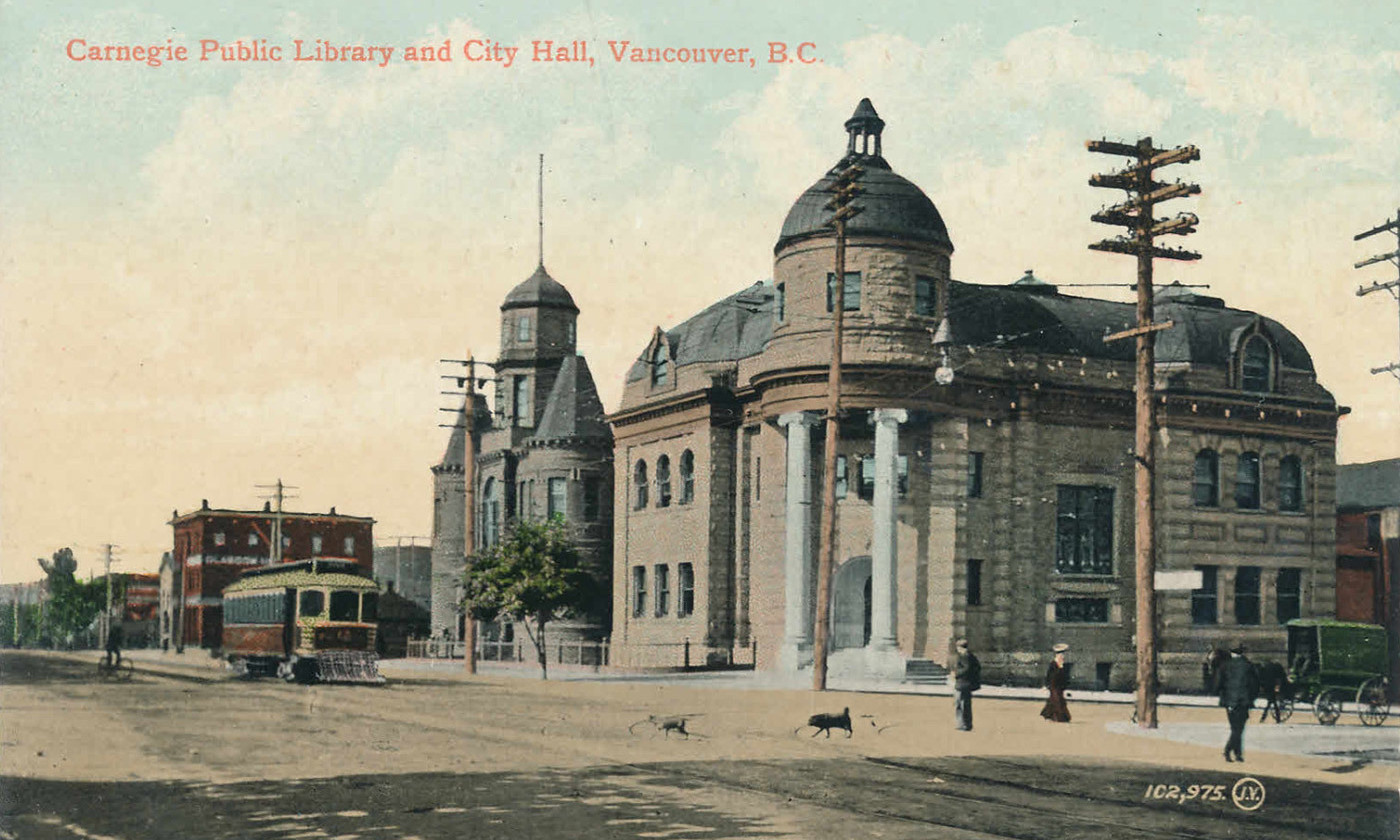 Postcard of the Carnegie Library in Vancouver BC, c1905, funded by a bequest from the American philanthropist Andrew Carnegie. Credit: Flickr, CC BY-NC-ND

In Socialism for Millionaires (1896), the Irish playwright George Bernard Shaw quipped that a rich man ‘does not really care whether his money does good or not, provided he finds his conscience eased and his social status improved by giving it away’. Was he right to be so cynical?

The reality today is that private wealth finances only a tiny fraction of social needs. According to Arton Capital and Wealth-X’s philanthropy report (2015), ultra-high net-worth individuals in the US (those who have $30 million and above in net assets) gave $49.2 billion to charities in 2015 – or 19% of all individual philanthropic donations in the US. But if we bring in data from the Urban Institute, which puts the total revenue for US charities at $1.73 trillion in 2015, the super-rich contribute less than 3% of the total.

At least we can console ourselves that non-profits will probably trundle on without donations from the very wealthy. But can the wealthy ‘survive’ without giving? What needs are fulfilled by philanthropy? Do we give to make the world a better place, to give back to the community? Or is charity motivated by reasons that are far less noble – peer pressure, social status, a version of conspicuous consumption?

Studies show that, in general, people who feel good, do good – and likewise, people who do good, feel better. The rich are no exception. Giving to charity activates parts of the brain related to reward and pleasure. Yes, the rich do have some distinctive reasons for giving to charity, such as the desire not to ‘morally corrupt’ their heirs. But like others, they also give to strengthen their identity – and probably, to relieve their guilt. As Shaw said, with typical epigrammatic acuity: ‘One buys moral credit by signing a cheque, which is easier than turning a prayer wheel.’

The first person to attribute the act of charity to improving one’s public image was the 18th-century Scottish economist Adam Smith, who claimed that people make moral and ethical decisions based on how an impartial observer would judge them. This idea harks back to a dialogue about justice in Plato’s Republic, in which Glaucon tells Socrates that people behave ethically only when they think others are watching.

Fast-forward to 2009, when Dan Ariely, a behavioural economist at Duke University in North Carolina, co-conducted a study evaluating the motive of outward appearances in giving to charity. The research found that appearances are so important that they even trump financial incentives. In the experiment, participants were divided into two groups, where each group was asked to type a combination of letters on a keyboard. They were told that if they typed the combination correctly, some money would be donated in their name to the Red Cross, although never more than a few dollars.

In the ‘private’ group, members were exposed only to their own ‘giving’ scores, whereas in the ‘public’ group, each member was asked to publicly announce his or her donation to the others. In the end, members of the public group got the letter combination right twice as often as members of the private group. At a later stage of the experiment, researchers decided to test whether people would forgo a financial reward to look altruistic in the eyes of others. In the public group, adding a personal financial incentive had only a small effect on its success rate, whereas it increased the private group’s success rate by 35%.

There’s no doubt that outward appearances help to explain the rise of modern philanthropy. In the early 20th-century US, giving was a way of gaining status for those who had recently acquired a fortune. ‘New’ and ‘old’ money competed for large-scale public projects, such as the American Museum of Natural History in New York and the New York City Opera. One can find the names of individual donors splashed across the programmes of philharmonic orchestras, in university brochures and on hospital walls. If donors were not concerned with their personal brand, these displays would be meaningless. In several documented cases at US universities, only around 1% of donors requested to remain anonymous – a statistic often cited by those who argue that cachet and publicity are the main reasons that the rich give to such institutions. And when donations are publicly listed by category, most people donate equal to or slightly above the minimum amount required to secure their spot.

Some researchers explain donors’ behaviour with an economic rationale: donors reap benefits from their contributions. When a person donates to a university, perhaps they expect their child to study there. When they donate to a hospital, they’re thinking about the day they need its services. However, in 1990 the economist James Andreoni at the University of California, San Diego showed that this model, like that of pure altruism, doesn’t capture all the reasons why people give. Perhaps donors enjoy a ‘warm glow’ from giving, he suggested. Art benefactors, for example, want to perceive themselves as art lovers, as much as they want to contribute to art.

Sometimes people donate when they’d rather not – simply because it’s hard to refuse. Researchers at the University of California, Berkeley conducted an experiment in which they asked for donations door-to-door. Some of the houses got a flyer that announced an arrival time for collections, and the others got flyers without a fixed time. In the end, the sum collected from those notified was 17% lower than from the others. The experiment was repeated, except this time the advance-notice flyer was accompanied by an optional ‘do not disturb’ tick box. The money raised from the group who ticked the box was 35% less than that raised from the group who received no notice.

True, the majority of donations made by the very wealthy are not handed to anonymous fundraisers who knock on doors. Rather, many are made to colleagues and friends who are hard to refuse, especially when they ask for donations to the charities that they champion.

Let’s remember, too, that the problems philanthropists want to solve are frequently the result of government decisions, resource allocation and the status of human and property rights. If philanthropists were to commit to deeper and more meaningful action – if they joined governments or other institutions – they could affect public welfare in a more enduring way. Instead philanthropists are often slow to get involved in public policy, and prefer to make donations that counteract the government’s shortcomings. This reveals where their priorities really lie.

It’s probably impossible to find one explanation for all these patterns. They operate in an intricate web of motives and interests, both altruistic and egoistic. The extent of egoistic motives varies across donors (due to individual diversity), but is linked to donation amount (size matters). Paul Schervish, a professor of sociology at Boston College, claims that an amalgamation of circumstances and on-the-go decisions compel the rich to give, rather than a defined set of psychological reasons. He came up with the term ‘moral biography’ to describe an individual’s personal capacity and moral compass.

Perhaps the most original answer to the question of ‘why they give’ was offered by the psychologist Ernest Becker. In his Pulitzer-Prize-winning book The Denial of Death (1973), Becker explains that humans use culture to fight against our awareness of our own mortality. We try to give our life a meaning that will outlast us after death. That, or else we distract ourselves from the existential ‘terror’ by engaging in mind-numbing entertainments – which today might include reality television or social media.

Religious faith is one way we typically tackle the threat of mortality, but it’s certainly not the only thing in humanity’s toolbox. Hoarding (including money and assets), artistic creativity and even establishing a big family are all things that we hope will outlast us. So whether we leave a plaque with our name on a building, or tell ourselves that we promoted social change and helped the disadvantaged, are we all just trying to fulfill the human quest for meaning, a quest that might be nothing more than the defiance of death?

Jacob Burak is the founder of Alaxon, a digital magazine about culture, art and popular science, where he writes regularly. His latest book is How to Find a Black Cat in a Dark Room (2017). He lives in Tel Aviv.