In May last year, the RSS claimed, among other things, to have provided ration and meal packets to crores of people. 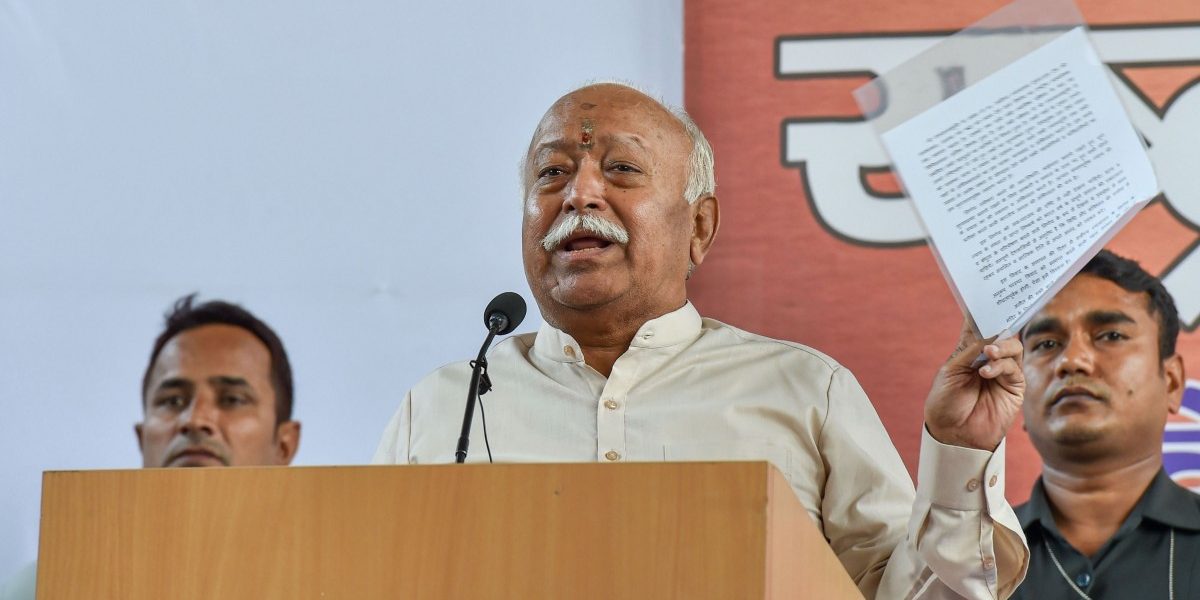 New Delhi: A Nagpur activist on Tuesday registered a complaint with the Enforcement Directorate (ED) and income tax (I-T) department against the Rashtriya Swayamsevak Sangh (RSS), seeking an investigation into the organisation’s funds, the Hindustan Times reported.

Mohnish Jabalpure, the activist in question, has sought to unpack the claims made by the organisation on Twitter regarding the various kinds of assistance they provided to citizens when the COVID-19 pandemic first broke out.

Amongst the claims RSS made in May, 2020, were that the Sangh had donated 1.1 crore ration kits to families and distributed 7.1 crore meal packets and 63 lakh masks. RSS claimed to have achieved this only a few months since the first reported case of COVID-19 in the country, on January 27 and the onset of the nationwide lockdown on March 24, 2020.

Jabalpure surmised that these operations would require vast amounts of money and, consequently, has sought information on where this money came from.

The activist has registered complaints against the RSS with the Nagpur charity commissioner and the Maharashtra chief minister’s secretariat. The charity commissioner, however, dismissed the complaint, stating that the RSS was neither a registered organisation under the Societies Registration Act, 1860, or the Maharashtra Public Trusts Act and was, therefore, outside of the commissioner’s jurisdiction, Nagpur Today has reported.

This led him to file a complaint with the ED and the I-T department, questioning how the RSS, which is not a registered organisation and does not have a bank account, was able to generate the funds required to undertake the massive relief efforts between March and May of 2020.

In the complaint, Jabalpure went on to ask where this money came from and also whether these claims were indeed real or “just for show”. He also alleged that “illegally collected” money shows an “evasion of income tax”, according to the Nagpur Today report.

Arvind Kukde, a senior member of the RSS, said that the Sangh would respond if it receives summons.