A Belief in Meritocracy Is Not Only False: It’s Bad for You 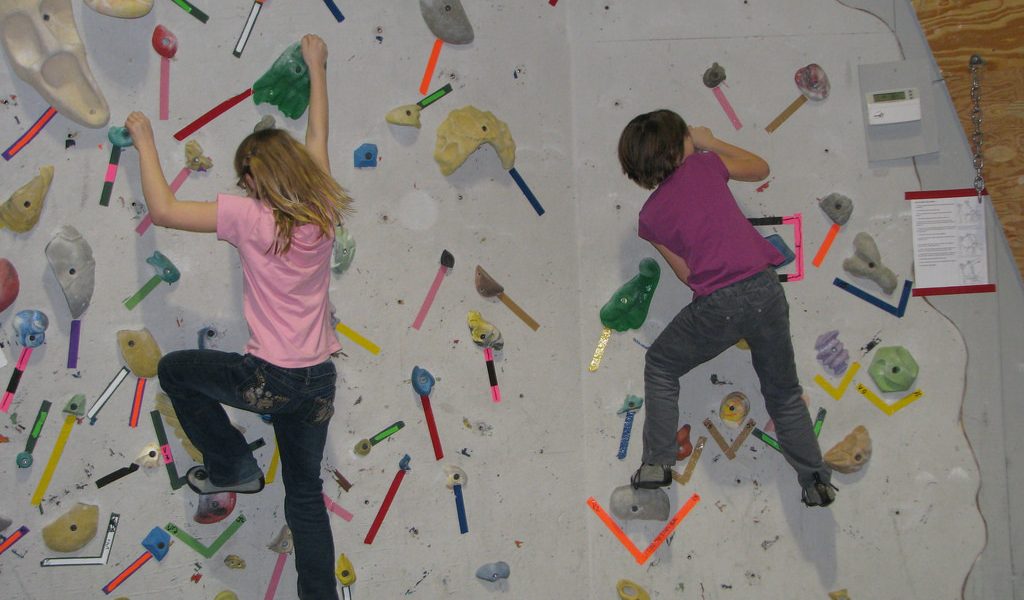 ‘We are true to our creed when a little girl born into the bleakest poverty knows that she has the same chance to succeed as anybody else …’ Barack Obama, inaugural address, 2013

‘We must create a level playing field for American companies and workers.’ Donald Trump, inaugural address, 2017

Meritocracy has become a leading social ideal. Politicians across the ideological spectrum continually return to the theme that the rewards of life – money, power, jobs, university admission – should be distributed according to skill and effort.

The most common metaphor is the ‘even playing field’ upon which players can rise to the position that fits their merit. Conceptually and morally, meritocracy is presented as the opposite of systems such as hereditary aristocracy, in which one’s social position is determined by the lottery of birth. Under meritocracy, wealth and advantage are merit’s rightful compensation, not the fortuitous windfall of external events.

Most people don’t just think the world should be run meritocratically, they think it is meritocratic. In the UK, 84% of respondents to the 2009 British Social Attitudes survey stated that hard work is either ‘essential’ or ‘very important’ when it comes to getting ahead, and in 2016 the Brookings Institute found that 69% of Americans believe that people are rewarded for intelligence and skill.

Respondents in both countries believe that external factors, such as luck and coming from a wealthy family, are much less important. While these ideas are most pronounced in these two countries, they are popular across the globe.

Although widely held, the belief that merit rather than luck determines success or failure in the world is demonstrably false. This is not least because merit itself is, in large part, the result of luck. Talent and the capacity for determined effort, sometimes called ‘grit’, depend a great deal on one’s genetic endowments and upbringing.

This is to say nothing of the fortuitous circumstances that figure into every success story. In his book Success and Luck (2016), the US economist Robert Frank recounts the long-shots and coincidences that led to Bill Gates’s stellar rise as Microsoft’s founder, as well as to Frank’s own success as an academic. 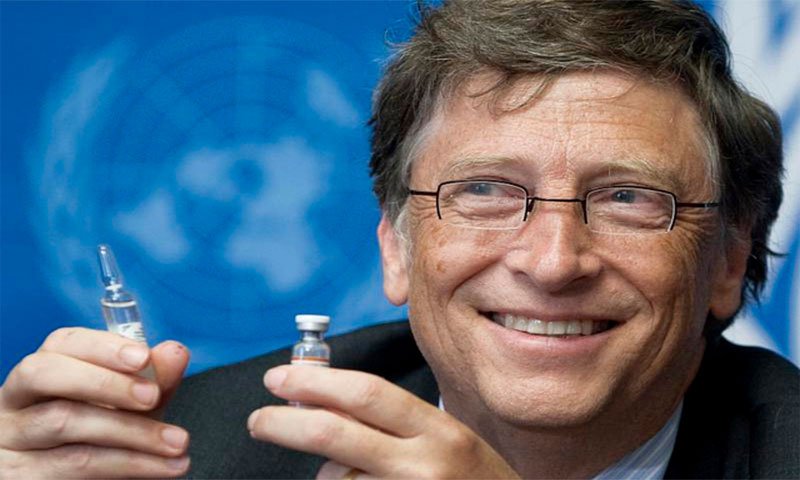 Luck intervenes by granting people merit, and again by furnishing circumstances in which merit can translate into success. This is not to deny the industry and talent of successful people. However, it does demonstrate that the link between merit and outcome is tenuous and indirect at best.

According to Frank, this is especially true where the success in question is great, and where the context in which it is achieved is competitive. There are certainly programmers nearly as skilful as Gates who nonetheless failed to become the richest person on Earth. In competitive contexts, many have merit, but few succeed. What separates the two is luck.

In addition to being false, a growing body of research in psychology and neuroscience suggests that believing in meritocracy makes people more selfish, less self-critical and even more prone to acting in discriminatory ways. Meritocracy is not only wrong; it’s bad.

The ‘ultimatum game’ is an experiment, common in psychological labs, in which one player (the proposer) is given a sum of money and told to propose a division between him and another player (the responder), who may accept the offer or reject it.

If the responder rejects the offer, neither player gets anything. The experiment has been replicated thousands of times, and usually the proposer offers a relatively even split. If the amount to be shared is $100, most offers fall between $40-$50.

One variation on this game shows that believing one is more skilled leads to more selfish behaviour. In research at Beijing Normal University, participants played a fake game of skill before making offers in the ultimatum game. Players who were (falsely) led to believe they had ‘won’ claimed more for themselves than those who did not play the skill game.

Other studies confirm this finding.

The economists Aldo Rustichini at the University of Minnesota and Alexander Vostroknutov at Maastricht University in the Netherlands found that subjects who first engaged in a game of skill were much less likely to support the redistribution of prizes than those who engaged in games of chance.

Just having the idea of skill in mind makes people more tolerant of unequal outcomes. While this was found to be true of all participants, the effect was much more pronounced among the ‘winners’.

By contrast, research on gratitude indicates that remembering the role of luck increases generosity. Frank cites a study in which simply asking subjects to recall the external factors (luck, help from others) that had contributed to their successes in life made them much more likely to give to charity than those who were asked to remember the internal factors (effort, skill). 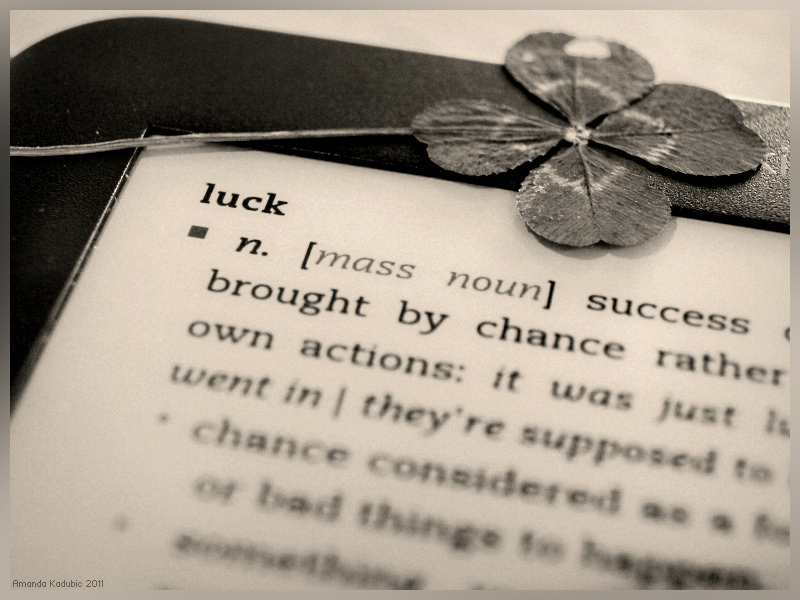 By contrast, research on gratitude indicates that remembering the role of luck increases generosity. Credit: Flickr/fearthekumquat CC BY ND 2.0

The management scholar Emilio Castilla at the Massachusetts Institute of Technology and the sociologist Stephen Benard at Indiana University studied attempts to implement meritocratic practices, such as performance-based compensation in private companies. They found that, in companies that explicitly held meritocracy as a core value, managers assigned greater rewards to male employees over female employees with identical performance evaluations. This preference disappeared where meritocracy was not explicitly adopted as a value.

This is surprising because impartiality is the core of meritocracy’s moral appeal. The ‘even playing field’ is intended to avoid unfair inequalities based on gender, race and the like. Yet Castilla and Benard found that, ironically, attempts to implement meritocracy leads to just the kinds of inequalities that it aims to eliminate. They suggest that this ‘paradox of meritocracy’ occurs because explicitly adopting meritocracy as a value convinces subjects of their own moral bona fides. Satisfied that they are just, they become less inclined to examine their own behaviour for signs of prejudice.

Meritocracy is a false and not very salutary belief. As with any ideology, part of its draw is that it justifies the status quo, explaining why people belong where they happen to be in the social order. It is a well-established psychological principle that people prefer to believe that the world is just.

However, in addition to legitimation, meritocracy also offers flattery. Where success is determined by merit, each win can be viewed as a reflection of one’s own virtue and worth. Meritocracy is the most self-congratulatory of distribution principles. Its ideological alchemy transmutes property into praise, material inequality into personal superiority.

It licenses the rich and powerful to view themselves as productive geniuses. While this effect is most spectacular among the elite, nearly any accomplishment can be viewed through meritocratic eyes.

Graduating from high school, artistic success or simply having money can all be seen as evidence of talent and effort. By the same token, worldly failures becomes signs of personal defects, providing a reason why those at the bottom of the social hierarchy deserve to remain there.

This is why debates over the extent to which particular individuals are ‘self-made’ and over the effects of various forms of ‘privilege’ can get so hot-tempered. These arguments are not just about who gets to have what; it’s about how much ‘credit’ people can take for what they have, about what their successes allow them to believe about their inner qualities.

That is why, under the assumption of meritocracy, the very notion that personal success is the result of ‘luck’ can be insulting. To acknowledge the influence of external factors seems to downplay or deny the existence of individual merit.

Despite the moral assurance and personal flattery that meritocracy offers to the successful, it ought to be abandoned both as a belief about how the world works and as a general social ideal. It’s false, and believing in it encourages selfishness, discrimination and indifference to the plight of the unfortunate.

Clifton Mark writes about political theory, psychology, and other lifestyle-related topics. He lives in Toronto, Ontario.

This article was originally published at Aeon and has been republished under Creative Commons. Read the original here.