Malerkotla, Punjab’s Newest District, Has No Room for Religious Bigotry

The Muslim-majority town which has just been declared a district has rejected Yogi Adityanath’s comment that its elevation was an example of religious politics. 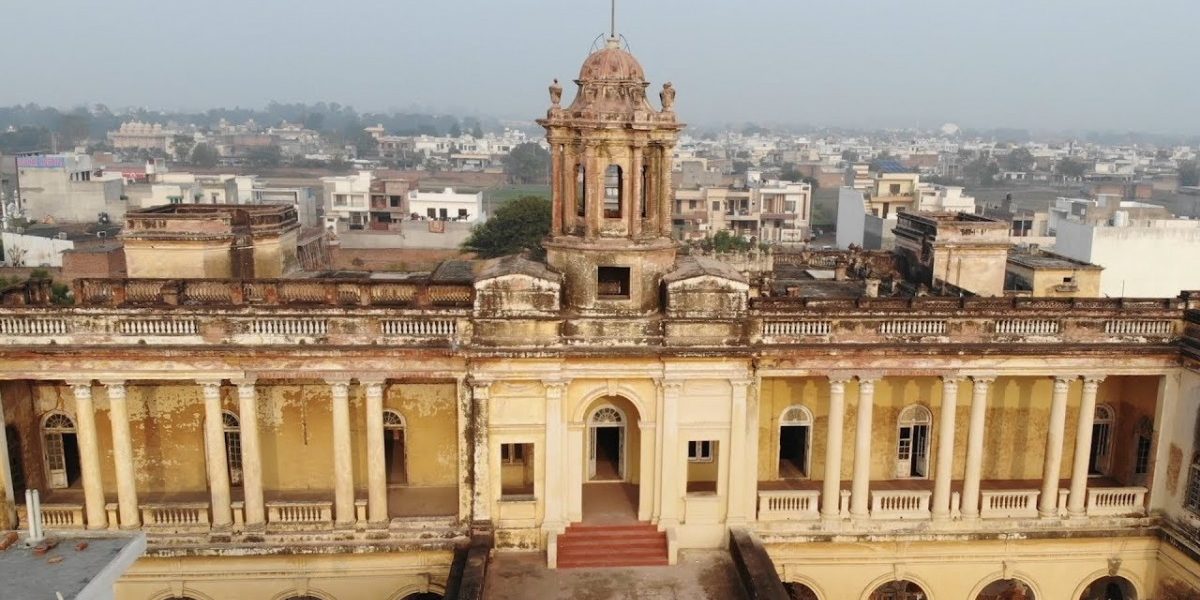 Chandigarh: For 63-year-old Professor Mohammad Rafi, who taught Urdu for over three decades at the Government College in Malerkotla, Punjab, Eid brought both happiness and anger.

Rafi had been elated because on May 14, Eid-ul-Fitr, Malerkotla had officially become Punjab’s 23rd district, fulfilling a demand the people of the Muslim-majority city had been making for over two decades.

However, on May 15, he had been angered by a tweet posted by Yogi Adityanath in which the Uttar Pradesh chief minister accused Punjab’s Congress-led government of deepening religious divides by making distinctions on the basis of religion.

Residents of Malerkotla, a town in Punjab’s Sangrur district, had long wanted their city to be a district in itself because the district headquarters of Sagrur was 50 km away, making it difficult for them to access administrative services, Rafi explained.

“Now we have easy access to government services and of course, better policing and separate courts,” said Rafi. “So how can Yogi say that making Malerkotla a district is a divisive step? Just because the majority of the city dwellers are Muslims, it does not mean that religion was the motivation behind making the city a district in itself.”

Malerkotla has a population of more than 1.35 lakh people according to the 2011 census. About 30-35% of this population is formed by Hindus and Sikhs, who were just as inconvenienced by the distance between the city and the district headquarters as the Muslims.

Moreover, the new district of Malerkotla does not comprise the city alone. The Punjab government incorporated the non-Muslim areas of Ahmedgarh subdivision and Amargarh mandi into its 23rd district, which helps the residents of these areas to easily access their district headquarters too.

But ever since Yogi Adityanath’s tweet, there has been a great interest in Malerkotla’s rich history of religious coexistence, inter-faith dialogue, peace and non-violence. Many people believe the city serves as a lesson at this time of heightened religious conflicts.

The town owes its foundation in the 15th century to the Sufi saint Sheikh Sadruddin-i-Jahan, aka Haider Sheikh. His tomb at the centre of the town is a living example of inter-religious faith. Passers-by can witness a large number of Hindus and Sikhs paying obeisance at the tomb as they are staunch believers in the Sufi saint’s divine powers.

In fact, it is a common practice in many houses of Hindus and Sikhs to light earthen pots every Thursday in the name of Haider Sheikh.

Haidar’s descendants later became the rulers of Malerkotla and, according to popular history, ruled the city wisely.

Highlighted in media reports and even state government press releases in the past couple of days was the story of Haidar’s descendant, Sher Mohammad Khan, who was the Nawab of Malerkotla in the early 18th century.

Sher Mohammad Khan had strongly opposed an anti-Sikh decision of the Subedar of Sirhind, Wazir Khan, in 1705. Wazir Khan had wanted to suffocate to death two young sons of Guru Gobind Singh, Zorawar Singh and Fateh Singh, by bricking them into a small, airless space. Sher Mohammad Khan not only opposed Wazir Khan but appealed in the court of the Mughal emperor Aurangzeb to spare the lives of the Guru’s sons.

On learning of this, Guru Gobind Singh blessed the Nawab and the people of Malerkotla with peace everlasting.

“It is popularly believed that the guru’s blessing keeps alive the city’s secular ties between all communities,” said Harjeshwar Pal Singh, a history professor from Chandigarh.

While Hindu-Muslim tension has often flared up in India, Malerkotla has always remained peaceful, added the professor. “When the whole of Punjab burned at the time of partition, Muslims in Malerkotla were safe,” said Harjeshwar. “When the Babri Masjid was demolished, people of all faiths gathered to keep the peace. Malerkotla serves as an example for the rest of the country.”

The decision of the Punjab government to name Malerkotla’s new medical college after Nawab Mohammad Khan is a testimony to the role that the Muslim rulers of Malerkotla had played in keeping communal amity alive, said local journalist Anwar Mehboob.

Mehboob added that the city wears many other badges with pride. It is the centre of vegetable production in Punjab. Its artisans produce regimental badges for the defence forces and mementoes for top universities. It is also the home of renowned poets and lyricists, including Irshad Kamil.

Political analyst Parmod Kumar, the director of the Chandigarh-based Institute for Development and Communication, said that Yogi Adityanath’s tweet had no importance in Punjab.

“The Punjabi Hindu is not the Hindutva type,” Kumar said. “He goes to gurudwaras and even majars and masjids. Therefore anybody trying to interpret Punjab on the basis of religion may not succeed. Punjab is largely a religio-cultural society. People here don’t mind visiting each other’s place of worship.”

Even after Indira Gandhi’s assassination, Kumar added, the riots had happened in Delhi, not in Punjab, because Punjabi culture continues to remain the dominant mode of social interaction.

“That is why Yogi’s statement faced flak, just as it should have done,” he added.

Many people believe that Yogi Adityanath’s tweet had been a political attack on the Congress party, which the BJP accuses of Muslim appeasement.

But in Punjab, which is currently ruled by the Congress and which will hold assembly elections along with UP early next year, the population of Muslims is too negligible to change the outcome of any elections, unlike in other states. According to the 2011 census, the Muslim population in Punjab is just half a million, a little over 2% of Punjab’s total population.

Declaring a Muslim-majority city as a district can only influence the election result in Malerkotla city itself. And the city is already a stronghold of the ruling Congress party.

In his statement on May 14, Punjab’s chief minister, Captain Amarinder Singh, said that the creation of Malerkot district had been part of the Punjab Congress’s election manifesto in 2017.

Apart from a medical college, the chief minister also announced the establishment of a government college for girls, new bus stands and a mahila thana (women’s police station), to be managed exclusively by women. 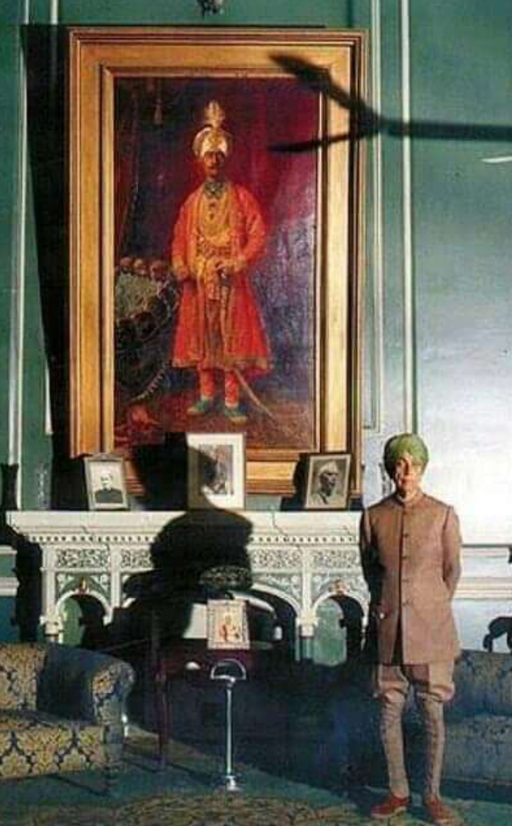 To promote the cultural heritage of Malerkotla, the chief minister said he had written to the Aga Khan Foundation in the UK to undertake the conservation and restoration of the Mubarak Manzil Palace, which had last been occupied by Begum Sahiba Munawwar ul Nisa, the wife of Nawab Iftikhar Ali Khan, the last ruler of Malerkotla.

The Punjab government has acquired the Mubarak Manzil Palace and its restoration and upkeep would be a befitting tribute to the nawabs of Malerkotla and perpetuate the rich legacy of the historic city, the chief minister said on May 14.

In response to the UP chief minister’s tweet on May 15, Amarinder Singh said: “What does he [Yogi Adityanath] know of Punjab’s ethos or the history of Malerkotla, whose relationship with Sikhism and its gurus is known to every Punjabi? And what does he understand of the Indian constitution, which is being brazenly trampled every day by his own government in UP?”

The Punjab chief minister pointed to the “spate of changes in names” of various cities in Uttar Pradesh, such as Mughal Sarai to Pandit Deen Dayal Upadhyay Nagar, Allahabad to Prayagraj and Faizabad to Ayodhya and said it was an “attempt by the Yogi government to rewrite history”, which the peace-loving people of India would never condone.

Citing media reports, Singh said that UP was the first state in the country to approve ‘love jihad’ laws and Yogi Adiyanath’s “open hatred” for the Taj Mahal (which he sees as a legacy of the Mughals) has been the subject matter of criticism in the international press.

In fact, the Punjab chief minister said, the UP chief minister is reportedly the founder of Hindu Yuva Vahini, an organisation that started cow vigilantism, which led to the lynching of Muslims in his own state.

Many of Punjab’s BJP leaders have followed up Yogi Adityanath’s tweet with statements of their own. Former Punjab BJP president Manoranjan Kalia issued a statement that described the Punjab government’s decision to make Malerkotla a new district as “communal”, even as the town symbolised secularism and co-existence.

“Many new districts were created to streamline administration in independent India and were never created on a communal basis. But it is clearly evident that Malerkotla has been carved out on a communal basis. Because of this, UP CM Yogi Adityanath Yogi has objected to its creation,” Kalia said in his statement.

“The new district announced by the Congress chief minister smacks of ‘politics of religion’. The Congress has always indulged in decisions which destroy the harmonious democratic fabric of our society,” wrote Ashwani Sharma in a statement he issued to the media.

However, Union minister Som Prakash, a BJP MP, hailed Captain Amarinder Singh’s move to declare Malerkotla a district. In a series of tweets on May 16, Prakash said: “I congratulate people of Malerkotla and thank Chief Minister @capt_amarinder ji for declaring #Malerkotla as a district. It is a rich tribute to the Nawab of Malerkotla Sher Mohammad Khan who protested the execution of the two Sahibzade.”

Prakash, who is from Phagwara in Punjab, added in the same series of tweets: “I request @capt_amarinderji to declare Phagwara as a district. This has been a long standing demand of the people of Phagwara and all parties.”