During the devastating floods, the state and its people rose to the occasion. 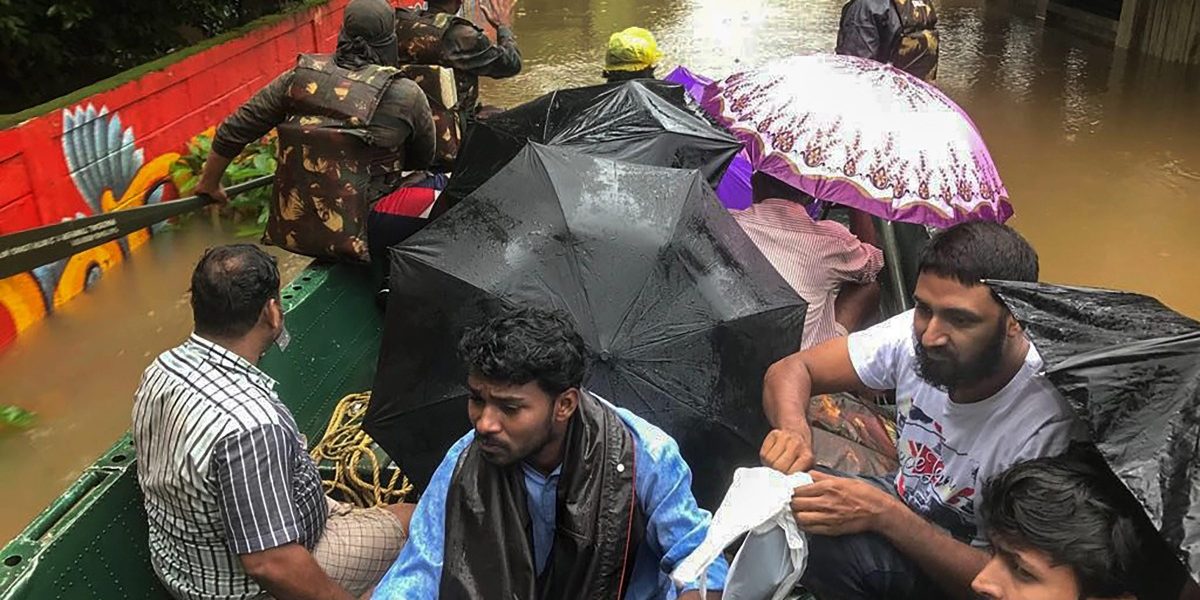 Kerala has just suffered its worst flood in living memory, worse than the 1924 devastation. Details of the death and destruction are still being assessed. More than ten lakh people are living in relief camps, over 11,000 houses collapsed and 46,000 hectares of standing crop destroyed.

I was on holiday in my home state when heavy rains poured down for five days without respite. I have been to relief camps and witnessed the devastation in the central parts of the state.

What was remarkable was the way the state and its people rose to the occasion, rescued the marooned millions and provided them relief. The social structures built by progressive popular movements and citizens’ initiatives were in place and acted as the backbone of the relief work. People moved swiftly, and within 20 hours there emerged 3,274 relief camps spread over the affected areas.

A remarkable aspect of Kerala’s devastation management was the effective application of modern communication facilities and social media to rally people. The marooned, rescuers, those in shelters and organisers were using digital platforms to keep in touch with each other. The Thrissur collector, for instance, used Twitter to appeal to volunteers, especially skilled ones, to register themselves on a certain link. A WhatsApp number was given for those who wanted more details. Within hours, over 200 doctors, paramedics, qualified electricians and plumbers had registered themselves for work. Google provided updates on danger areas, the locations of relief camps and what facilities were available where.

Inside the relief camps, after food and water, the evacuees – even in the remotest camps – ask for a tooth brushes, soap and detergent, sanitary pads, medicines for blood pressure and cholesterol, and mobile chargers and WiFi. Internet was essential to assure anxious family members in the Gulf, Australia and the US that they are safe. The organisers collected these items in bulk for distribution.

As water receded, there was great demand for gloves, gumboots and surgical masks to remove the muck, accumulated silt and animal carcasses. Newspapers and TV channels were alerting people about a set of ‘Dos and don’ts’. Such instructions were displayed at street corners and in camps: how to bury carcasses, procedures and eligibility for insurance claims for damaged vehicles and household appliances. In many camps, cleaning kits with wipers, gloves, phenyl and bleaching powder were distributed. The state electricity board issued directions on checking household power connections to avoid short circuits and blasts.

There were a couple of snake bites at flooded homes, and campers were told through loudspeakers and on social media not to enter vacated homes for clearing after sunset. Anti-venom vials were rushed to the snake-prone areas.

Thousands of fishermen, mostly part of Left unions, took out their boats to rescue those trapped on isolated ‘islands’, rooftops and trees. They saved thousands of lives without seeking rewards. In many places, people garlanded the fishermen as heroes. Impressed by their voluntary valour, the chief minister announced a reward of Rs 3,000 per boat. 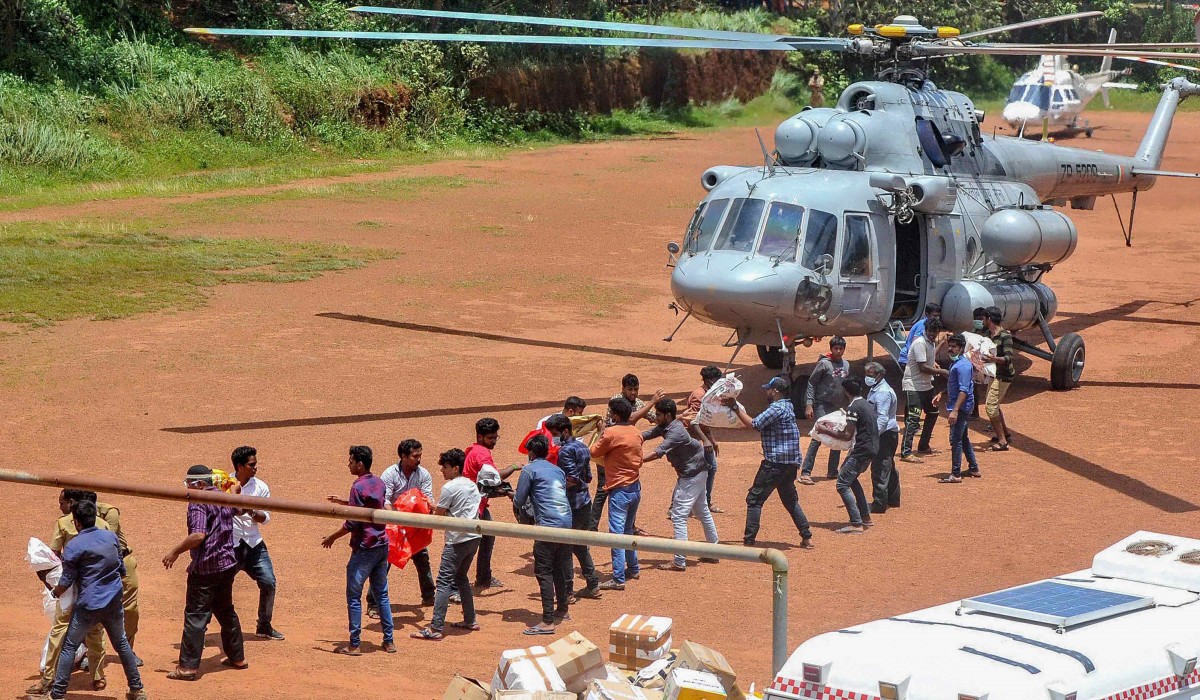 Modern Kerala has a healthy tradition of running awareness campaigns and various kinds of citizens’ initiatives on developmental issues, and these collectives (called kootayma in Malayalam) have a good reputation. In the past few years, citizens’ initiatives with the support of local traders and farmers have cleaned up large stretches of dead rivers and water bodies and made them navigable. Panchayats in districts like Malappuram collect plastic waste and send it to district-level plants for crushing and mixing with asphalt for road construction.

It was this kootayma spirit that made the relief camps a huge success. No doubt, local units of the ruling parties, their unions, youth associations and fellow-travellers were at the forefront. This induced others to either start their own initiatives or join them. The mainstream Malayalam media played a sterling role in imbibing a spirit of collective action to overcome the disaster. Some media houses set up medical units and distributed essentials on their own. This was followed by others like service organisations, cooperatives and private firms.

As the floods became uncontrollable by August 17-18, for a few hours the state administration looked like it was faltering. But it was swiftly back on its feet, and the entire state machinery was mobilised for rescue and relief operations. While rescue was handled by the police, military and volunteers, organising relief camps was left to the people’s initiatives but under the administration’s supervision. The Left network acted quickly after chief minister Pinarayi Vijayan’s appeal for organising rescue and relief efforts. District and tehsil officials worked without sleep and in many places collectors and tehsildars were garlanded by the locals. The chief minister’s role was widely appreciated.

However, it cannot be said that there were no jarring voices, mostly from the religious Right. First, there was the demand for handing over relief work to the military. But there was little support for this. Then came a fake video of an ‘army’ officer in uniform blaming the state government for the delay in seeking army help and putting hurdles in their operations. Some TV channels did play this up, but the defence officials promptly denied the existence of any such officer. The person was arrested.

There was another video on social media asking people, in English, not to donate relief materials to camps as the victims were from the upper classes. Instead, the person appealed to the people to send donations to the RSS-led Seva Bharti. There were other fake reports as well, such as those claiming the Mullaperiyar dam had collapsed and an ‘official’ warning about the Idukki dam being opened. There were fake distress calls to confuse the rescue and relief workers. Another fake post said Cochin metro stations and the Lulu Mall were turned into relief camps, which was not the case. There were exaggerated reports in the national media – but not in the Malayalam media – about too much politicisation of relief.

As the waters receded, the state government decided to entrust the complicated task of cleaning up roads and other public places to the panchayats and other local bodies. Each panchayat was assigned six sanitary inspectors and each ward’s fund allocation depended on requirements.

P. Raman is a senior journalist and the author of The Post-Truth Media’s Survival Sutra.