'This is About Humanity': Kashmir Family Opens up Home to Mumbai Tourists Stuck in Lockdown

Khatija and her son Javid, originally from Malad in Mumbai, had found nowhere to go when the lockdown was announced. 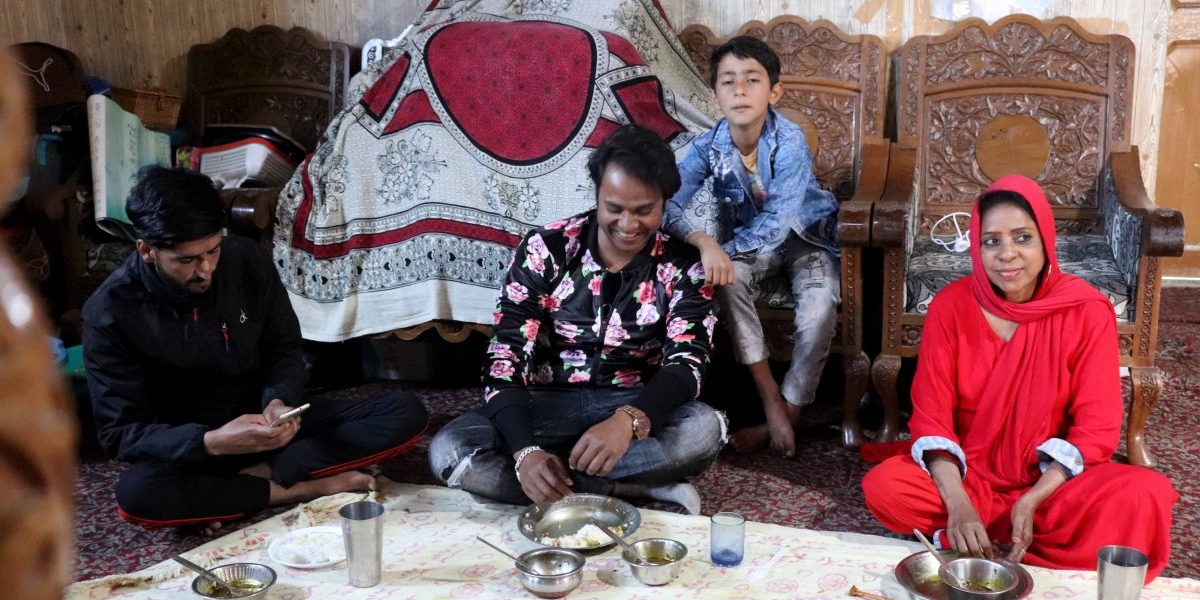 The two families sit down for a meal. Photo: Wasim Nabi

Pampore: A Pampore family in Kashmir’s Pulwama, known for its saffron production, has been looking after a mother-son duo from Mumbai who have been stuck here for over a month.

Even as people are shunning contact because of the virus, Nazir Ahmad Sheikh of Patalbagh in Pampore, has welcomed the two into his house after they got stranded in Kashmir due to the lockdown.

Nazir’s hospitality is well known in the area. The correspondents are led to his house by eager neighbours.

Wearing a red traditional Kashmiri frock salwar, Khatija Sheikh, a 50-year-old from Malad in Mumbai, sat with her son, speaking in the Kashmiri they had picked up. Neighbours drop by to ask how they are. 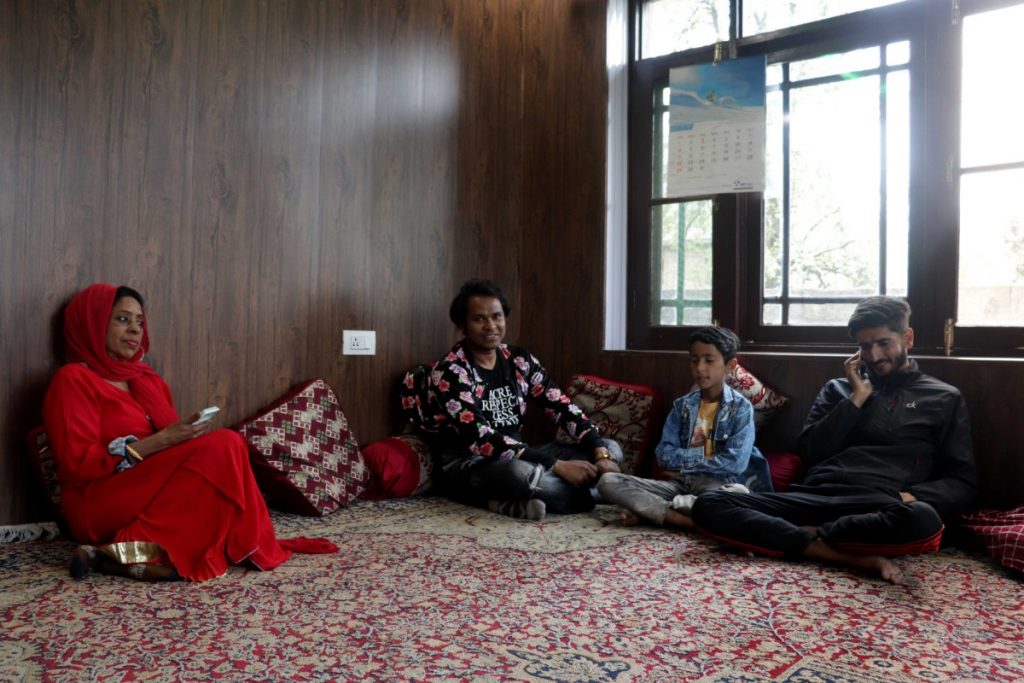 The duo had arrived in the valley last month as tourists, but got stuck as the pandemic spread across the country and Prime Minister Narendra Modi announced a lockdown on March 24, leaving them high and dry.

Javid Rashid Sheikh, 30, Khatija’s son, runs his own business. He has, in the past, helped with sponsorships for the IPL team, Chennai Super Kings. He had visited Kashmir before and decided to bring his mother this time.

Javid feels the lockdown was a correct decision but the way it happened left many tourists and travellers stuck. “We were among them, and didn’t know where to go. We were screened at Jawahar Tunnel, our tests were repeated after 14 days and fortunately the reports were negative.”

Once the tests were done, non-locals were asked to leave or quarantine themselves. The Mumbai duo had nowhere to go and the few people they knew in Kashmir where far away. Nazir offered to take them to his house.

Nazir, 55, is a government employee at the Public Works Department. He live with his wife, three daughters and two sons. When he brought Javed and his mother home, the family was surprised and wondered how the situation would work out. But Javid said, “The way they have accepted us, I have no words to describe and to thank them.”

Nazir does not think much of his action, he is reluctant to even talk to the media.

Javid, naturally, is full of praise for Nazir. “They have done so much for us during this period, it is hard to put it in words. Every day before going to sleep their mother offers us a huge glass of milk. I have enjoyed their company so much, their sons are like brothers now,” Javid said.

Nazir has also taken Khatija to various doctors when she had dental problems.

“The fact they helped complete strangers from another state at a time when people are reluctant to be in contact with anyone during the lockdown is wonderful,” Khatija said.

Nazir Ahmed’s family does not want too much attention. Their son Hilal said, “We have got an opportunity to help someone and they are our guests now — almost like family. I think others would do it, or should do it. This is about humanity.”

Khatija said her own family was eagerly for them to return. “My family wants to now invite them to our home in Mumbai and return the love.”