How a Bengal Town is Embracing Its Danish Past

A 232-year-old tavern in a former Danish colony has been reconstructed and recently became open to the public. 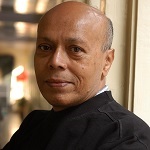 The tall spire of St Olav’s Church (1806) in the central square of Serampore in West Bengal’s Hooghly district is visible from the Dhobi Ghat of Barrackpore on the opposite bank of the Hooghly River. This town is identified by the Rathyatra of Mahesh and the birth of Bengali publishing owing to the untiring efforts of the three Baptist missionaries – William Carey, Joshua Marshman and William Ward.

These dates may exist in history books but only a few, save the locals, are aware of them. History, however, intertwined with the present-day reality with the opening of Denmark Tavern amidst much fanfare on the Serampore strand on February 28. The tavern dates back to 1786 – a time when the riverside was dotted with luxurious white villas belonging to Europeans, most of which are lost without a trace.

But first, we must cover the past. According to Sudhirkumar Mitra’s two-volume Hooghly Jelar Itihas O Bangasamaj (History of Hooghly District and Bengali Society) published in 1948, the Danish East India Company was formed in 1616 when its fourth Christian monarch ruled Denmark. Although the Danes had no intention of colonising India, nonetheless they established a colony here that was under their control for 90 years.

The Danes first arrived in Serampore in 1755, and with the help of the French in Chandernagore, they secured 60 bighas of land after paying Nawab Alivardi Khan of Bengal more than Rs 150,000 in toto to obtain the firman. It was just a trading post and the Danes were not allowed to either build or keep garrisons, like Fort Dansborg that they had already established in Tranquebar in Tamil Nadu in 1620.

The Danes had a trading post in Balasore in Odisha too. St Olav’s Church was constructed when Lieutenant Colonel Ole (Olav) Bie (1733-1805) was the governor of Frederiksnagore, and it was owing to his enterprise that it became an elegant township. Like the three missionaries, Colonel Bie is also buried in Serampore. Overcrowded with ugly building blocks, it may be difficult today to imagine it as anything but a favela, but writing about urbanised Serampore, Bishop Reginald Heber (1783-1826) of Calcutta had remarked: “It looked more of a European town than Calcutta.” 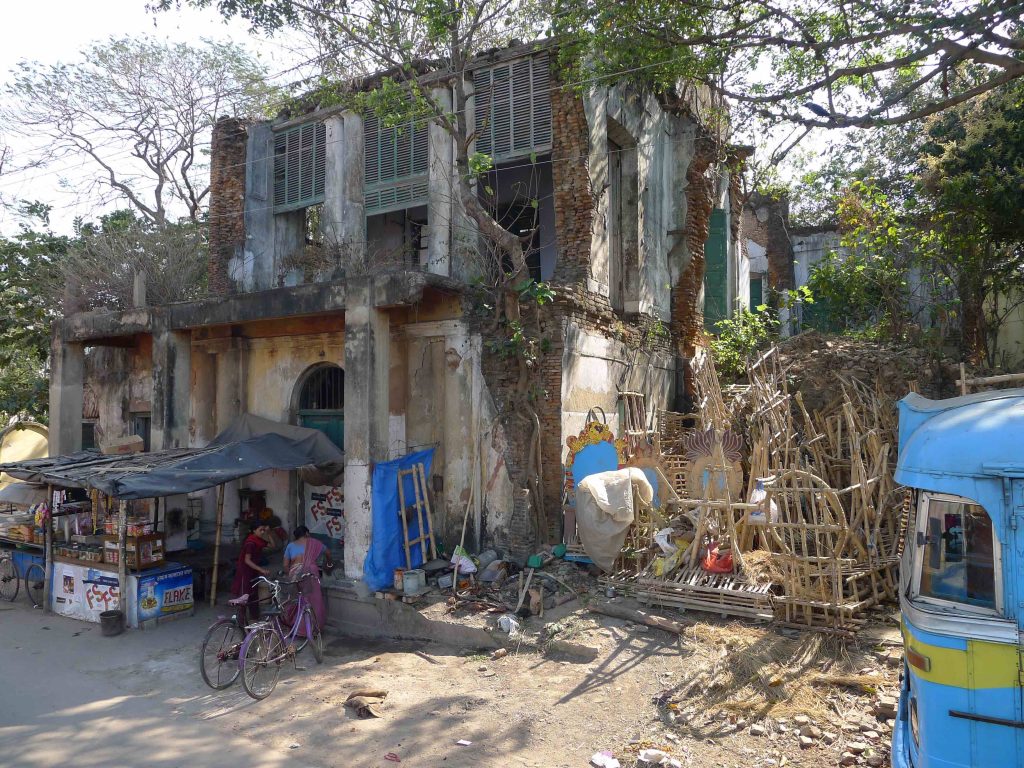 The area before the restoration began. Courtesy: Soumitra Das

Bengali agents or banyans of the Danish merchants such as the Goswamis flourished during this prosperous period. Little wonder then that in 1786, the British innkeeper James Parr opened “the Denmark Tavern and Hotel” here – the one that was resurrected from ruins earlier this year. A similar inn named Myer’s Tavern also operated from here, and if local people are to be believed, it was located near Holy Home School close to the cemetery.

In 1801, a war broke out between Britain and Denmark, and from time to time, the Brits would make forays into Serampore to browbeat the Danes. In 1815, the battle came to an end, and finally, in 1845, the Danish king handed over Tranquebar, Balasore and Serampore for a paltry Rs 12.5 lakh. Thus ended Serampore’s Danish connection.

Then, a century and a half later, Denmark became interested in reviving whatever remained of the Danish settlement and the Serampore Initiative was established in 2008 at the ethnographic department of the National Museum of Denmark. Archival and field studies were carried out from November 2008 to April 2009 by restoration architect Flemming Aalund and historian Simon Rasten, who produced the amazingly detailed report titled ‘Indo-Danish Heritage Buildings of Serampore’. According to Rasten, in 1800, the population of Serampore was 10,000, of whom 200 were Europeans, of whom only four to five were Danish civil servants.

This started the ball rolling, and the Danish team headed by anthropologist Bente Wolff, curator, National Museum of Denmark, launched the project to revive the former glory of the town centre, the historic core, cluttered as it was with encroachments and the bus terminus in front of the Serampore sub-divisional court, facing St Olav’s Church. The restoration of St Olav’s Church has won the Unesco Asia-Pacific Awards for Cultural Heritage Conservation 2016 and has set a standard of excellence for future conservation efforts..

Before that, in 2003, the Danish Museum had undertaken a smaller project – the restoration of the Governor’s House at Tranquebar. But there is more to Serampore’s built heritage than this Lutheran church, which was in such a miserable condition that it had to be closed down in 2010 when its roof collapsed. Facing it are the old single-storeyed, collonaded Danish Government House (1771) or Governor’s House within the compound of the Serampore sub-divisional court, the Catholic church (1776), and further down the strand, the majestic Serampore College (1823), where the Baptist missionaries started their vernacular publishing. 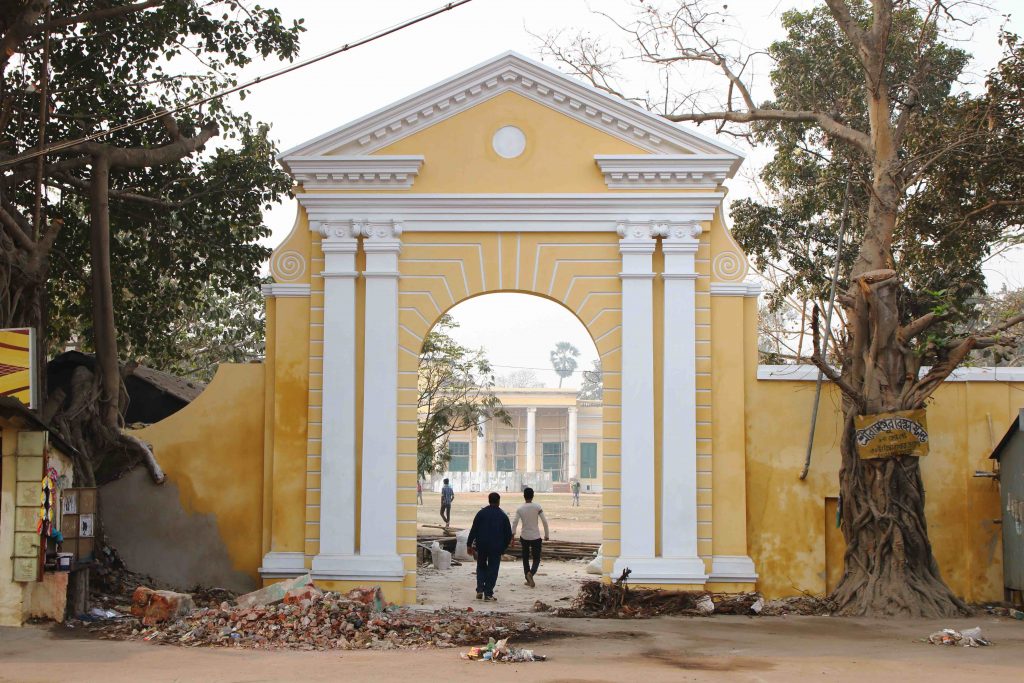 The main gate of the tavern. Courtesy: Soumitra Das 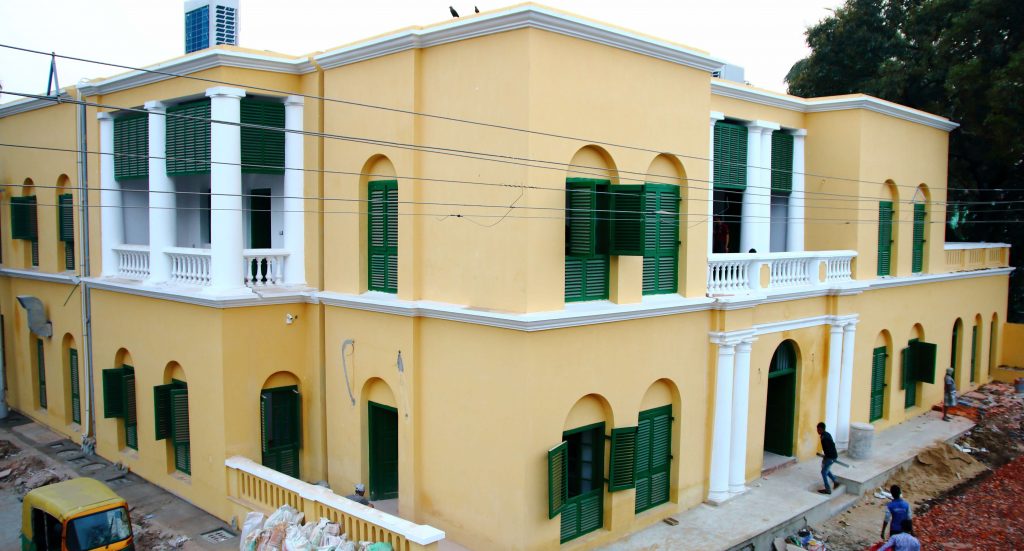 In 2009, the West Bengal Heritage Commission (WBHC) had undertaken the restoration of the Danish Government House under architect Gopa Sen. This compound dates back to 1755 when the Danish Asiatic Society Company set up a trading post here. The Ministry of Culture, New Delhi, is funding the project, and it will take some more time to complete. The Culture and Information department of the West Bengal government will move in here. The National Museum of Denmark has offered assistance to open a museum here. The court compound’s main gate (north gate) that has been rebuilt is a simplified version of the original. The south gate behind the Government House and adjacent to the police lock-up has also been restored.

Speaking at the opening of the Denmark Tavern, Bente Wolff said when they started, the tavern was a “dead building”, but now, thanks to the municipality and the district administration, the bus terminus has been shifted from the city centre, and the main and south gates of the sub-divisional court and the “heritage canteen” near the Government House have been restored. A team of students from CEPT University, Ahmedabad, has documented individual heritage buildings, the jute mills and staff quarters.

Now the tavern is a handsome yellow and white double-storeyed building with green doors and jalousied windows facing the river. It has well-furnished rooms for accommodation – two suites plus two dormitories in the rear wing on the first floor, and one suite plus another room on the ground floor – and a comfortable cafe where people can enjoy a cup of coffee. 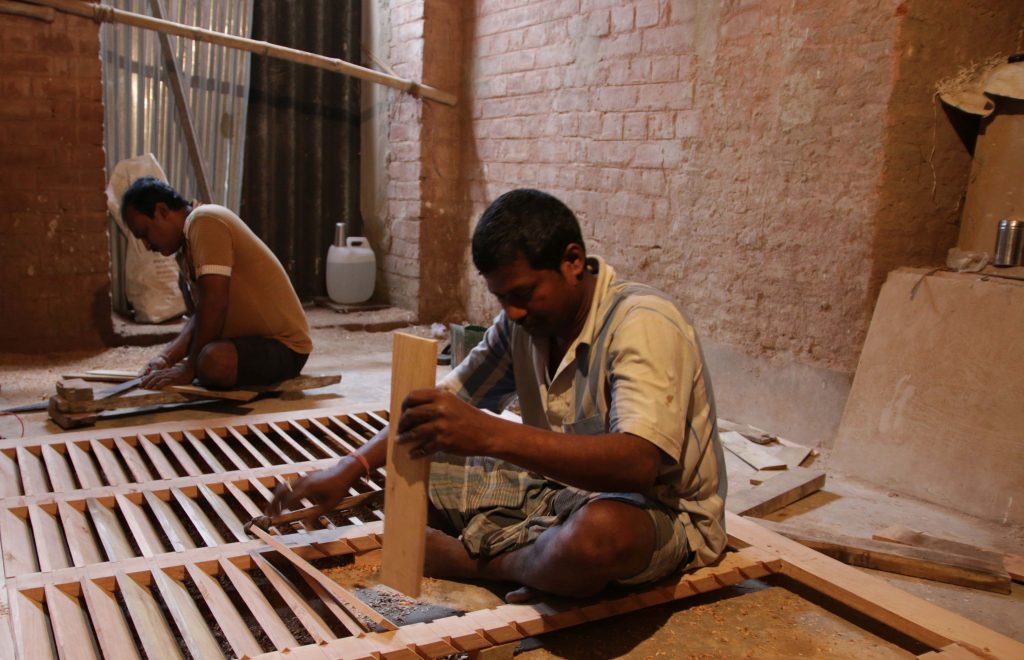 The cafe is air-conditioned, but with a central atrium and doors on all four sides, there is ample scope for cross-ventilation. The rear section of the building, which was intact, was used by the Serampore police lines. Now that the police have moved out, it is a sizable building with a courtyard where a jackfruit tree is growing. Restoration architect Aalund says, “It was inspired by Coffee House of Kolkata. The properties are different, but use is same.”

The total cost of the restoration project is Rs 4 crore, of which the Tourism Department of West Bengal shelled out Rs 1.25 crore. The National Museum of Denmark with its funding partner Realdania covered the rest.

It took some time before the Danish team could identify the ruin by the riverside as the Denmark Tavern. But in the old paintings, it was obviously a building of some importance because the Danish flagstaff was in front of it, and it overlooked Nisan Ghat, which is now Ladies’ ghat.

Aalund says “When I began my first drawings, I did not think that the old spiral staircase similar to other historic buildings will serve any purpose in a modern building. And it has to be economically viable. The central atrium has been created for more voluminous space. It is a fine balance between authenticity and a degree of reconstruction. The new steel staircase does not touch the old building. It is independent yet integrated. Remnants of the spiral staircase have been left intact under the steel staircase. The wooden staircase in the rear has been faithfully recreated. It was in a dangerous situation.” The debris in front of the collapsed building was a storey high. 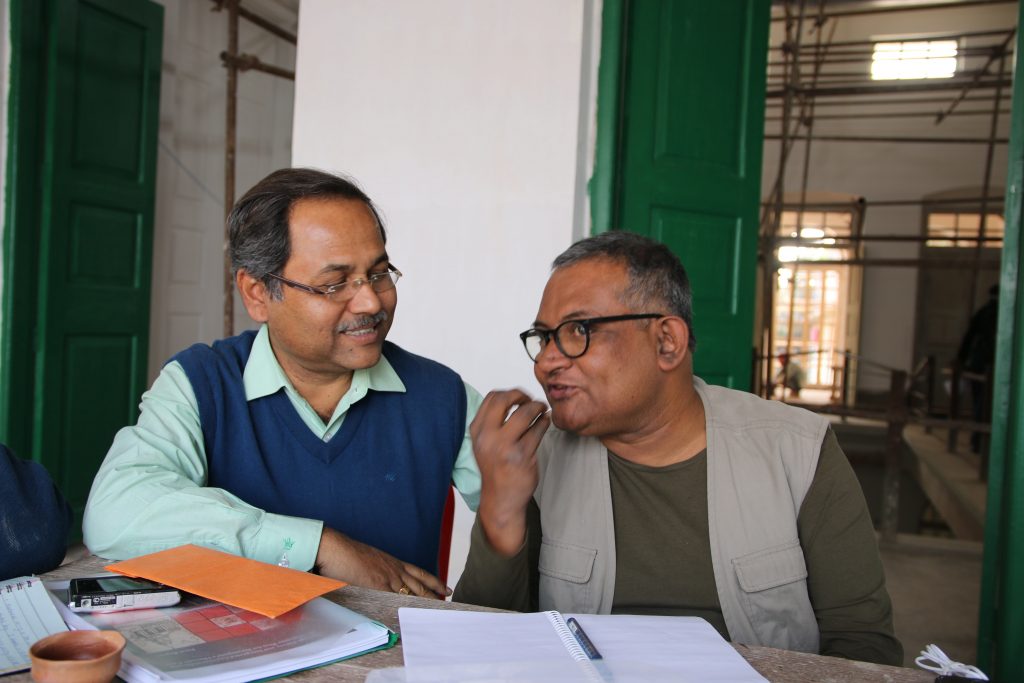 Conservation architect for the project, Manish Chakraborti, says the building had to be excavated to expose its bare bones and the load-bearing structures like the columns and the original staircase.

Although they adapted new to the old, and not the other way round, instead of timber, steel beams were used as the structural member of the roof and intermediate floors. Incompatible cement plaster was replaced with lime-sand breathable plaster. A specialised team of carpenter and artisans and masons from Murshidabad, Sundarbans, Serampore and other parts of West Bengal has accomplished this using traditional materials and old crafts techniques. Intach oversaw the project, acting as the agent of the Danish team.

Rasten says till the early 20th century, the peaceful town square used to be much more open with rows of casuarina trees. The project to revive it is underway.