Eunice De Souza lived her life in an uncompromising way and inspired generations of her students. 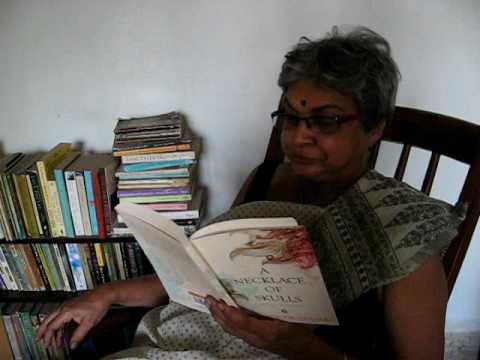 Words are insufficient to describe Eunice de Souza, poet, teacher, quiet crusader and fierce critic of all things hypocritical, including the church establishment, patriarchy and social mores. She passed away peacefully in her sleep just a few days short of her birthday. On August 1, Eunice would have been 77.

For those who loved her as a teacher, she continued to reach them through her Thursday columns in the Mumbai Mirror. She wrote like she taught, with that cutting edge. There would not be a single student who would not be moved by her in a unique way. She could be harsh with the goody-goodies and would suffer no fools, while making everyone think beyond their safe horizons.

I studied under Eunice in the late-1970s, in the post-Emergency period when the air smelt of hope and protests. She opened our eyes to the horrors of war through anti-war poets like Siegfried Sassoon and Wilfred Owen, the heart stopping magnificence of the romantic poets Percy Bysshe Shelley, Lord Byron and John Keats, the captivating magic of Samuel Taylor Coleridge and majesty of Lord Tennyson. Her love for the poets she taught was total and infectious. With ease she would link the poetry she taught with pulling down many shibboleths in the minds of most about their own lives.

She lived life without compromises. Those who live that way often live troubled lives. Not Eunice. At the same time, she had no qualms about talking about her battle with depression while offering you her favourite vodka and cigarettes, which just added to the aura around her.

Her love for the animals around her was legendary. The two  dogs who strayed into her house and stayed there, and her parrot Mr De Souza, will be bereft without her. She had stopped travelling outside the city because they would not be able to take it. She found absolute unconditional love in all the street dogs around her and so she would feed them and nurse them during their injuries and illnesses, much to the chagrin of the members of her middle-class housing society. It is those who lived in the slums around her colony who understood her the most, she would say.

She was magnificent even past 75 at the book launch of her last published book of poems, Learn from the Almond Leaf, in October last year at Kitab Khana. There she was with a walking stick in one hand, reading her poems to a full audience listening in rapt attention. Listening to her then, and reading those poems later, she was preparing everyone for her going away. Even there, she wrote in her inimical style.

Tell me, Mr Death
Date, Time, Place.
I have to look for my
Life-of-sin panties,
Make an appointment
For a pedicure.

And on a more melancholic note:

The moon is feeling her age.
All this waxing and waning
A long haul
to no purpose
Even the dogs howl.

The last email exchange that we had was over her Mumbai Mirror column titled Rambling Through History on July 20. She wrote,”Today’s column is a bit of a ramble. It starts clearly enough but I’m not sure how it will end, or rather, if the kind of events described will ever end.” She went on to describe the plight of millions of Irish who perished while fleeing the famine which was a creation of the civilising mission of the English. The way Eunice wrote immediately brought to mind the plight of thousands of Middle East refugees fleeing the wars created by the West to Europe’s shores.

When I wrote a mail to her remarking that the description of the Irish famine through the writers quoted by her in her column would make the reader think of what is going on around us even today, she replied, “Susan, you are the ideal reader. I like to write obliquely and not point the moral, and of course I had India in mind.”

In reply to my query on whether the sparkling humour expressed in her columns was a reflection of her good spirits and improved health, she said, “I am better thanks, but have to give up on some vices altogether if I want to be well.” And signed off with her signature “Love e”.

Eunice, you were and will remain a cult guru who rocked!

Susan Abraham is a Mumbai-based lawyer and activist.