Chart: What Are the Average Marriage Ages Around the World?

An analysis of UN data shows that the oldest grooms in the world can be found in Estonia, while the oldest brides live in Slovenia and get married at a median age of 34 years. 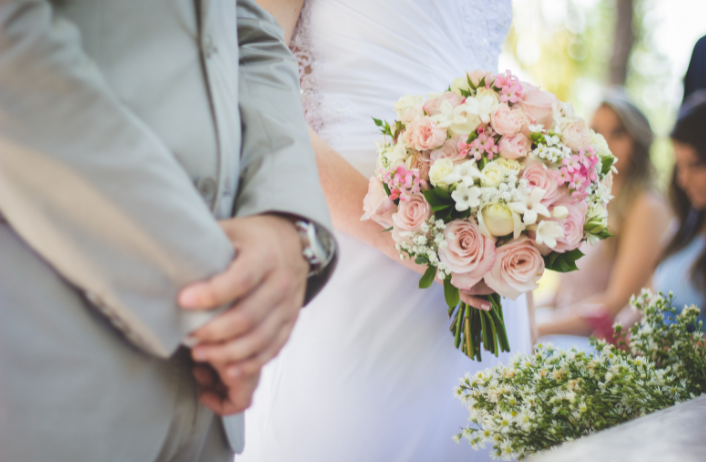 Marriage ages vary widely across the globe – with a lot of underlying reasons. An analysis of UN data (for all 83 countries where data for 2015-2018 was available) shows that the oldest grooms in the world can be found in Estonia, where men get married at the median age of 36 and four months, while the oldest brides live in Slovenia and get married at a median age of 34 years.

Median marriage ages tend to be higher in more developed countries, which is also where the age gap between men and women getting married was mostly, but not always, smaller. In developing countries, including many in Africa and Asia, people got married younger on average, with age gaps being a little wider at times.

Ireland was the country with the smallest age gap between men and women. Grooms were on average one year older than brides in Ireland, reflecting a global trend of male median marriage ages always being higher than those of females. Japan followed close behind with an age gap of 1.3 years. The highest marriage age in Asia could be found in South Korea at 31.5 years for women and almost 34 years for men. This was topped by the highest male marriage age in Africa, however, which exists in Namibia at 34.3 years and is similar to that of South Africa.

Mozambique had the lowest marriage age of the countries analysed, with women getting married at 18.7 years and men at 23.4 years. Some of the biggest gaps in marriage ages could be found in Senegal (7.8 years), Mali (7.1 years), Morocco (6.9 years) and Albania (6.2 years). Among African nations, a smaller age gap exists in Rwanda at just 2.6 years.

Scientific studies have found that smaller age gaps in marriages are correlated with higher socioeconomic status and higher class. In some developing countries, large age gaps show a reality of arranged marriages that are tied to families’ economic well-being through dowry payments as well as reflecting customs that value youth in women and experience in men.

For a developed nation, the US ranked quite low at marriage ages in the late twenties. Colombia is representative of at least of the handful of Latin American countries where data existed in the survey. In the region, people tend to get married in their mid to late twenties at an age gap of around three years. 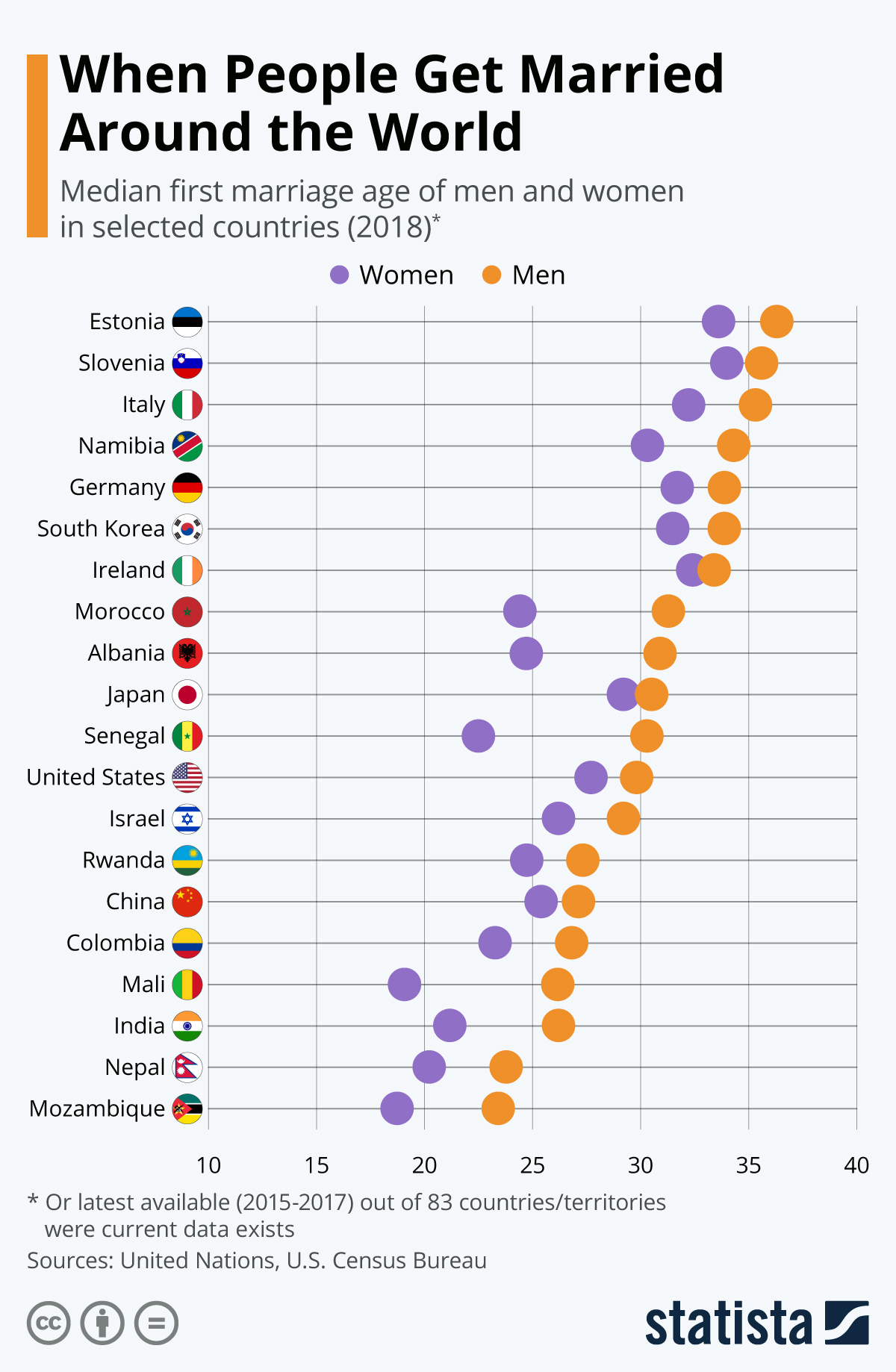