With New Anti-Terror Agency in J&K, Is Centre Accepting its Failures After August 2019?

The Union government had defended its decision to read down Article 370 by saying that it would put an end to militancy in Kashmir. 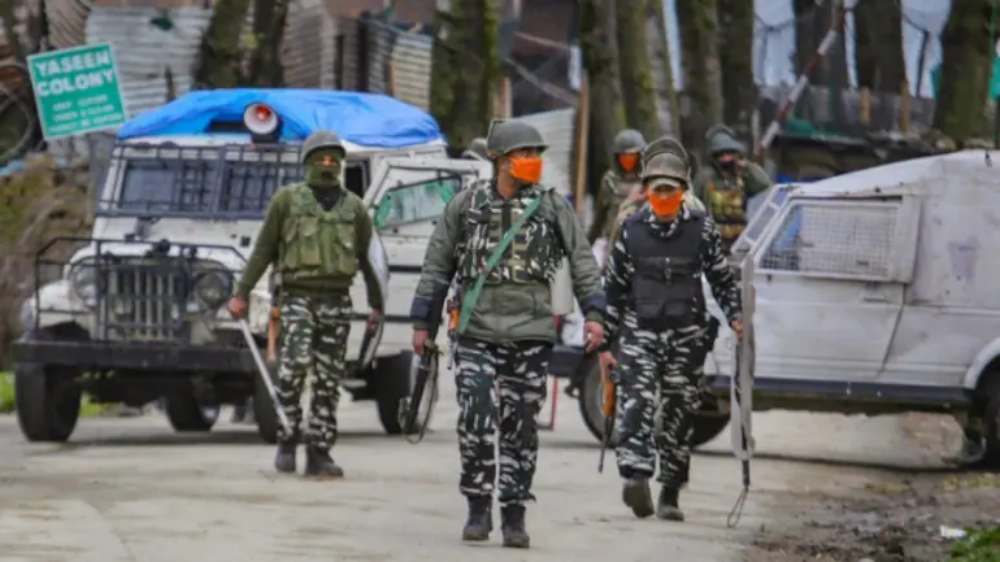 Srinagar: The Jammu and Kashmir administration has set the ball rolling for creating a new investigation agency which will take charge of militancy-related cases filed in the Union territory and prosecute offenders.

The announcement comes days after Union home minister Amit Shah ended his first visit to Jammu and Kashmir since the Union government read down Article 370 on August 5, 2019 and divided the erstwhile state into two Union territories.

Though the controversial scrapping of J&K’s constitutional status was accompanied by claims that the move would bring an end to the insurgency in the region, security analysts and political observers believe the decision to set up a new anti-terror agency immediately demonstrates the failure of the Modi government’s policy.

Professor Noor A. Baba, former dean of social sciences at the University of Kashmir, said the announcement is an “implicit admission” by New Delhi that “different challenges continue to exist” in Jammu and Kashmir despite Article 370 being read down.

“In certain respects, it is the undoing of Article 370 which was carried out by the Government of India with the specific claim that the Central laws were going to extend to J&K and investigation agencies will directly probe cases,” he said.

“Having a new [UT-level] agency implies that existing [national] mechanisms have not been able to address the specificities of the situation in Kashmir,” added Baba, who is based in Srinagar.

“It is an oblique admission of failure of the Central government (which directly runs J&K),” said Ajai Sahni, executive director, Institute for Conflict Management. “The new agency can become a substitute, an excuse or another element in the theatre of action where the government has failed.”

The Union government had defended the unilateral August 2019 decision by saying that it would put an end to militancy in Kashmir. Senior BJP leaders, including Prime Minister Narendra Modi as well as the home minister, have been stating in public rallies and official functions that militancy in Kashmir has ended following Article 370 being read down.

However, during his J&K visit in October, which came close on the heels of a spate of targeted killings of the members of Kashmir’s minority communities and migrant workers, Shah had reportedly expressed displeasure with the situation in Kashmir.

Also read: What an Angry General’s Unwarranted Admonition of Kashmiris Says About the Army and Politics

As reported by The Wire, the home minister, during a meeting at Raj Bhawan in Srinagar with top officers of various security agencies, wanted to know why, despite massive public outreach by the Union Ministers and heavy deployment of security forces, the situation had not stabilised in Kashmir.

“How will the new agency work differently?” asked Sahni, a terrorism expert based in New Delhi who runs the South Asia Terrorism Portal, an online platform that tracks militancy in the region. “They operate in same old frameworks and under same political bosses, so what is going to be different this time?”

The SIA will probe cases filed in J&K under the Unlawful Activities (Prevention) Act, Explosive Substances Act, Anti-Hijacking Act and Arms Act among over two dozen laws which have been listed in the order issued by the Home Department on Monday, November 1.

The agency will be headed by the chief of the J&K Police’s Criminal Investigations Department (CID), the police’s intelligence wing. Once the SIA starts work, all the station house officers (SHO) in J&K will have to necessarily report to the SIA when a militancy-related case is filed at police stations under their charge.

While the NIA has been mandated to probe the cases of terrorism under section 6 of the National Investigations Agency Act 20o8, it can ask the SIA to investigate such cases in J&K. Earlier, the SHOs reported the daily record of new cases filed at police stations to the concerned district Superintendents of Police or Deputy Superintendents of Police. Now, they would have to report militancy-related cases to the SIA as well.

The J&K administration has not offered any explanation for the rationale behind setting up a separate investigation agency in the union territory. Other than the SIA head, the Home Department order also doesn’t clarify the ranks of other officers who are going to work in the agency and whether they will be brought on probation from existing investigation agencies or hired afresh by the government.

Experts believe the move to create a new agency in J&K has been designed to give more teeth to the police’s intelligence wing. But this doesn’t answer why having a separate agency was preferred over increasing manpower of the J&K Police, arguably the country’s most experienced police force, and training them to carry out scientific investigations in a more professional manner.

Sources in the Home Department said the new agency will “take away the load of cases” under the UAPA and similar anti-terror legislations which, according to legal experts, are being invoked more frequently by authorities to curb dissent in J&K.

According to official data, more than 2,300 people have been booked under the UAPA while more than 1,000 suspects have been held under the draconian Public Safety Act by J&K Police since 2019, when the Union government read down Article 370. The Home Department order states that the such cases would be filed at the offices of CID in Jammu and Srinagar which have been notified as police stations under SRO-230 of 1977.

The investigation and trial of the cases taken over in J&K by the NIA is presently conducted in New Delhi, putting the families of suspects at grave inconvenience and restricting their chances of mounting a strong legal defence. “The new agency will lead to speedy trial of cases which sometimes linger on for months or even years,” the Home Department source said.

However, the announcement has sparked fears that the new agency will become a “tool in the hands of New Delhi” to “suppress and intimidate the people of J&K”.

“Creating a new investigation agency would only be perceived in Kashmir as another tool of repression to humiliate them [Kashmiris]. Such cosmetic changes will in no way help the BJP to sustain its false narrative that Article 370 was the root cause of separatism and terrorism in Kashmir,” said a former official from a national-level intelligence agency.

“Rather than heaping further miseries on the people of Kashmir, it is time for BJP to acknowledge its mistake and undo what was done to J&K on August 5, 2019,” the official continued, requesting anonymity because of new government rules penalising retired security officers for speaking publicly about their “domain” area of expertise..

Asked whether the new agency was a tacit admission of the failure of the BJP-led government’s policy, former J&K chief minister Mehbooba Mufti told The Wire that the “only progress” post Article 370 being read down “has been to successfully create more tools of state suppression” in J&K.

“As if the Enforcement Directorate, Central Bureau of Investigations, J&K Police, NIA and other compromised institutions and draconian laws weren’t enough to maintain the facade of normalcy, we now have another agency with sweeping powers,” she said.

CPI(M) leader M.Y. Tarimagi said the agency would be “empowered with unbridled powers” to launch an “assault on democratic rights and civil liberties of citizens”. “In the name of fighting terrorism these agencies and laws are being weaponised against the citizens who hold a different viewpoint from the government,” he said in a statement.

The PDP chief also suggested that the Central government will arm the new agency with “sufficient impunity to repress people” in Kashmir.

“Institutions that gave people a sense of security and justice such as women’s commission and others have all been dismantled but GOIs priority is to expand the instruments of suppression in its toolkit,” she added.

Baba agrees: “What was the need for a separate agency when J&K is a centrally administered territory? With a clear focus on J&K, the agency will be more repressive with more power and it will act more arbitrarily?”

“It is a stark reminder that Kashmir continues to be the challenge that it was before Article 370 was read down,” he added.

“There has been clear lack of progress on the claims that removal of Article 370 would end all terrorism in J&K,” said Sahni. “The new agency is a clear admission that the government has failed to realise its plans.”