The 1968 Act vested police powers with the BSF in the border region because state police forces were thinly deployed and under-equipped. Expanding those powers today makes no sense, unless the aim is to encroach on the rights of states. 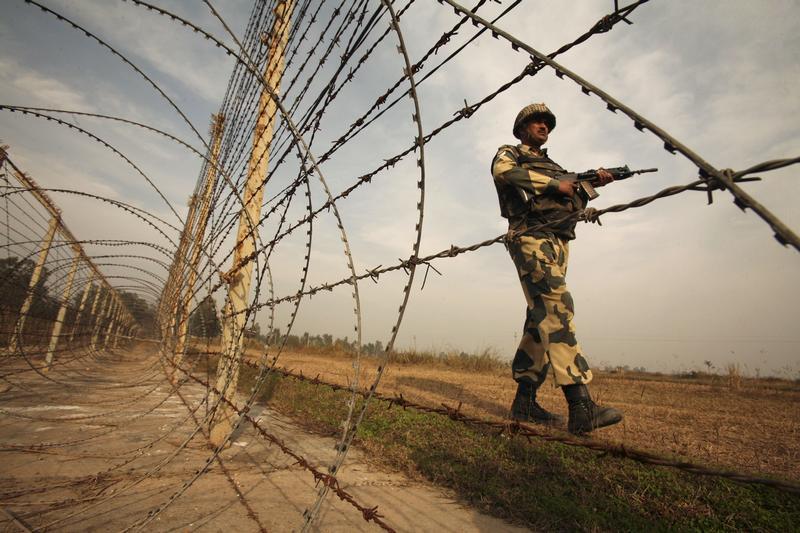 New Delhi: Through a gazette notification on October 11, the Union home ministry has amended the BSF Act to authorise the Border Security Force to undertake search, seizure and arrests within a 50 km width, instead of the existing 15 km, from the international border in Punjab, West Bengal and Assam.

In Gujarat, the width where the BSF can exercise police powers has been reduced.

The decision is controversial and has been seen by Punjab as an attack on the principle of federalism because the BSF is a central paramilitary force (CPMF) which reports to the Union government whereas policing is meant to be a state subject under the constitution.

What are the peacetime tasks of the BSF?

Before we analyse this controversy, a quick recap of the objectives of raising the BSF, its role and responsibilities would be in order. Nowadays, the present BSF chief officially prefers to speak of its role in terms of a somewhat vague ‘border management’ so as to fend off direct responsibility in case of trouble.  However, the BSF Act, 1968 spoke clearly in terms of ‘ensuring the security of the borders of India and for matters connected therewith’.

A page on the BSF website (accessed on October 14) – which could perhaps not be modified to keep in tune with the vagueness implicit in the use of the words ‘border management’ –  clearly says that the force’s peacetime tasks include preventing trans-border crimes, unauthorised entry into or exit from the territory of India and also to prevent smuggling and any other illegal activity.

Reasons why BSF was given police powers

One fundamental fact, which political leaders and even serving officers of the police and the BSF miss, is that there is a reason behind why police powers were initially vested with the BSF in the first place.

These powers were given to the BSF in 1968 because, in that era, the presence of the state police was generally thin all over and especially in the border areas. It was to compensate for this that the BSF was created in the first place and then equipped with police powers in the border region.

However, since then, state police forces have undergone unprecedented expansion both in terms of personnel and resources.

In addition, in the 1960s and ’70s, wireless connectivity was very poor and telephones were rare. Though the STD facility was introduced in India in the 1960s, most government offices and even senior IAS/IPS officers were not given direct dial long distance calling on their official phones, even in the 1980s. Field offices depended on trunk calls which used to connect after long waits. Mobile phones did not exist. 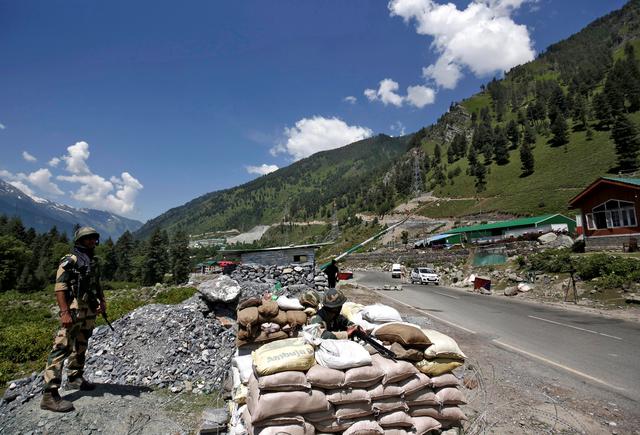 Not only were roads leading to the border areas extremely poor, but police stations had few vehicles – the most common was a motorbike for the Station House Officer.

Where senior officers were given jeeps, they came with a monthly cap of 45 litres of petrol – the fuel tank capacity of Willys jeeps. Security forces like BSF and army depended mostly on trucks.

As such, the security forces stationed in the border areas operated virtually on their own and in the dark.

Hence, there was some justification for giving police powers to the BSF through Section 139 of the BSF Act – to ensure that the Customs Act, Passports Act, FERA, Central Excises and Sales Act, Passport (Entry into India) Act and Foreigners Act could be enforced.

Had they not been given such powers, given all the above mentioned problems of transport and communication, they would have found it extremely difficult to produce accused persons before relevant courts within the time periods stipulated by the Criminal Procedure Code.

However, this rationale has become superfluous in this era of improved communication. In addition, each battalion of the BSF has nearly 50 vehicles of different kinds. This means that they can contact the police almost immediately after they make an arrest or seizure and the police can also physically reach them with much more ease than before.

Nowadays, the state police at many places co-exists with the BSF and is constantly in touch.

If not, why this move? If so, why had the Union government not sought the response of the state governments first?

State governments have reacted as if they too were surprised by this.

Unnamed officials have told Indian Express that the move is meant to ‘improve operational efficiency’ and ‘crack down on smuggling rackets’.

“Operational efficiency” is a vague term. Viewed in its entirety, it would reflect upon the functioning of the entire organisation. Since its personnel are often killed in the line on duty, a sense of sympathy and respect has prevented a truly critical evaluation of the BSF.

The ostensible objective of cracking down on smuggling rackets indicates that the Union government was late in realising that the earlier width of the border belt was insufficient.

Does this decision mean that until now, state police in the area between 15 km to 50 km was shielding smuggling rackets or creating hindrance to the BSF?

Thus, if smuggling is the major concern, what could be the logic of increasing the width of the border belt in Punjab?

The border along Punjab is completely fenced except for a few riverine stretches. If it is argued that rampant smuggling takes place in spite of this fencing, the integrity of BSF officers and the entire system of their functioning must be questioned. Clearly, increasing the width of the border belt will not improve the functioning of the BSF if the ‘loopholes’ in the fencing remain unaddressed. 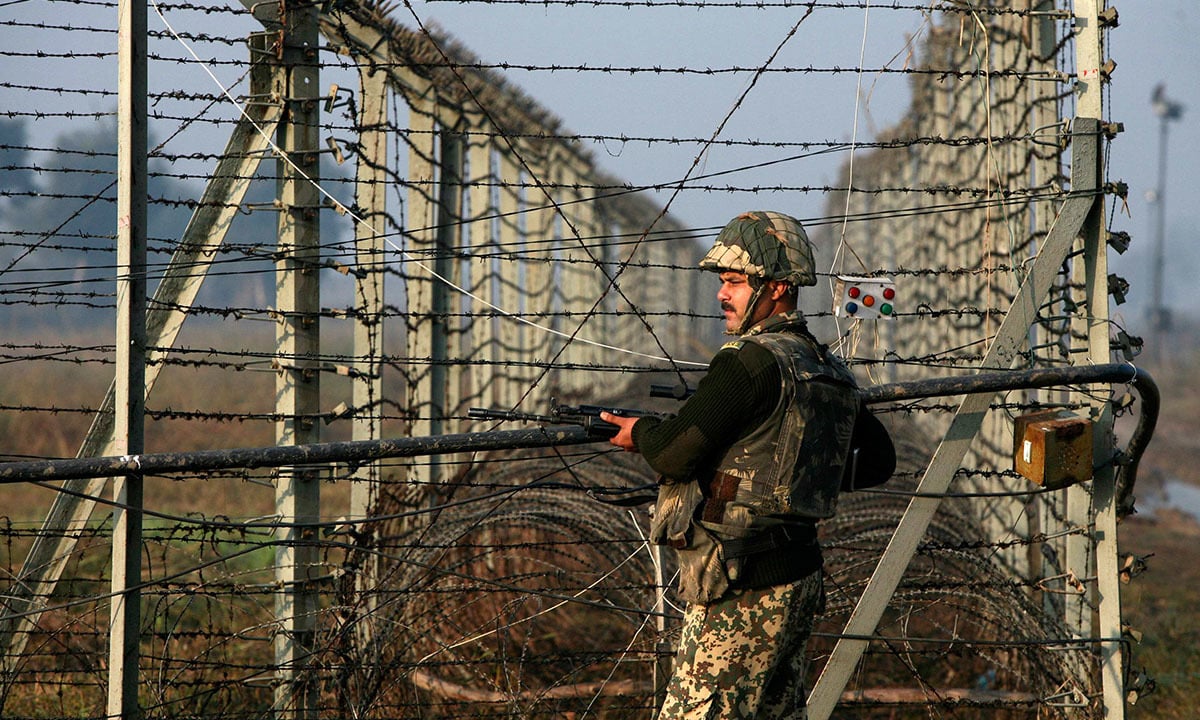 MHA’s own stand before parliament is contradictory

In the 203rd Report of the Department-Related Parliamentary Standing Committee on Home Affairs titled ‘Border Security: Capacity Building and Institutions’ (presented to the Rajya Sabha on April 11, 2017), the Committee had discussed the issue of smuggling in detail.

It said, “The India-Bangladesh border (IBB) is highly porous and a hotspot of illegal immigration, cattle smuggling and human trafficking.” When the Committee sought to know the primary reasons for cattle smuggling along IBB, the ministry replied that the following factors are responsible:

(i) Densely populated areas and presence of nearly 300 villages within 150 yards of the International Boundary.

(ii) The cattle seized by the BSF are handed over to the Customs authorities who dispose them of by auction and very often the cattle so auctioned find their way back to the smugglers.

(iii) A section of local population in the bordering districts is deeply entrenched in smuggling activities.

Nowhere had the MHA said that the BSF was handicapped because of an insufficient width of the border belt.

The curious case of Gujarat

In any case, it is hard to reconcile the arguments being made for increasing the width of the border belt with the simultaneous reduction in the width for Gujarat.

If the BSF’s mandate in a state like Punjab are being expanded allegedly in order to deal with drug smuggling, the MHA needs to explain why the BSF’s mandate in Gujarat is being reduced despite the recent record haul of nearly 3,000 kg of heroin from a port in the state. Granted, the seizure was from a port but there is no reason to believe that smugglers would risk their entire business on one consignment through a port. They must be sending many more consignments through other routes too, including land.

It should be kept in mind that the BSF is responsible for security in the creeks also.

There does not seem to be any necessity of increasing the size of the border belt, except to encroach upon the territory of the state police and thus, indirectly, to put pressure on state governments.

Thus, there is indeed truth in the claims of Punjab and West Bengal that have described the MHA’s latest move as an ‘irrational decision’, a ‘direct attack on federalism’ and an attempt to ‘interfere through Central agencies’.

R.N. Tiwari is the pseudonym of a former government officer.