The relatively small tactical operation did not meet its military objective but generated spectacular political theatre. The release of the videos in the run up to the elections is further evidence of the true nature of the exercise. 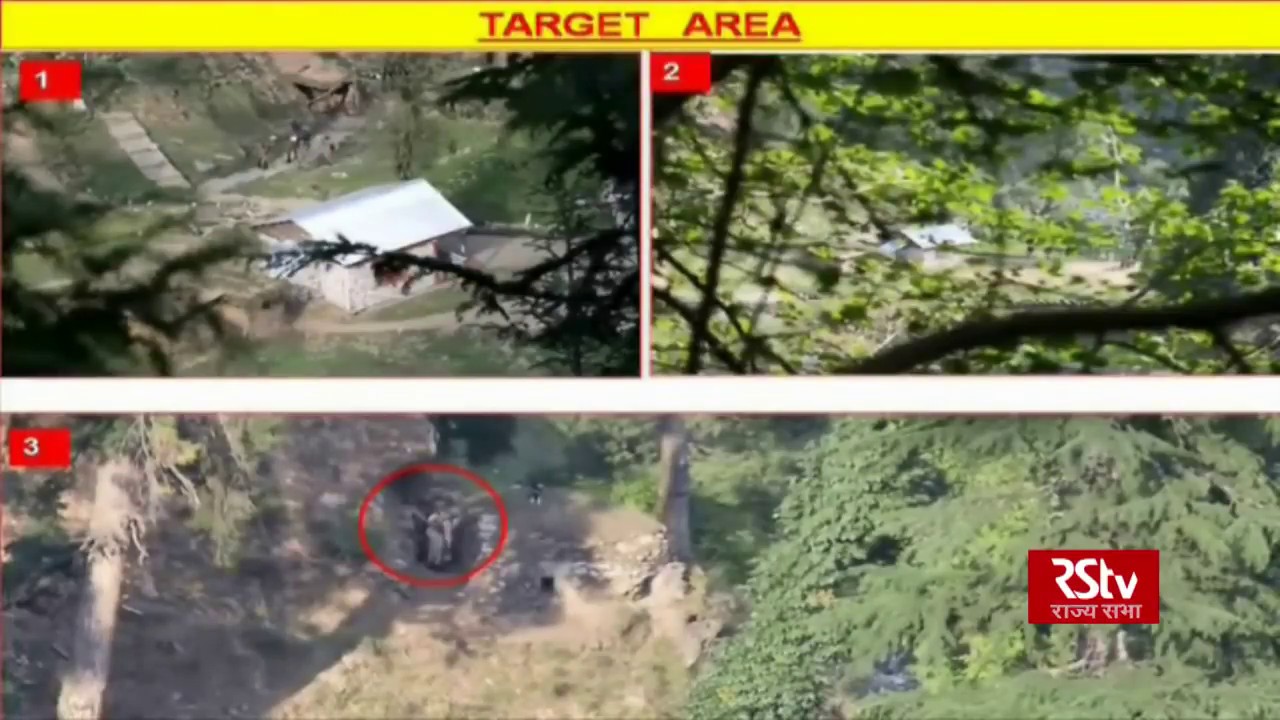 Montage of images from the video footage of the September 2016 surgical strikes by the Indian Army inside Pakistan-occupied Kashmir. Credit: RSTV

What was the purpose of the so-called surgical strikes of September 28-29, 2016, video footage of which has been officially leaked to a clutch of pro-establishment television channels?

The simplistic answer would be “revenge” for the September 18 attack on the Uri brigade headquarters’ administrative area that led to the death of 19 soldiers. But modern military logic does not cater for goals like “revenge”. The attack was too limited to ensure the neutralisation of the part of Pakistan Occupied Kashmir from where the militants had launched their attack, let alone lead to its recapture.

So the goal was deterrence by punishment. The attacks were meant to deter Pakistan from carrying out Uri-like attacks, with the threat that such actions would be met by punishment. For the threat to be credible, of course, India would have to act every time the Pakistanis attacked.

Sadly, the record shows that the Pakistanis were deterred for just about two months. This is clear from the list of attacks launched by cross-border militants, usually Pakistanis, who have, as in the case of Uri, infiltrated into India. Mind you, this does not account for the every-day encounters that take place in Jammu and Kashmir, only those that are similar to the attacks that the army action was supposed to deter.

In November 2016, just two months after the so-called surgical strikes, the Pakistanis struck again. This time, the attack was arguably much more serious since, unlike Uri which is adjacent to the border, the target was the headquarters of the 16 Corps in Nagrota that looks after the Poonch, Rajauri and Jammu areas. Seven army personnel were killed, including two majors.

Then in April 2017, a fidayeen attack by Lashkar-e-Tayyaba militants in the Panzgam area of Kupwara led to the killing of three Indian soldiers, including an officer.

In May, four LeT militants were killed as the army foiled an infiltration bid along the Kupwara area. The army, which seized a large number of weapons from the dead militants, said these were highly trained fidayeen who were equipped to conduct a major strike.

In September, the army again managed to pre-empt a freshly infiltrated fidayeen group and kill all three of them in the Kalgi area of Uri, before they could mount an attack.

In October, the Jaish-e-Muhammad carried out a pre-dawn attack on a BSF camp near the Srinagar airport in which a junior officer of the BSF was killed and three others injured. The militants, three of whom were killed in the attack, were part of a group that had infiltrated in August and had also carried out the Pulwama attack that month.

On the last day of the year, a fidayeen attack on a CRPF camp in Pampore led to the killing of five CRPF personnel. The Jaish-e-Muhammad claimed responsibility for the attack.

Earlier this year in February 2018, five army personnel and a civilian were killed following a JeM attack in the early hours of February 10, at the Sunjuwan military station close to Jammu city.

The bottom line is that the Pakistanis were not deterred.

Since the so-called surgical strikes did not meet their larger military objective, it is clear that they were a relatively small tactical operation which had little lasting impact. But they have generated some spectacular political theatre and are continuing to do so. Perhaps that was their purpose all the time, as far as the Modi government is concerned.

The issue is not the strikes themselves, nor their scale, which, for the first time involved multiple points of simultaneous attack. These were justified given the Uri raid that led to the loss of so many Indian soldiers. What was unjustifiable was their goal, which seems devoid of any military logic. Instead, they were used by the Bharatiya Janata Party in the Uttar Pradesh elections. Posters hailing the attack were spread across UP where an election campaign was on. The prime minister appeared at a Ram Lila function with a fake Sudarshan Chakra, the mythical weapon Krishna wields in the Mahabharata. The then defence minister Manohar Parrikar declared that “Like Hanuman, the army did not know its power. I made our armed forces realise their power.”

There was triumphalism all around, which is now being repeated through the videos being circulated by the ‘usual suspect’ TV channels.

This only confirms the tawdry fact that the surgical strikes had a purely political purpose then, and their videos are being used for the same purpose now. Especially since the leak of the video is taking place two years after the event, suspiciously close to the next general elections.

It is not unusual or wrong for governments to use military achievements in an election campaign. But what is questionable is the tactic of converting a minor tactical operation into a major military triumph. In this, India’s establishmentarian TV channels are doing a grave disservice to the public. The director general military operations’ own announcement at the time of the strikes was properly low key and did not make the kind of claims that are being made on the army’s behalf now.

The hype by the BJP and the media is wrong for two reasons. First, the Indian Army has fought many wars and campaigns and sacrificed a lot of lives in operations and wars of much greater magnitude. To pass of a small tactical operation as a major strategic victory is an insult to their achievements. Second, in doing so, the government is deceiving the people by claiming that cross-border terrorism has been deterred,  while the record clearly shows that it has not.