'Is there military reform in this somewhere or is it in line with Modi’s proclivity to make important announcements giving little or no notice, like that of the demonetisation in 2016 and the lockdown in 2020?'

The noise surrounding General Rawat’s sudden appointment as CDS for three years, a day before he retired as the Chief of Army Staff (CoAS) in December 2019, was thunderous. The silence over his successor is mysterious, but ironically, equally deafening.

“In many WhatsApp groups, especially those of defence forces veterans, rumours and gossip of behind-the-scenes machinations along with narratives of palace intrigue are doing the rounds regarding the next likely CDS,” said military analyst, retired Colonel K. Thammayya Udupa.

Writing recently on the Rediff.com news website, he goes on to state that the agenda of defence reforms was believed to be close to Prime Minister Narendra Modi’s heart, and hence it was widely believed that a new CDS would be summarily appointed to succeed General Rawat.

But over four months later, India still does not have a CDS, the former army officer added.

Other service veterans and senior Ministry of Defence (MoD) officials echoed similar sentiments. They said this delay clearly demonstrated that the post of CDS was not ‘overly critical’ to military reforms, despite the urgency displayed by the Modi administration nearly three years ago in making that appointment. 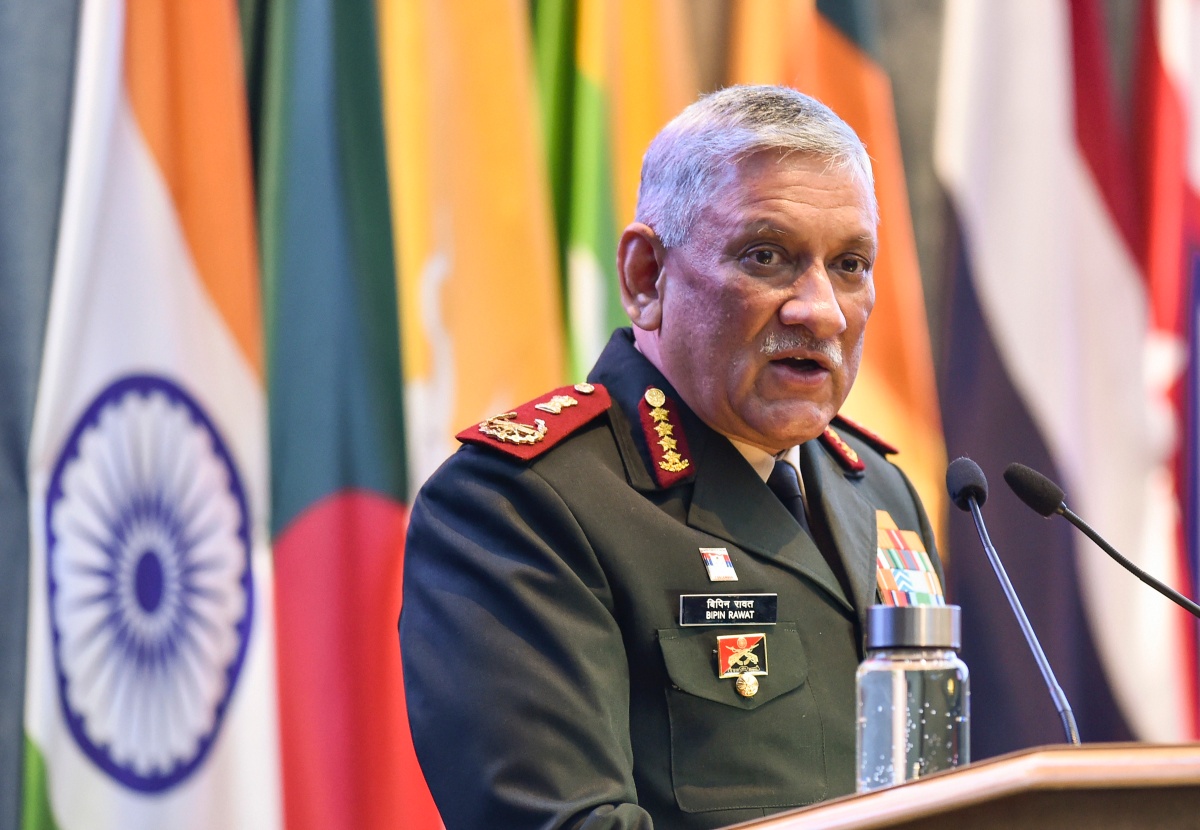 “The government’s casual and secretive approach to nominating a new CDS reveals the low priority it accords to naming General Rawat’s successor,” said a retired two-star army officer. Obviously, for the government, the CDS post is not really what it was initially cracked up to be, he added, declining to be named.

Others darkly hinted at a ‘conspiracy’ involving MoD civil servants who were reportedly resentful of the eclipse in their authority that General Rawat had brought about in the ministry, through bellicosity and brio. For, other than being the single-point advisor on military matters to the Defence Minister, the CDS is also the Permanent Chairman Chiefs of Staff Committee and  Secretary of the newly created Department of Military Affairs or DMA. He is also responsible for prioritising material procurement for all three services, besides being the military advisor to the tri-service Nuclear Command Authority, thereby subsuming a large proportion of the authority and control hitherto exercised by senior MoD personnel, who clearly remain incensed over their depreciated authority.

However, soon after General Rawat died along with 12 others in an Indian Air Force (IAF) Mi-17V5 helicopter crash in Tamil Nadu, there was widespread speculation in the media, including The Wire, and in military circles that General Manoj Naravane, who retired as the Army Chief on April 30, was an automatic ‘shoe-in’ as India’s second CDS. The broader reasoning espoused was that military planners had tentatively determined that the first two-or even three-CDS’s needed to be from the army, the largest and most widely deployed of the country’s armed forces to usher in long-deferred reforms and to initiate ‘theatreisation’ of the three services.

Also read: Here’s Why the Appointment of India’s Second CDS Is Likely to Be Deferred for a While

And since General Naravane had worked closely with General Rawat, first as the Vice-Chief of Army Staff and later, when the latter was elevated to the country’s topmost military post, his elevation as CDS was considered within and outside the force as a fait accompli. General Naravane had also been appointed the ‘acting’ Chairman Chiefs of Staff Committee in mid-December 2021, a move that also contributed significantly to the belief that it was only a matter of weeks before he became the CDS before superannuating as the CoAS on April 30.

Senior military officers further hinted that even within the army there was widespread conviction that General Naravane would be the next CDS, as he reportedly was not ‘dined out’ by the respective commands, or even by Army Headquarters that normally hosts this traditional ceremonial event at the Army Battle Honours Mess in Chanakyapuri in New Delhi. This only further fuelled chatter in the ‘fauji langar’ regarding General Naravane’s appointment as the forthcoming CDS. 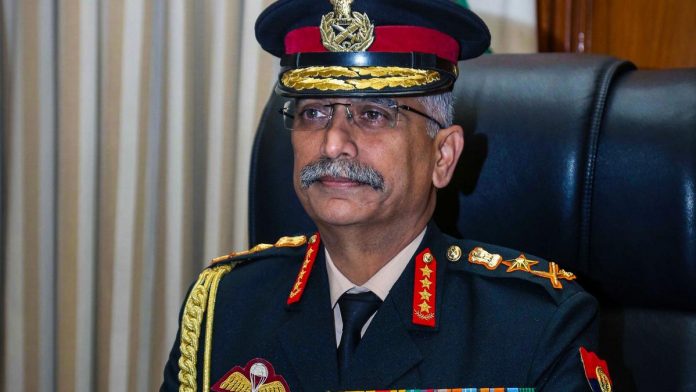 Furthermore, analysts hypothesised that once the government had decided on Lieutenant General Manoj Pande, the former Eastern Army Commander and later the Army Vice-Chief as General Naravane’s successor, the latter would simply move up the ladder as the CDS. Obviously this has not transpired, though conjecture is still ripe that it could well ensue, but the possibility of it occurring had considerably dimmed.

Meanwhile, there is speculation in security circles that the government could well appoint retired Indian Navy Chief of Staff Admiral Karambir Singh as the new CDS. Defence analyst Bharat Karnad recently argued, somewhat obliquely, that as a former helicopter pilot Admiral Singh who retired in November 2021, would be acceptable as CDS to both the IAF and the Indian Army- albeit via the Army Aviation Corps that also operates rotary-wing platforms. Helicopters, Karnad rationalises, were the lynchpin endearing the former Indian Navy chief to the two other services.

Writing in Security Wise, a geo-strategic, military and foreign policy website, Karnad stated that if indeed the former “phlegmatic” Indian Navy chief became the CDS he would have to ‘root out’ from the CDS secretariat his predecessor’s antipathy to expeditiously and extensively establishing military bases on the Indian Ocean Region. Consequently, he would need to carve out a ready-use expeditionary element in the Indian armed forces to counter China’s fast-growing footprint, and effectively handling crises in this strategically critical region.

Also read: Vacant for More than a Month, the CDS’s Role in an India that is Nuclear Needs a Serious Rejig

But other defence analysts spotlight the inherent drawbacks in appointing a retired officer as CDS in a highly status conscious milieu where upward mobility is ordained by seniority and one in which pensioners are cynically considered ‘has-been’s.

“It going to be difficult, if not impossible, for the services to accept any retiree as the CDS,” said a former two-star Navy officer. It could also end up restricting the CDS’s wider operational responsibilities if it happens, confining his role to that of merely a secretary in the DMA, he added.

Meanwhile, in his incisive analysis in Rediff.com Colonel Udupa roundly criticised the Modi government for inordinate delays in announcing the names of service chiefs to replace the ones retiring, well in advance, so as to enable them to be adequately briefed and to position personnel to suit their individual vision. These latter activities could take anything up to two months, hence the logic in announcing the names early, he reasoned.

Colonel Udupa goes on to state that in eight of nine such service chief appointments executed by the BJP government after it assumed office in 2014, the average timeline in making these announcements was just 17 days, compared with 56 days by previous administrations.

He illustrated his thesis by declaring that General Rawat’s name as the CoAS was announced on December 17, 2017, merely 14 days before he was to assume office. Similarly Air Chief Marshal B.S. Dhanoa took charge of the IAF on January 1, just 13 days after his appointment was made public. Thereafter, his successor R.K.S. Bhaduria assumed office on September 30, 2019, 11 days after being shortlisted as ACM.

Correspondingly, General Naravane’s appointment was made public on December 17, 2019, a fortnight before he became CoAS and two weeks ago General Pande was designated the Army Chief a mere 12 days before he took over on April 30. The only exception Colonel Udupa pointed out was in the instance of Admiral Karambir Singh whose appointment was announced 69 days before he assumed office on May 31, 2020.

“Announcing the name of a successor service chief as late as possible has now become a characteristic of this government,” declared Colonel Udupa. This stands on its head the earlier belief that an early announcement helps in a well-planned and smooth change over, he said.

Is there any military reform in this somewhere, he asks, or it is in line with Modi’s proclivity to make important announcements giving little or no notice, like that of demonetisation in November 2016 and total lockdown in March 2020?

Other senior officers said this penchant to take such matters so close to the finish line also ‘dented’ morale amongst higher defence personnel, as there were several hopefuls vying – and lobbying – for the top job and all vacancies in the military’s pyramidical structure were watchfully monitored by aspiring officers.

But, as a senior army officer said, if retirees now become a vital part of the military’s hierarchy, it would further precipitate a psychological hurdle upon an already complex situation at a time when the security situation in the neighbourhood and beyond was highly tenuous.