What Good Is Our Patriotism if We Only Praise the Jawan, and Not Join Him?

Will some Ambani, Tata, Birla, Gandhi, Shah or Modi ever be in the combat army, or will dying for the country be left only for the middle and lower classes? 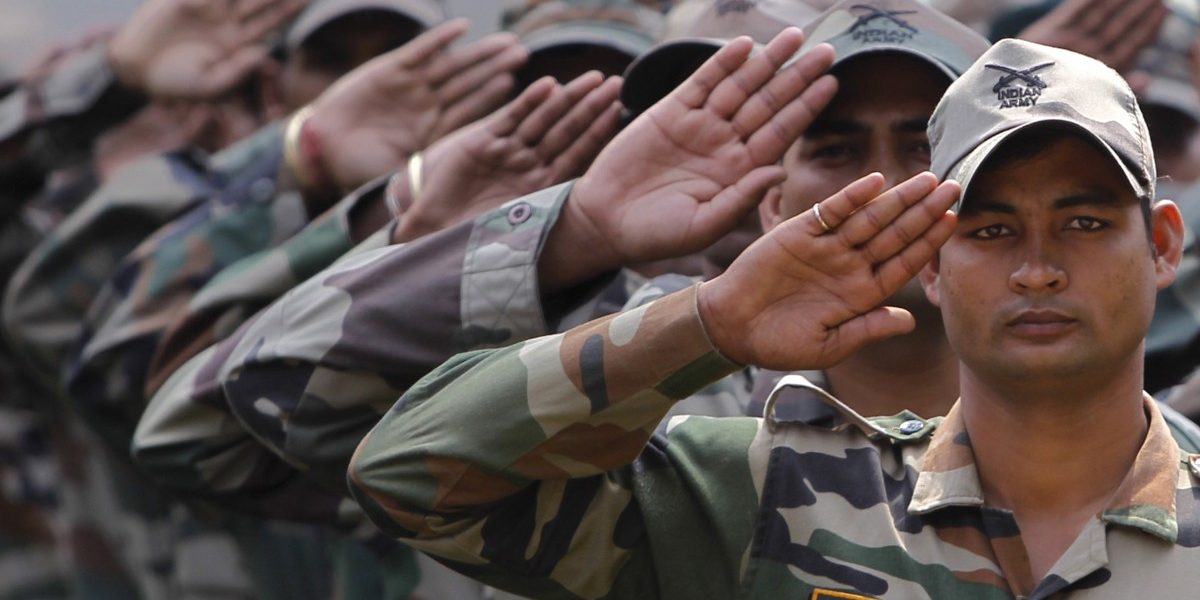 NDTV’s Mojarto ran a contest with the theme ‘Your Message to the Indian Soldier‘, which was pegged as an initiative that “will teach, remind and instil a sense of patriotism and gratitude towards the Indian soldiers through an engaging art competition for the children”. How apt for August 15.

The idea of children painting feverishly to send emotional messages to the soldier ‘uncle’ on the border is really heart-warming – a salute to the real heroes of our nation. The notification explaining the theme for 2018 further says: “As we celebrate our 72nd year of independence, we think it is important to remember the sacrifices made by our brave countrymen and women. Even today, more than 1.4 million Armed Forces are putting their lives on the line to protect us and the nation.”

Of course, our nobility loves the jawans. Who can dare even question the jawan, much less oppose him? But how deep does this commitment run? Is our nobility paying the butcher’s bill?

Despite being involved in the Second World War for years, the Western world has more than just survived, it has prospered. Continued independence and prosperity did not come easy though. Their nobility paid the Butcher’s bill. There are some fascinating responses online to the question ‘Why didn’t the British aristocrats use their wealth to escape the draft during World War I?’ Such as:

Personally, I have had the honour to serve in an illustrious regiment, the 4 Gorkha Rifles. Initially, it was known as 4th PWO (Prince Of Wales’ Own) Gorkha Rifles. The three ostrich feathers on top of the badge denoted the heraldic badge of the Prince of Wales. Below it are inscribed the words ‘Ich Dien’, meaning ‘ I serve’. It was not a mere boast by the Prince of Wales because the prince actually served and fought for his country.

During the Second World War, Hollywood served as well, as documented in the book Five Came Back. The iconic movie directors George Stevens, William Wyler, John Huston, John Ford and Frank Capra were at the top of their careers when the war came knocking. Realising the need to film the war first-hand to portray the efforts back home, these five wealthy men gave up their comfortable lives to serve their country. They joined the troops when they landed from their assault crafts in Normandy in the first wave. Being in a place where there were no scripts and no third acts, they came back with live footage of what they saw. The documentaries they made truly galvanised the nation.

Stevens was with the First Allied unit that entered the Dachau concentration camp after the Germans had fled. No one was prepared for the horror. And as an army unit, they were unable to do much right away for the many inmates who had survived. Stevens filmed as much as he could, and his film would be used as evidence during the Nuremberg Trials. The experience shattered hm, and it was years before he could return to making movies again.

The Indian nobility believes that ‘The soldier is indeed doing a great job. I’ll be pleased to draw out a cheque for him.’ It is good of them to praise the army. It’s also nice of them to remind the soldiers to do their patriotic duty and lament that they themselves are too old to join now. But the jawan knows that their son or grandson is not that old. What the soldier wants is for the defence minister to say to them, ‘Great job, guys. Keep it up. Please die this time for me as I can’t train up in a hurry. But the next one is on me. I am directing my son/grandson to join up. Your’s can relax. My family will take up from here. Just as that of the Queen of England did. Ich Dien. I serve.’ 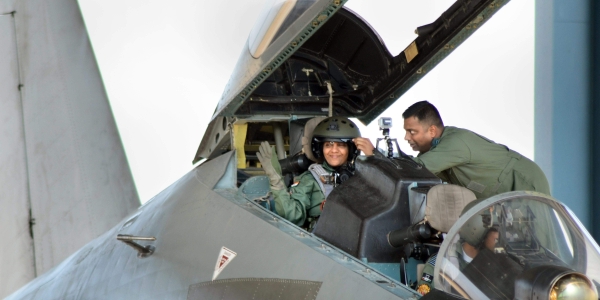 Defence minister Nirmala Sitharaman in the cockpit of a fighter aircraft, with the national colours on her sleeve, does make for a lovely shot. But can Indians ever hope to get her grandson or the defence secretary himself to join the army – as a combat soldier, not as a territorial army one? A soldier who actually moves in the first wave?

Or some Ambani, Tata, Birla, Gandhi, Shah, Modi to be in the combat army? Will dying for the country be left only for the middle and lower classes? More so to those who actually need a job and are not so much swayed by any sense of patriotism? As for employment opportunities, the officer cadre in the army alone can take in about 8,000 young men more with basic educational qualifications. Nothing fancy required and the pay isn’t terrible.

Of course, that will never happen. The Indian nobility will just open up its purse strings and buy its way out.

The defence ministry won’t even do that. All they’ll do is to maim its own soldiers, as documented in Navdeep Singh’s Maimed by the System. The book is a collection of accounts of defence personnel, military veterans, disabled soldiers and their kin who were wronged by the system but fought and successfully claimed their rights and dues. These are real stories of such individuals who had to put up difficult and protracted battles with the officialdom, something they were clearly unprepared for, to claim their basic rights post disability, post battle and many posthumously.

You may have enjoyed August 15, but on the 16th, introspect. It will show you that the ‘Us’ and ‘Them’ is not the Hindus and non-Hindus, but the Indian nobility and the Western nobility. Ours only talk of patriotism while theirs actually walk the talk.